MESUT OZIL reportedly threw his bib towards Fenerbahce manager Vitor Pereira after being left on the bench at the weekend.

Ex-Arsenal star Ozil, 32, was named as a sub for Sunday’s 2-1 win against Kasimpasa. 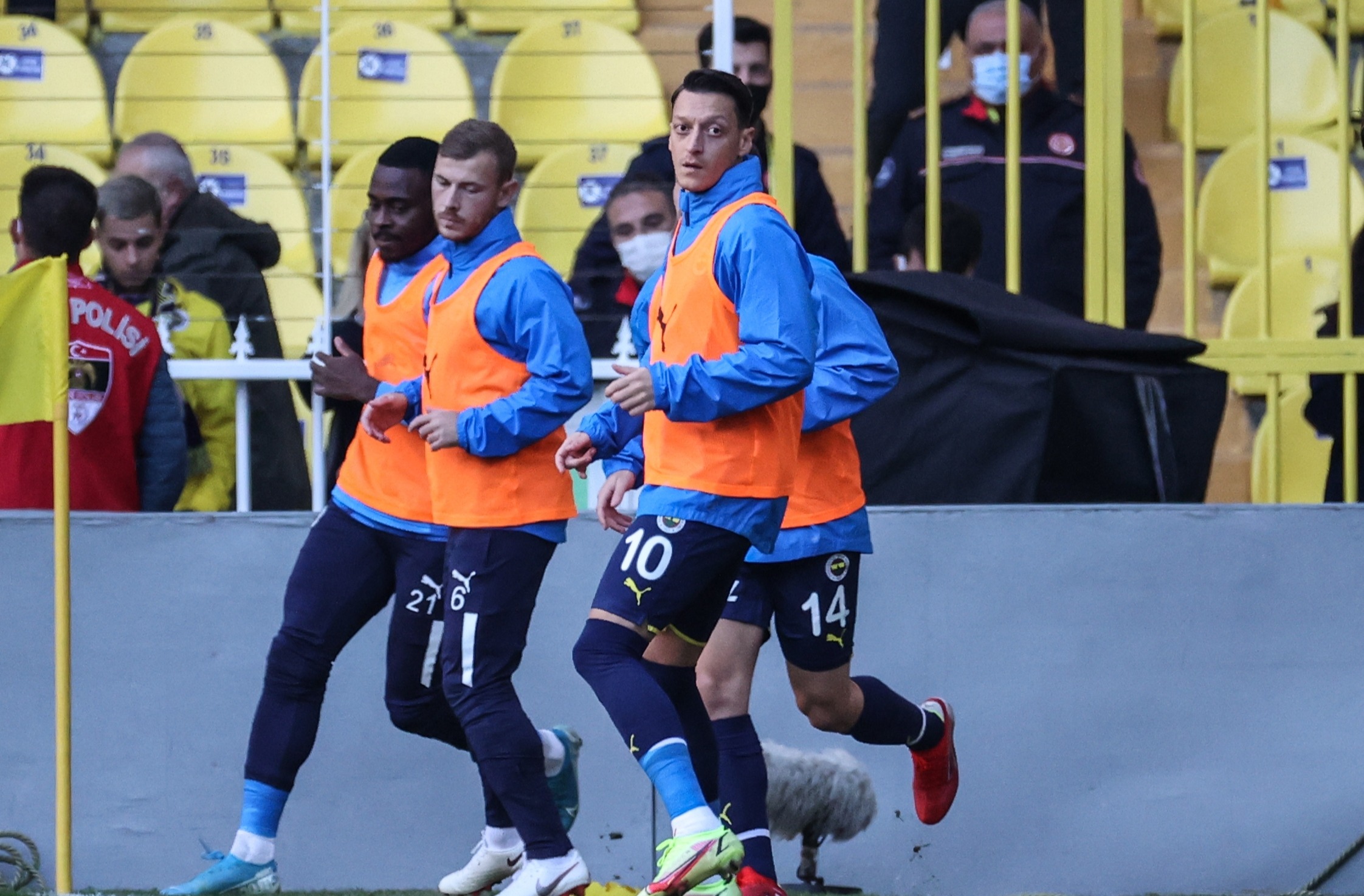 That’s despite many expecting him to start after the playmaker missed Thursday’s Europa League defeat to Olympiacos through illness.

Ozil spent almost the entire second half against Kasimpasa warming up on the touchline.

But he was never called upon by Pereira as one of Fenerbahce’s replacements.

And Goal claims Ozil showed his frustration at the end of the game by throwing his bib in the boss’ direction.

But club president Ali Koc has played down talk of a rift between Ozil and Pereira.

He explained: “The biggest dream of the coach was to play the game on Thursday under the leadership of Mesut.

“Mesut’s biggest dream was to show his ability in Europe once again, but he was unlucky because he fell ill.

“Mesut came here to be the leader of the squad that will make Fenerbahce champions after seven years.

“He will do that too. He will show the world who he is.”

Reports last month claimed Ozil is ‘unhappy’ at the club after being subbed in each game he's started.

It’s reckoned the German is eyeing a potential January exit as a result.

And Ozil could be tempted to take up offers from America and Qatar, despite having a contract with Fenerbahce that runs until 2024.

However, his agent Erkut Sogut said: "Mesut Ozil grew up with the love of Fenerbahce and now he feels the sensation of wearing that shirt.

"He is very happy, he always gives his best for the success of Fenerbahce.

"There are some footballers who come to Turkey because they cannot find another club.

"Mesut came because he always planned and wanted. Not for money."