Women with disability are twice as likely to experience sexual violence in a year as those without but often struggle to be believed when reporting abuse or assault.

The Royal Commission into Violence, Abuse, Neglect and Exploitation of People with Disability heard on Wednesday there were few domestic violence services accessible to these women and the current one-size-fits-all model of support did not work for many. 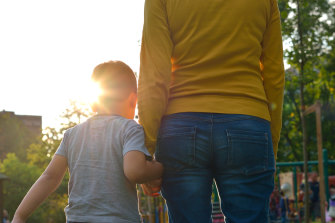 Women with disabilities are disproportionately affected by sexual violence.Credit:iStock

Jen Hargrave, a senior policy officer with Women with Disabilities Victoria, told the commission women with disability often were not believed when they tried to report instances of abuse.

“For decades, we’ve been hearing stories from women telling us how the perpetrator of the violence – whether it’s a partner, a parent or a disability support worker – is seen as having so much more credibility than they themselves are, they are easily dismissed as being crazy, attention-seeking,” she said.

For Aboriginal and Torres Strait Islander women with disability, Thelma Schwartz said this was even more difficult. Ms Schwartz, the principal legal officer for the Queensland Indigenous Family Violence Legal Service, said First Nations women were 34 times more likely to be hospitalised due to family violence and 10 times more likely to die from assault than non-Indigenous women.

“Violence against Aboriginal and Torres Strait Islander women and their children is at a national crisis level,” she said, adding services were not up to the task of accommodating those with disability.

Ms Schwartz highlighted the case of a deaf woman who ended up being charged by police after a call for help was made on her behalf.

“They have in their wisdom assessed that she was actually the perpetrator of that violence given that he was able to speak to police calmly. They didn’t then say or make available to her the access of an interpreter,” Ms Schwartz told the hearing.

Commissioner Ronald Sackville QC said violence against women and girls was widely recognised as being pervasive across the country.

“Violence against women and girls with disability is even more pervasive. It has been hidden or ignored to an even greater extent,” he said.

Research conducted by the Australian Institute of Criminology for the royal commission found nearly one in four (23 per cent) women with disability who were in a relationship had experienced violence within the past three months. It also found 9 per cent of women with disability had experienced sexual violence within a three-month period, increasing to 16.4 per cent for those in a relationship.

“After controlling for other risk factors associated with domestic violence, the institute’s report found that women with disability experienced physical or sexual violence 3.8 times more often than women without disability,” Mr Sackville said.

Ms Schwartz said people with disabilities needed to be at the table, having a say in how services could better support them.