Home » Lifestyle » Dusty and disappointed: What went down at the ARIAs after-parties

A ceremony without a red carpet or an audience wasn’t the only thing coronavirus messed up for this year’s ARIA awards – the traditional after-parties also took a hit.

Usually the entire Australian music industry converges on function centres, bars and other glitzy locations after the ceremony to dance the night away and celebrate all the winners. 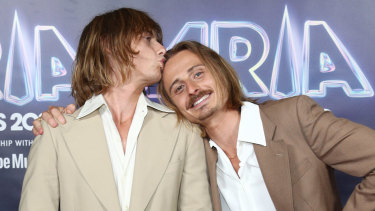 In years past Sony has booked out Pier One and the function space at the MCA for its notoriously wild after parties. This year it was an intimate affair for staff and nominees at the Sony office in Darlinghurst.

In the past the label has hosted a few hundred guests with several buses booked to ferry people from The Star to the location; this year the guest list could have squished into a mini-van.

Sony boss Denis Handlin usually hosts a small party within the party with its own bouncer on the door, sharing tequila with those lucky enough to slip in. There probably weren't enough people allowed to bother with the ordeal this year but we hear the tequila was still flowing regardless.

Just up the road from Sony’s HQ northern beaches rockers Lime Cordiale celebrated their breakthrough artist win with a slightly larger party at the Oxford Art Factory. Label boss Michael Chugg hosted 100 of the band’s nearest and dearest at an extremely tastefully decorated party that was expected to celebrate a swag of awards given Lime Cordiale scored the most ARIA nominations.

The fact the duo only went home with one gong didn’t dampen spirits, but the fact everyone had to sit down to have their drinks might have. The group and their mates partied into the small hours regardless.

On the other side of the country Perth’s Tame Impala, aka Kevin Parker, partied in style after picking up five trophies on the night. Parker told Emerald City that dusty was an understatement to describe how he was feeling the next day.

Is Seven after Delta?

Speaking of the ARIAs, Delta Goodrem is basking in the glow of the accolades she duly earned for hosting the unusual ceremony, which have fuelled rumours begin that the Seven Network is about to make a play for her. 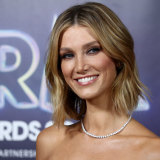 Delta Goodrem is hosting her own Christmas special.Credit:Getty Images

Delta has been Nine Network talent for the past few years as a judge on The Voice but now that show is moving to Seven it is starting to look like Seven might try lure her over.

Seven has become something of the bowerbird of Australian telly, snapping up shiny pretty things from other networks. The network seems to have a particular interest in grabbing things Nine doesn’t want anymore like Farmer Wants A Wife, Big Brother and Sonia Kruger.

But Nine seems less eager to let Delta go. Along with scoring the ARIAs hosting gig, Nine (which owns this masthead) has given the songstress her very own Christmas special to help push her holiday album.

The special will be shot at the Opera House this week and will see Delta perform tracks from the album, as well as appearances from special guests. Given Delta's label is Sony Music you can probably expect said guests to include the likes of (other Sony talent) Jess Mauboy, Guy Sebastian, Human Nature – and perhaps a special someone from overseas. 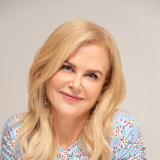 Nicole Kidman to be a stranger at the AACTAs this year

With the ARIAs behind us, we now look to the annual AACTA Awards, aka the Aussie Oscars, which take place in earnest on Monday.

While the ARIAs didn’t manage to roll out a red rug, the Australia Academy of Cinema and Television Arts is having two.

The first will be in the morning for the film folk including Tilda Cobham-Hervey, Eliza Scanlan, Bella Heathcote, Aaron Jeffrey and Oscar-nominated producer Drew Bailey.

In the afternoon the AACTAs will give the rug a hoover before the TV stars walk it. Luke Arnold, Zoe Terakes, Kate Box, Damon Herriman, Jacqueline McKenzie and Tim Minchin are among the big names attending the evening ceremony.

Notably absent from the official list of attendees are the freshly minted Academy president and vice president, Russel Crowe and Nicole Kidman.

Kidman is in Ireland shooting her next film The Northman with Aleksander Skarsgaard, having just wrapped her commitments to Nine Perfect Strangers that was shot in Byron Bay.

We haven’t heard why Rusty isn’t going. Perhaps he is scratching his head as to why he spent so much money on Souths, but who knows, he might make a surprise appearance on the day.

If you are going to make a return to the stage after being dragged through an unpleasant court case that was not of your own creation, do it like Eryn Jean Norvill.

Her name might be indelibly linked to Geoffrey Rush after he successfully sued The Daily Telegraph for defamation over a series of stories accusing him of inappropriate behaviour (Norvill was later revealed to be the alleged victim), but last night she took great strides in reminding everyone she is a formidable actress. 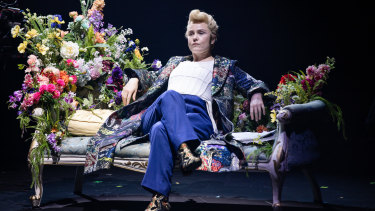 It was meant to take place in July but got bumped due to COVID-19.

It was one of the first productions STC rushed back into the theatre when restrictions were lifted, and celebrated its opening last night at the Roslyn Packer Theatre at Walsh Bay.

The general public may have forgotten that Norvill was a hugely successful stage actress having starred as Juliet in Romeo and Juliet for STC and appearing in Chekov’s Three Sisters for Malthouse.

Those roles pale in comparison to her marathon effort at last night’s opening, playing a total of seven different characters as the sole performer in a two-hour long odyssey which demands Norvill basically memorise and perform an entire novel.

Hopefully this tour de force performance will be the first thing people think of when they hear her name from now on.