MATT LOWTON’S thundering volley put the finishing touches on a win which surely leaves Burnley out of the relegation battle for another season.

Right-back Lowton last found the net in the Premier League eight long years ago when he was playing for Aston Villa. 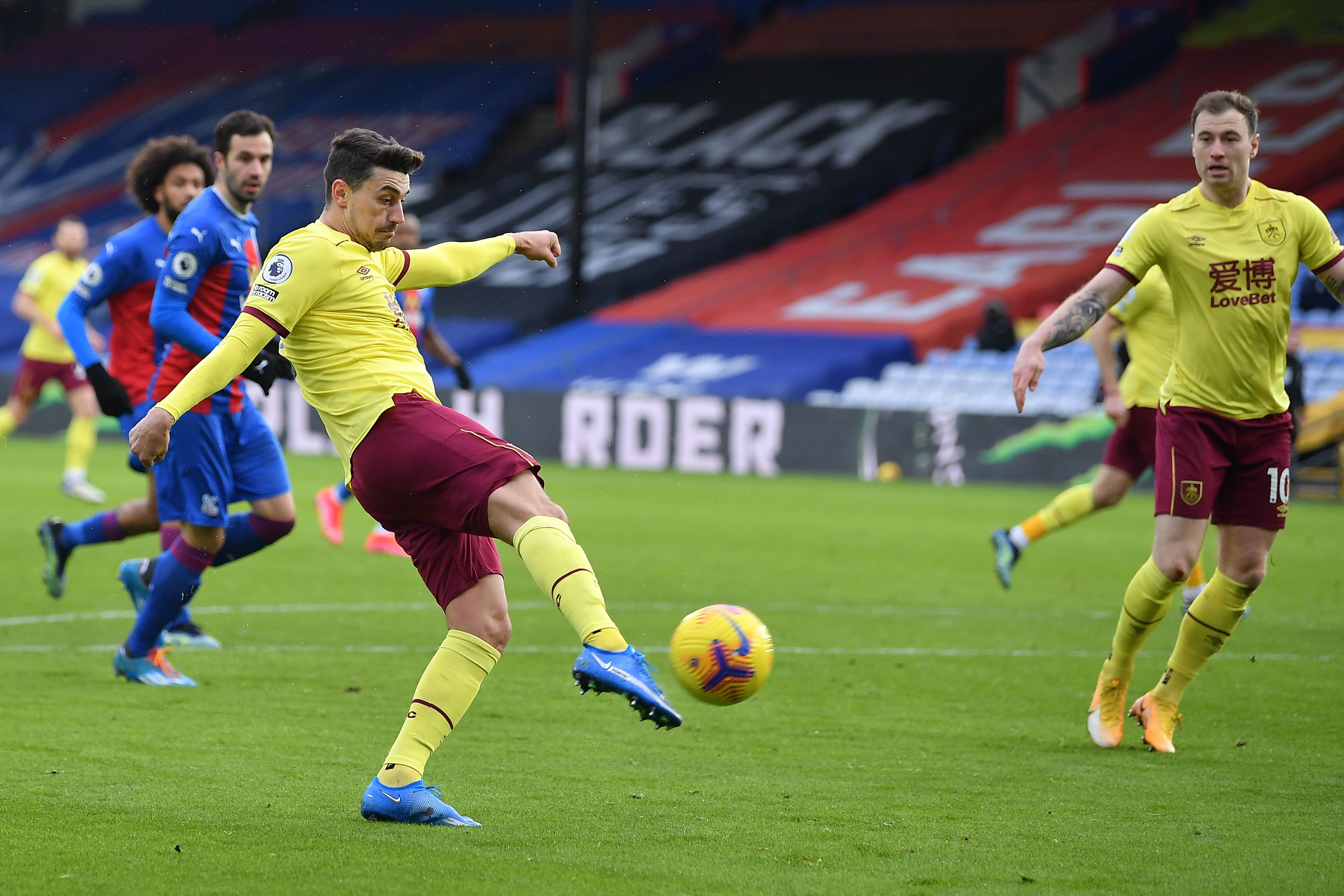 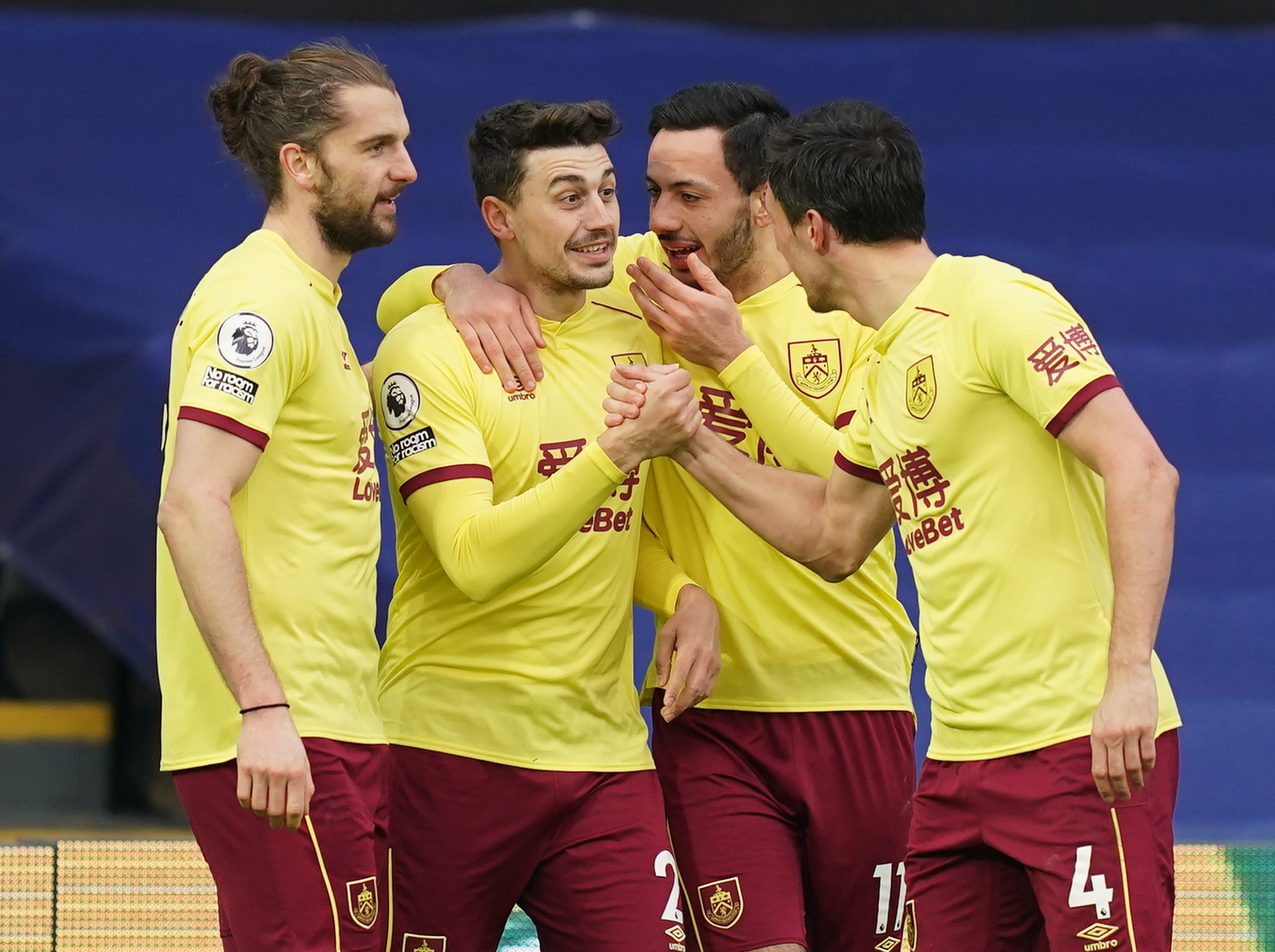 So there was amazement and even laughter among the Burnley players when the 31-year-old struck a scorcher into the far corner to blow away any hopes Palace would get a comeback.

Already two up by half-time, Lowton’s stunner two minutes after the break made sure Burnley collected the win they so richly deserved.

And in the process they climbed 11 points clear of the relegation zone, surely putting to bed the lingering fear they would be dragged back into trouble.

It was an excellent trip south for the Clarets, spoilt only by the loss of captain Ben Mee after being knocked out cold in an innocuous collision.

Mee was wheeled off on a stretcher after five minutes of treatment, putting a downer on the day for Burnley – though after assessment in an ambulance he was able to walk back to join his team-mates in the dressing room.

Palace have managed to go through much of the season largely unnoticed, which is exactly how Roy Hodgson would want it.

No perilous battle against relegation for the Eagles this season, but little to offer in the way of challenges for an unlikely European finish either.

But with the visit of the Clarets the first of three matches against teams below them, there was a chance for the Eagles to climb up into a decent top-half position.

Yet there is something about this side which means they are not the tough opposition they have been in previous seasons, certainly at home.

Without that passionate support from the Palace fans, there is little to strike any fear into visiting teams – especially with Wilfried Zaha out injured.

Burnley aren’t the kind of team who don’t relish a challenge in any case, and here they were at it from the very start to blow Palace away.

It helped that the home gifted them the lead on six minutes with the kind of defending usually reserved for the parks on a Sunday morning.

There looked to be little danger when Erik Pieters lofted in a cross from the left but Patrick van Aanholt bizarrely tried to take the ball away from centre-back Scott Dann as he was about to clear.

The ball dropped to the grateful feet of Johann Gudmundsson who took his time before whipping his shot into the far corner.

The midfielder’s mis-hit shot rolled to Ashley Barnes and only a desperate stretched leg from Dann diverted the ball away for a corner instead of the back of the net.

The reprieve lasted for a matter of seconds, as Dwight McNeil fired in the corner, keeper Vicente Guaita got the flight of the ball all wrong, and Jay Rodriguez nodded into the net.

Two up after ten minutes, Burnley could have been forgiven for thinking the job was done but to Palace’s credit they tried to work themselves back in the game.

Christian Benteke has hardly set the world alight at Selhurst Park but he was the forward who was doing most to unsettle the Clarets' back line.

And the striker was unlucky to see a low shot blocked by the feet of Nick Pope after bursting in behind James Tarkowski.

Then, Eberechi Eze tried his luck from the corner of the area only to curl his effort just wide of target.

But the signs were there by half-time that the home side would come out and have a right go at Burnley to savage at least a draw from the game.

Within two minutes of the restart that thought was blown away by the bolt from the blue from Lowton.

The defender’s volley belied the fact he had last scored a goal five years ago in a 5-0 Championship win over MK Dons.

It was a hammer of a blow in every sense of the word, and if Palace had any hope of getting back into the game they needed to strike back quickly.

But when the chance arrived as Jordan Ayew picked out Benteke with a header, the Belgian could only head tamely at the plunging Pope in the Clarets goal.

Lowton suddenly had the confidence of a world-class striker, and he tried his luck again from 25 yards and the ball fizzed only a foot or so over the bar.

It was all too easy for the visitors and Burnley went within a whisker of a fourth when Barnes teed up McNeil to send a piledriver just wide of the bottom corner. 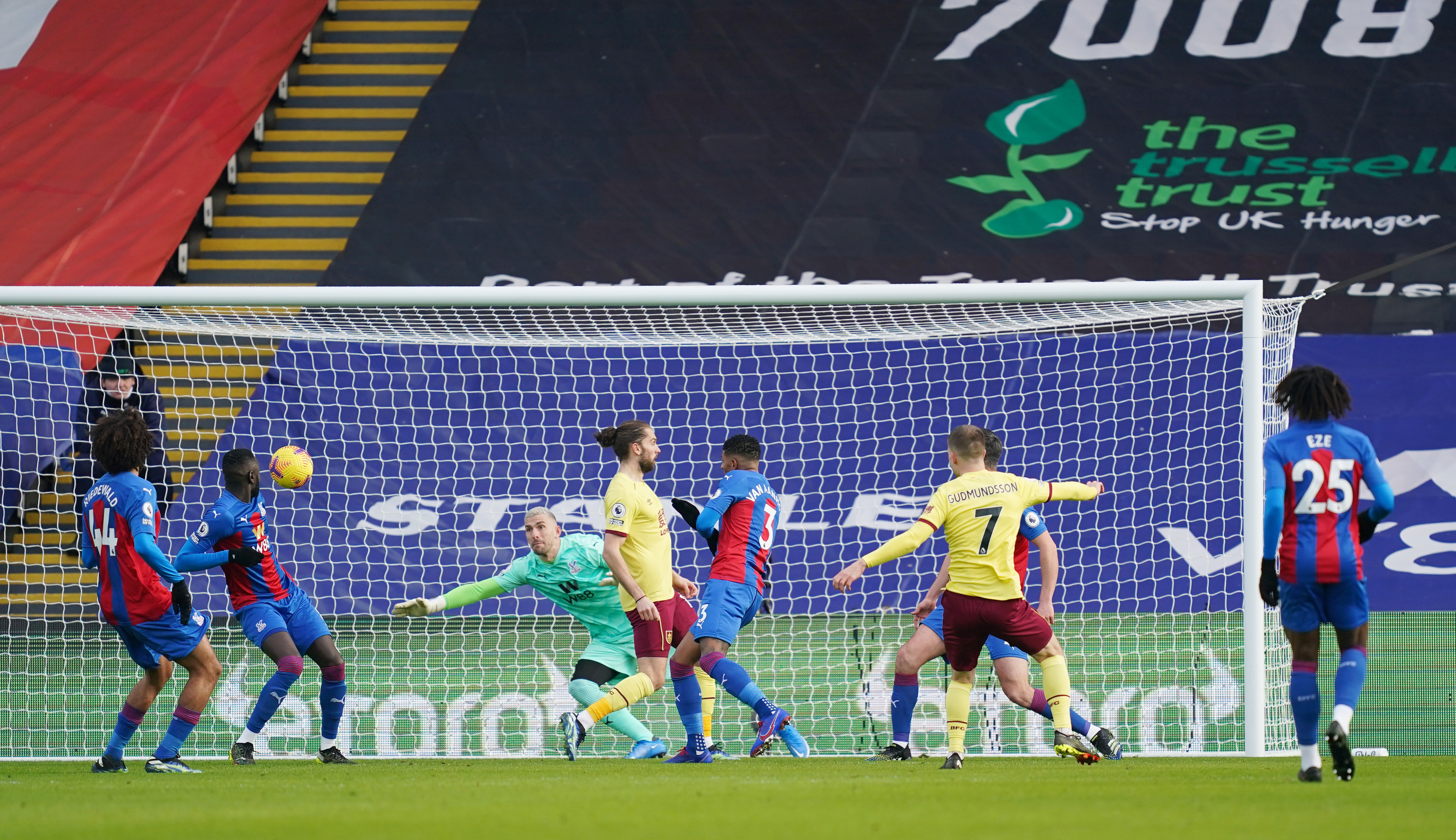 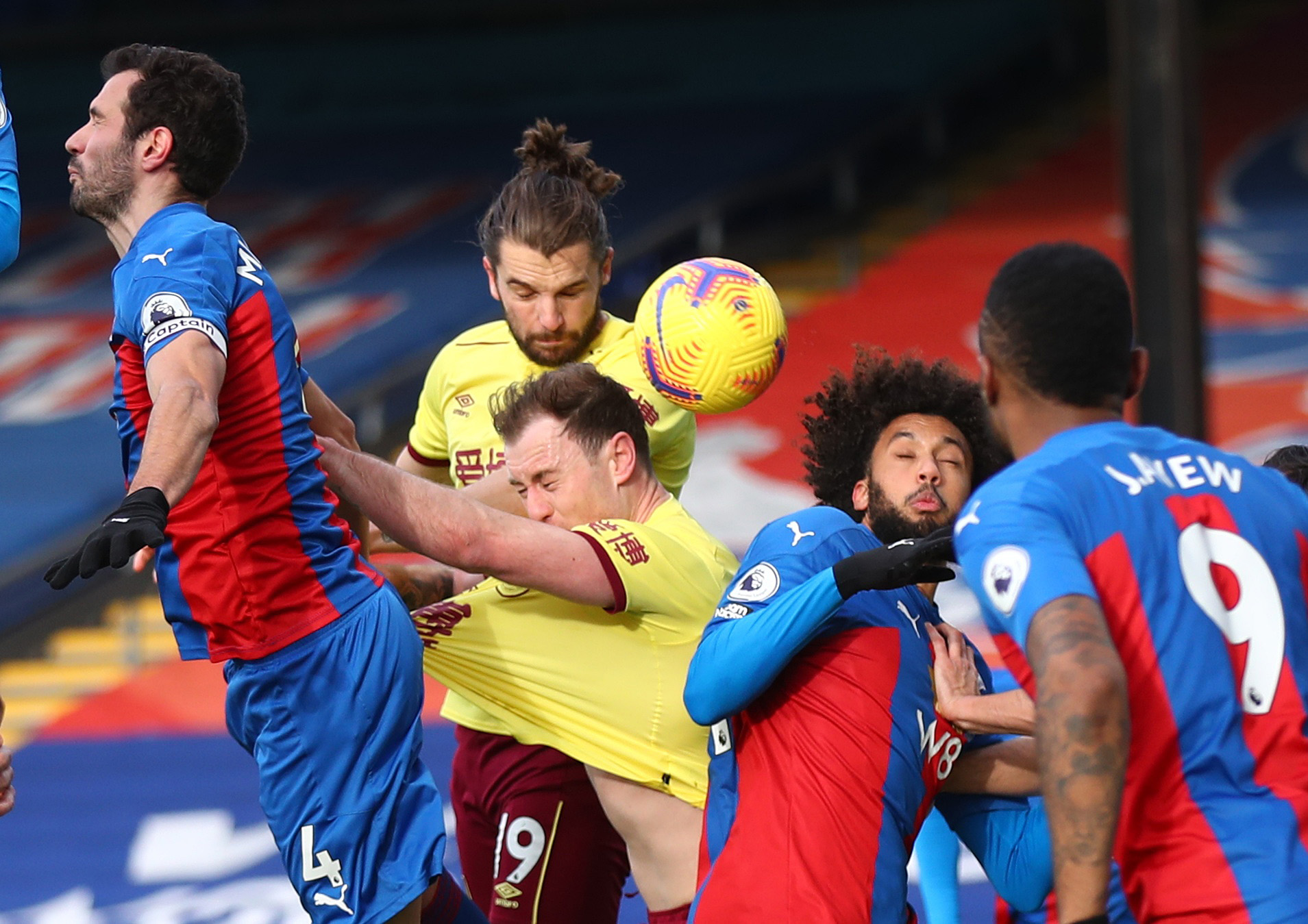