Cristiano Ronaldo and partner Georgina Rodríguez, who are expecting twins, revealed they’re going to have a boy and a girl.

When Rodríguez counts to three, the kids pop their balloons to reveal both blue and pink confetti, indicating that the couple are expecting a boy and a girl. 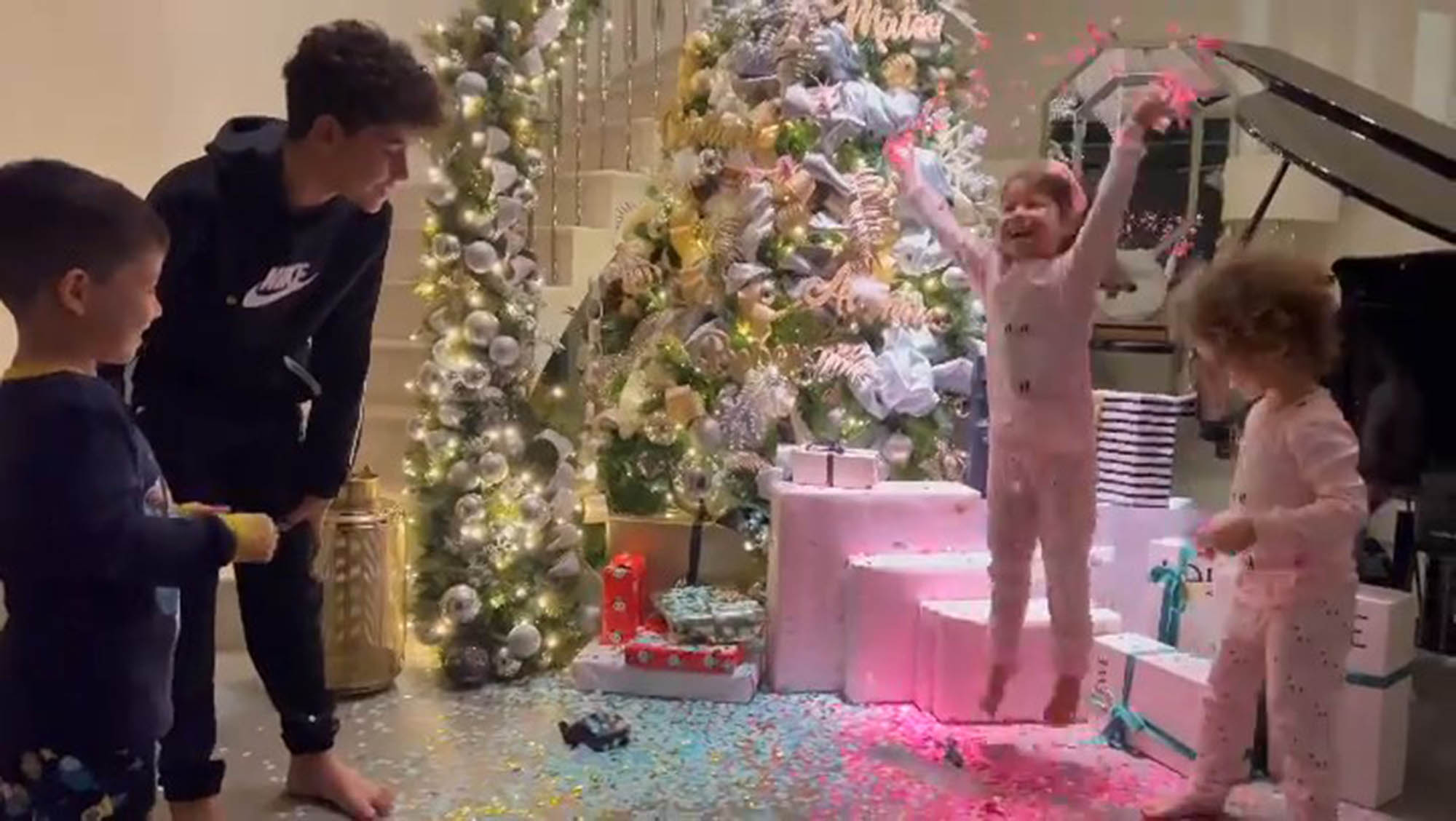 This will be the pair’s second set of twins, as Mateo and Eva Marie were welcomed together in 2017 via surrogate.

“So happy to be able to hold the two new loves of my life,” Ronaldo wrote on Instagram alongside the first photo of him and his first set of twins.

One month later, Rodríguez confirmed her own pregnancy, welcoming daughter Alana in November 2017. 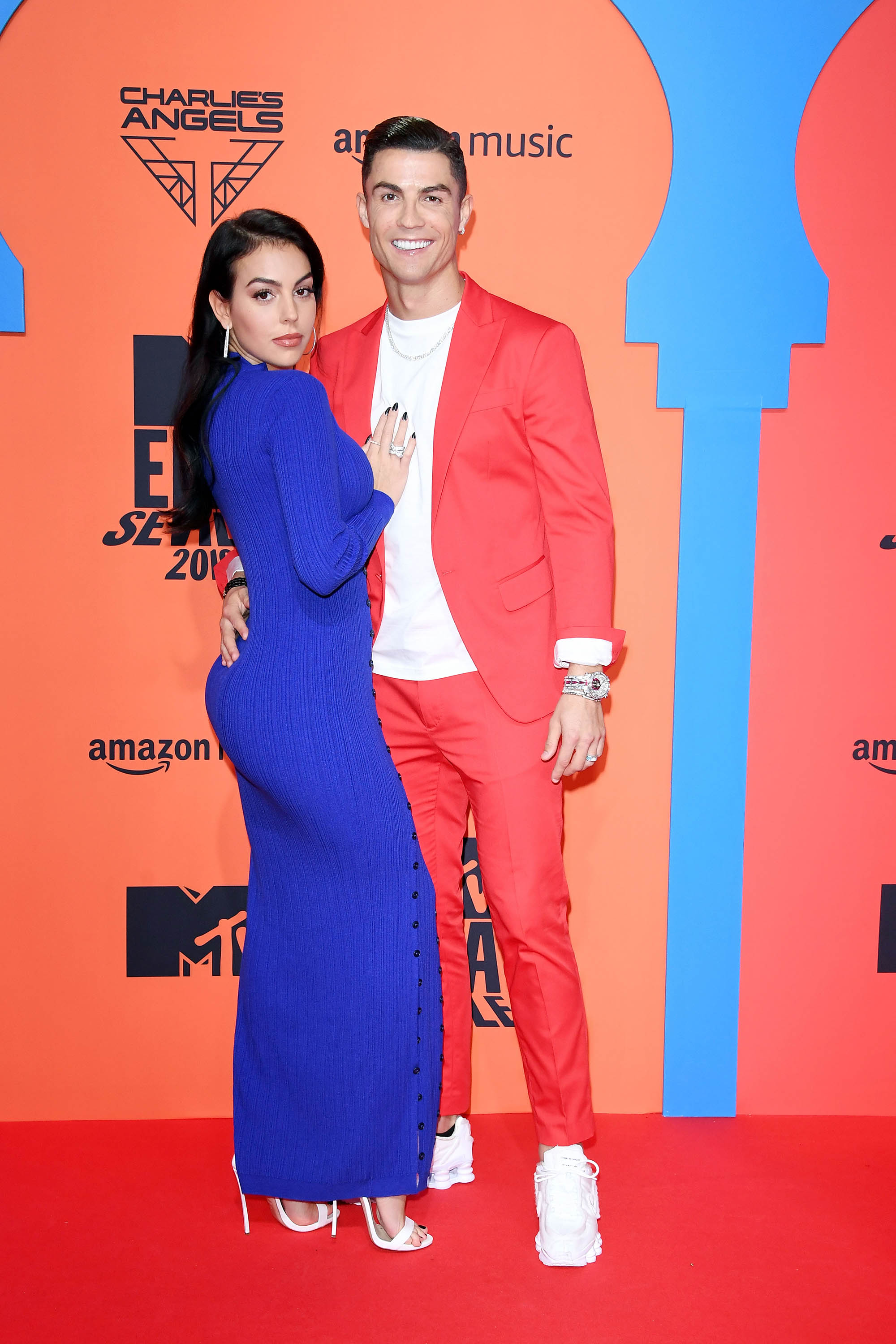 “Both Geo and Alana are doing well!” Ronaldo posted in his native Portuguese on Instagram at the time. “We are all very happy!”

The mom of his elder son, Cristiano Jr., remains anonymous by her request, according to the star.

“With the agreement of the mother, who wishes to remain anonymous, I will have exclusive custody of my son,” Ronaldo announced on social media at the time of his elder son’s birth, E! News reports. 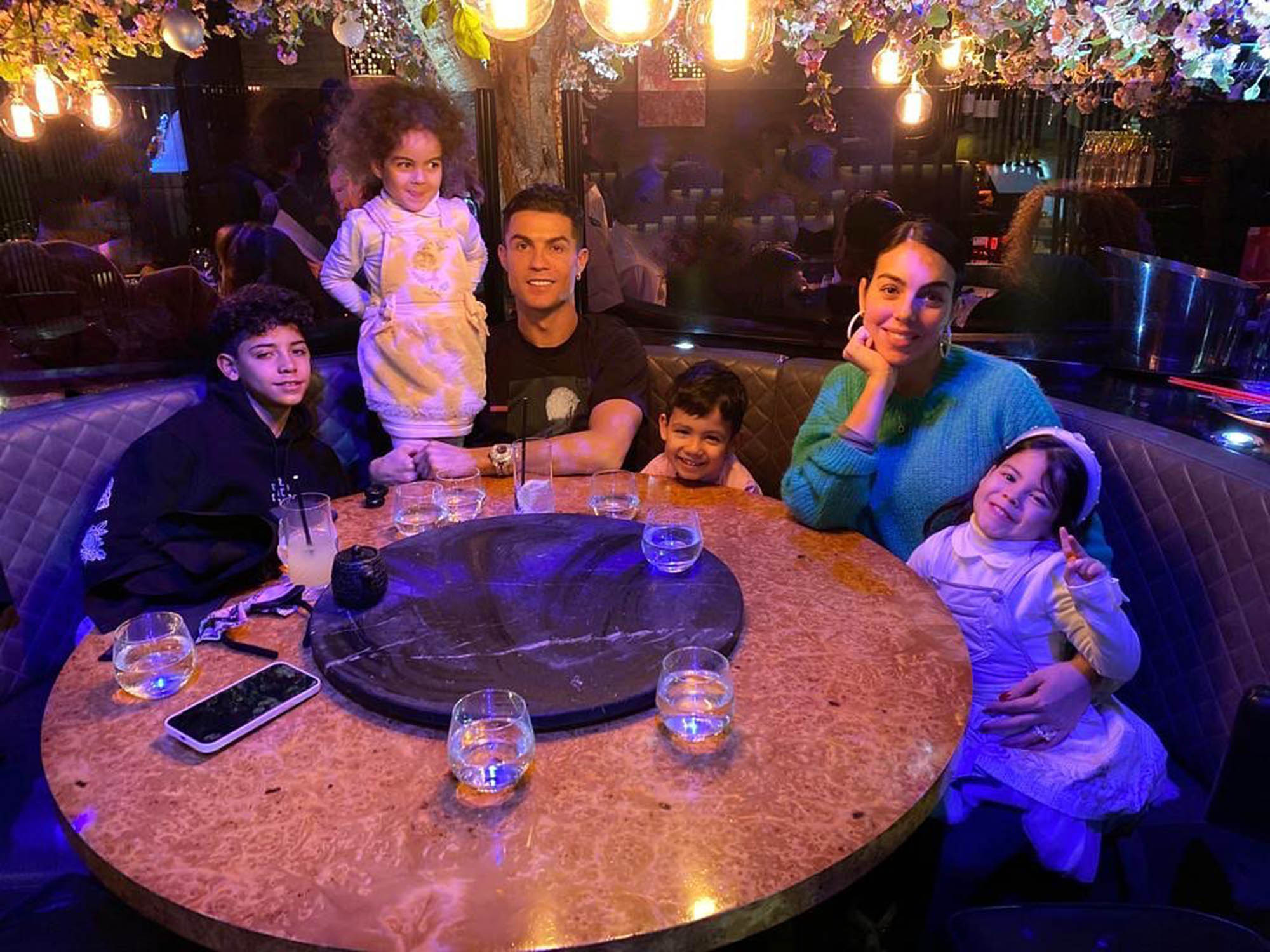 The Portuguese soccer star announced that he and Rodriguez were expecting twins in October.

“Delighted to announce we are expecting twins👶🏻👶🏻..” the athlete and Rodriguez shared with fans via Instagram at the time. “Our hearts are full of love – we can’t wait to meet you ❤️🏠 Blessed!”