Home » Lifestyle » Could you take on this massive £20 breakfast challenge? 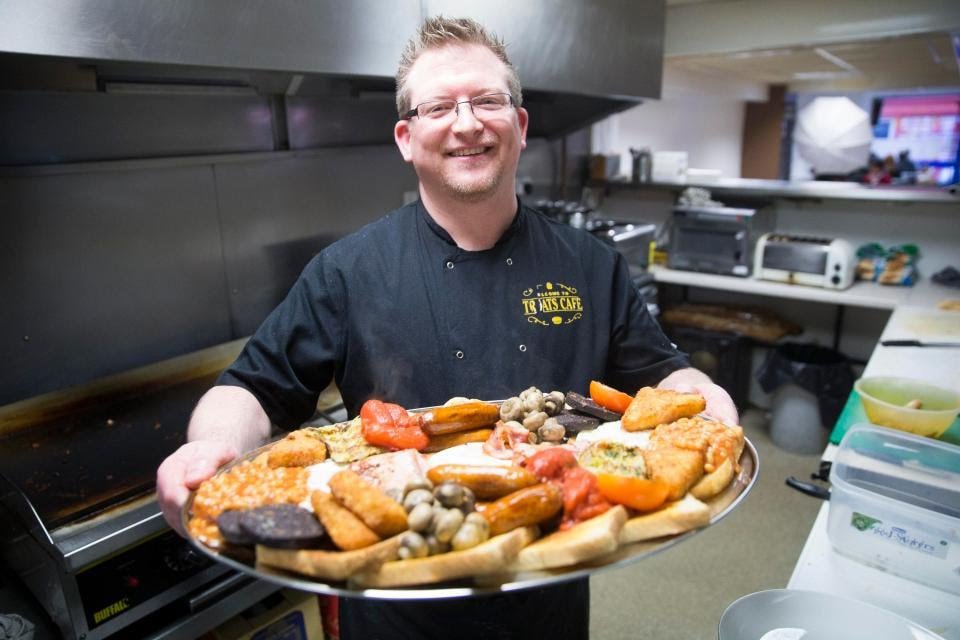 Nothing beats a full English breakfast when you wake up hungry, but there can definitely be too much of a good thing.

A cafe in Somerset is serving up a feast that could best even the most hollow-legged hopefuls, and it’s part of a Man vs Food style challenge.

Costing £19.75, the Big Breakfast Challenge at Treats Cafe in Weston-Super-Mare has only been beaten three times, and has double or triple helpings of all the best breakfast foods.

All of that’s served up on a two-foot wide platter with a timer to measure your progress.

Those who manage to polish off the breakfast within 60 minutes will get their meal for free and a picture on the Treats hall of fame.

One man, James Cox (who was dubbed Terminator by restaurant staff) managed the whole lot with almost 19 minutes still to spare, while a Somerset Live reporter fared less well, giving up after just 17 minutes and 46 seconds of eating.

We wrote about the challenge when it was first introduced in 2017 and, all these years later, it’s still one of the toughest out there, with only a handful who can claim the glory.

Think you might be able to get the better of this belly buster? Owner Ricky Bodalia says that you might have better luck if you’re a woman, if past experience is anything to go by.

He said: ‘The girls seem to have more willpower. 60% of them have done better than the boys.

‘When someone does the challenge, the whole cafe turns to watch them.’

It’s going to take an intrepid warrior to scarf down that many sausages, but it’s time to take the tally of hall-of-famers to an even four.