Thousands of Melburnians' festive plans have been shattered by Premier Daniel Andrews slamming the door shut on anyone trying to enter Victoria from NSW's "red zones" and hotspots.

Among those caught up in the decision to close the border to anyone from Greater Sydney and the Central Coast are families planning to travel from or to Melbourne and police who are having to enforce Victoria's lockout. 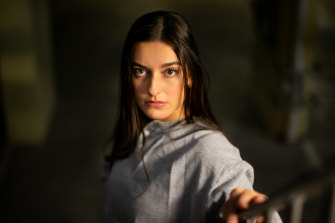 Viola Mahony is one of many people in Victoria whose plans to visit Sydney for Christmas are ruined.Credit:Simon Schluter

And fears the virus will spread south are playing havoc with the already delicate mental state of some in Melbourne after the city endured months of lockdown during its second wave.

Viola Mahony from Brunswick had intended to start the drive to Sydney on Tuesday morning.

Lockdowns in Victoria have prevented her from seeing her family for many months.

"We haven’t seen them for a year," said the 24-year-old, who had planned to spend Christmas Day at her aunt’s house in Vaucluse. There was to be a gathering there of 25 family members, some flying in from Perth. They cancelled last week.

Ms Mahony will now spend Christmas in Victoria, which she is bitterly disappointed by. She and her partner were also intending to stay a week at serviced apartments in Bondi, followed by a road trip home over the course of a week.

She said she would reschedule what accommodation bookings she could. "You can’t cancel things, they’re not giving refunds."

Ms Mahony, who considers the border shutdown "an overreaction", added: "The border closure is just devastating – it’s the rotten cherry on top of this year.

"It’s disproportionate to what is going on. The states need to work together better – we are one country, and I feel as though the states are acting as different countries." 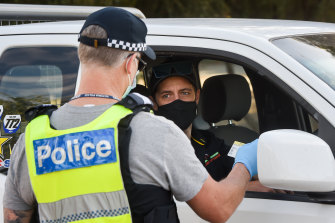 Ms Mahony compared the situation in NSW to South Australia last month. "It turned out nowhere near as bad as they thought, and people were put under so much financial and emotional stress."

The disruption was causing disappointment on the other side of the border too.

Ed Hunt, 52, of Tuggerah on the NSW Central Coast, north of Sydney, had to cancel a planned trip to Melbourne after Christmas. He and his wife had booked flights and accommodation in central Melbourne from December 28.

The couple had planned to watch the cricket Test between Australia and India at the MCG and explore some of the city's restaurants before flying home on January 3.

Mr Hunt said they cancelled on Sunday morning after the NSW Central Coast was declared a red zone, meaning they would have had to go into quarantine in Melbourne. In addition, due to the restrictions, Mr Hunt's sister-in-law and her family cannot travel from their home in Queensland to visit the couple in Tuggerah, and his niece cannot come from Victoria.

"It's pretty upsetting," he said, "but you've just got to accept it and figure out something else."

University of Melbourne mental health expert Patrick McGorry said the threat of another coronavirus outbreak was having a more severe impact on the minds of Victorians than their NSW counterparts, due to this year's lockdowns.

"People thought they’d seen the worst and it was behind them. This is definitely a setback," he said. But he said locking down the border was worthwhile. "We don’t want to be like Europe or the UK." 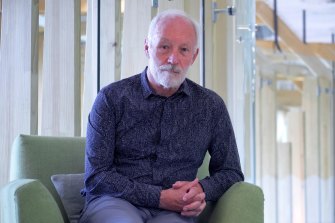 Professor McGorry reminded Victorians to stick together, be kind to themselves and avoid "catastrophising", to help one another get through the latest threat.

"We have done a pretty good job so far, so trust that we’re going to get through it again," he said. "This is going to cause a loss of wellbeing, but the alternative is much worse. It’s worth it so we’ve got to accept it and work around it."

Hundreds of police officers from across Victoria will spend Christmas on the NSW border, away from their families, after the Australian Defence Force turned down a request to help prevent Sydney’s coronavirus outbreak spreading south.

Police Association secretary Wayne Gatt said while some officers at the border from Monday had volunteered, others had been directed to go.

Many, he said, got less than a day's notice.

These included a male officer who would have to postpone his wedding for a third time during the pandemic. He had been due to marry his partner this weekend.

"[These members] know how difficult this year has been for Victorians and how important it is to defend the freedoms the community has sacrificed so much to gain," Mr Gatt said.