Epatante delivered the fairy tale birthday present for JP McManus as Nicky Henderson delivered an early double-blow on the opening day of the Cheltenham Festival with victory in the Champion Hurdle.

In what was only the fifth time that a mare had clinched victory in the prestigious race, Barry Geraghty timed Epatante’s run down the final stretch to perfection to romp home and clinch his fourth victory in this race, but the day belonged to Henderson and McManus as they celebrated a dominant day.

Overnight rain significantly affected where the money was going for the big one as hotly-fancied Pentland Hills plummeted down the order before they went off, with Epatante quickly rising to go off at 2-1 favourite. Early leader Petit Mouchoir made a good fist of trying to slow the pace down and give the field a chance, but as they came back down the hill for the final time the writing was on the wall.

Sharing the full story, not just the headlines

Darvar Star surpassed long-time leader Petit Mouchoir after the second-last hurdle but was blind to the threat outside as Geraghty pushed on Epatante, who in the end raced home under no pressure whatsoever to give Henderson his second win of the day and eight Champion Hurdle overall, which put him one clear of Willie Mullins in the most-winningest trainers battle with 66.

“She was always travelling quite well, I was always pleased with where she was,” said Henderson. “Barry gave her a beautiful ride, he always just had it covered. She has the gears.

“I’ve got to say I was worried after last year when she didn’t run well in the mares’ novice. She fell to pieces afterwards, she went home to Martinstown (in Ireland). I sent her back looking awful and she came back looking fantastic.

“We’ve been very lucky to have these sorts of horses. If you think about it, JP should have had last year’s winner in the race (Espoir D’Allen) and Buveur d’Air is back at Martinstown with a hole in his foot. So this (Epatante) should have been his third string.

“Fair play to JP and his team, you know what he puts into it.”

It was double-delight after victory in the first race for Henderson, with Nico de Boinville proving the doubters wrong to steer Shishkin to victory after drifting massively overnight. The soft going left many abandoning the early favourite, but a fascinating battle from the last with Abacadabras went to a photo finish, with Shishkin edging the victory to give both Henderson and De Boinville some much-needed cheer after the afternoon’s earlier news. 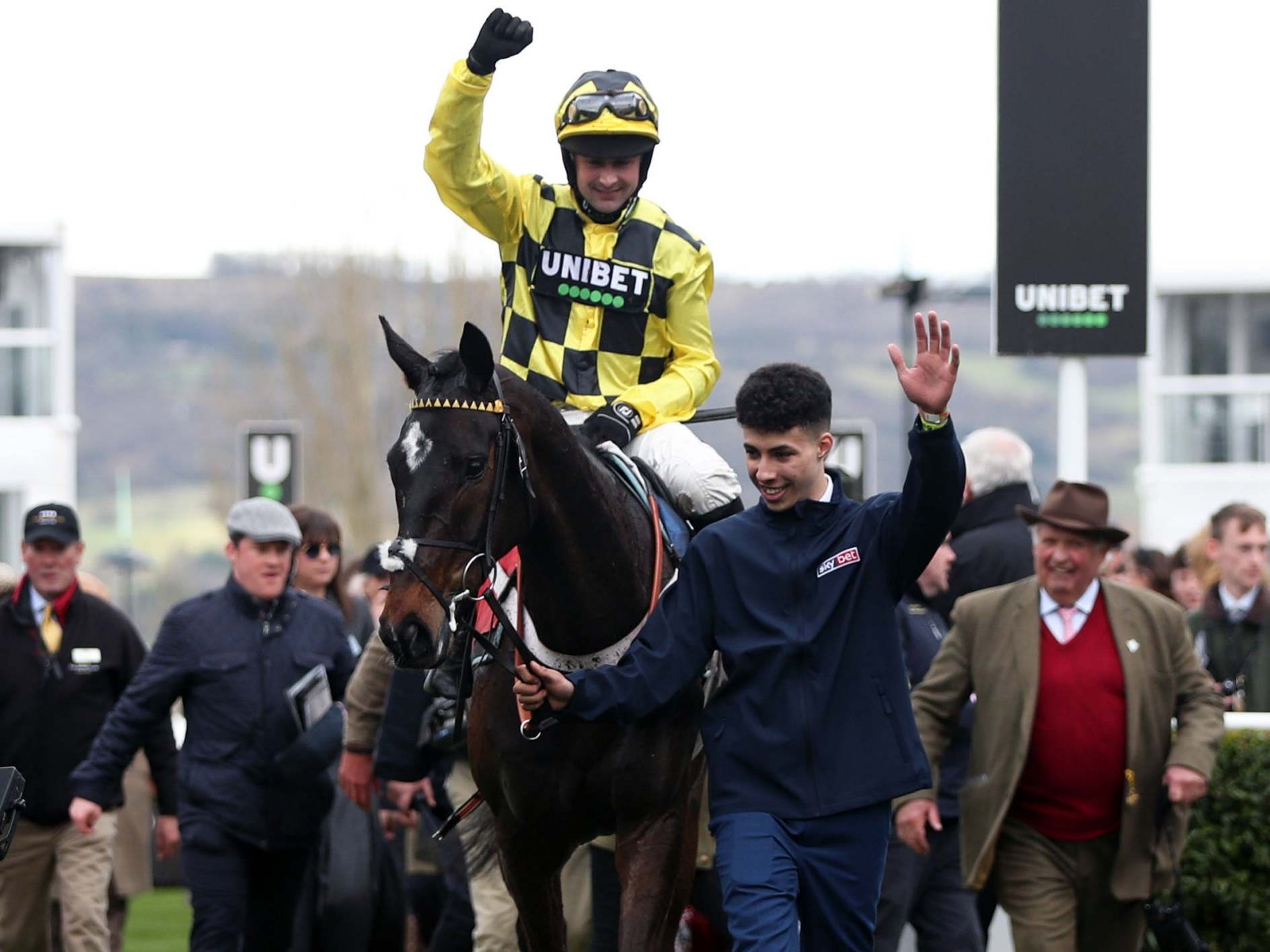 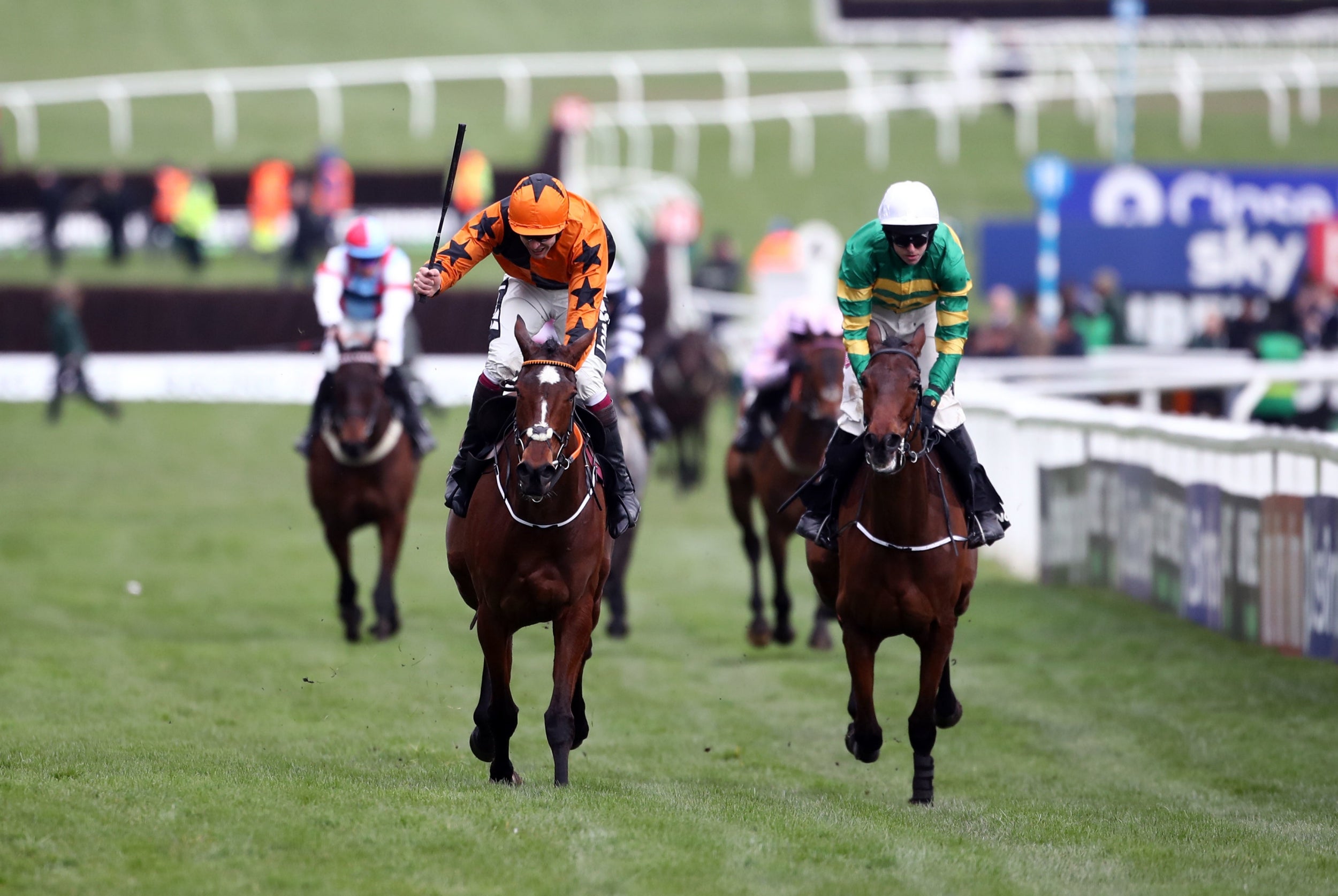 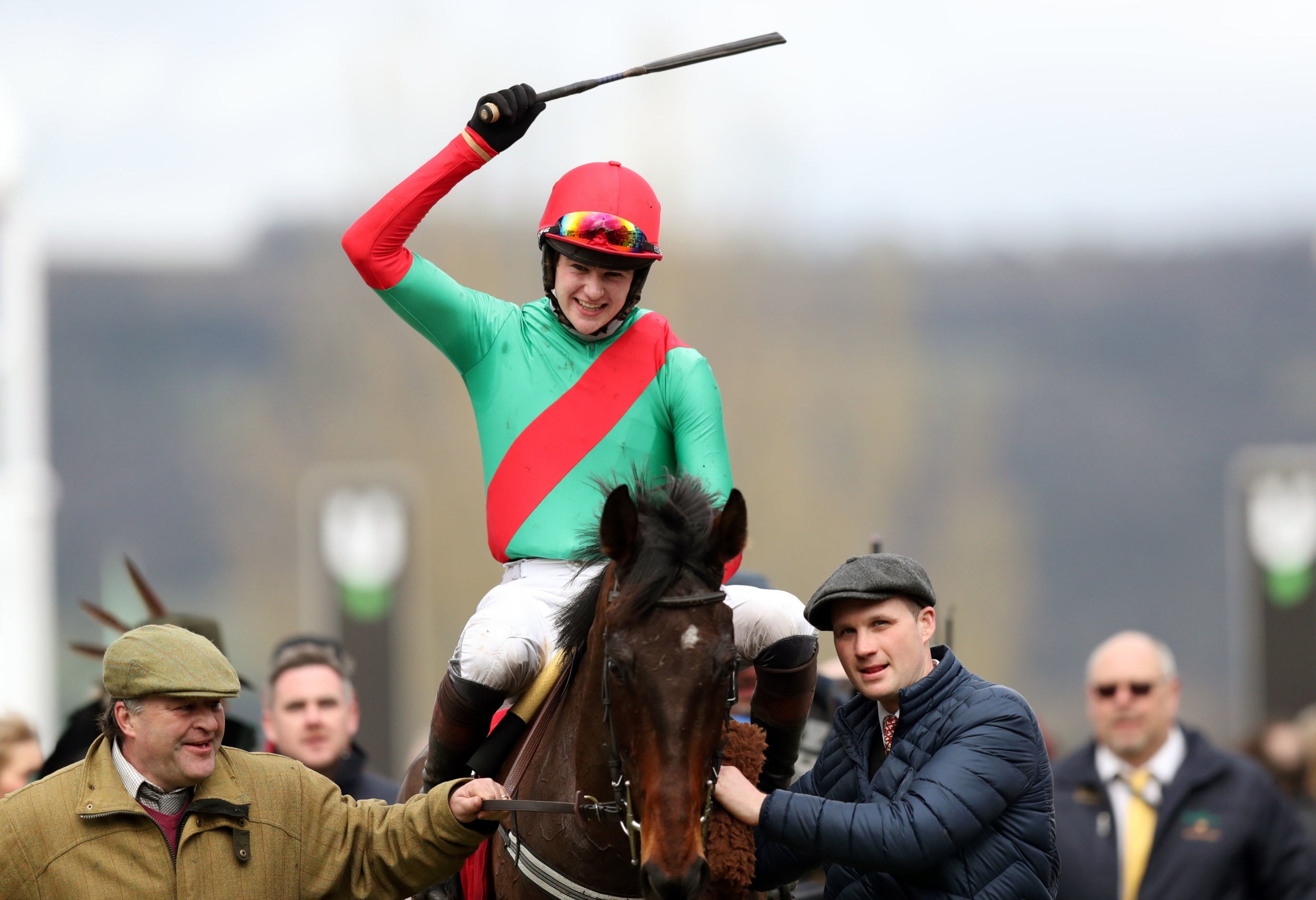 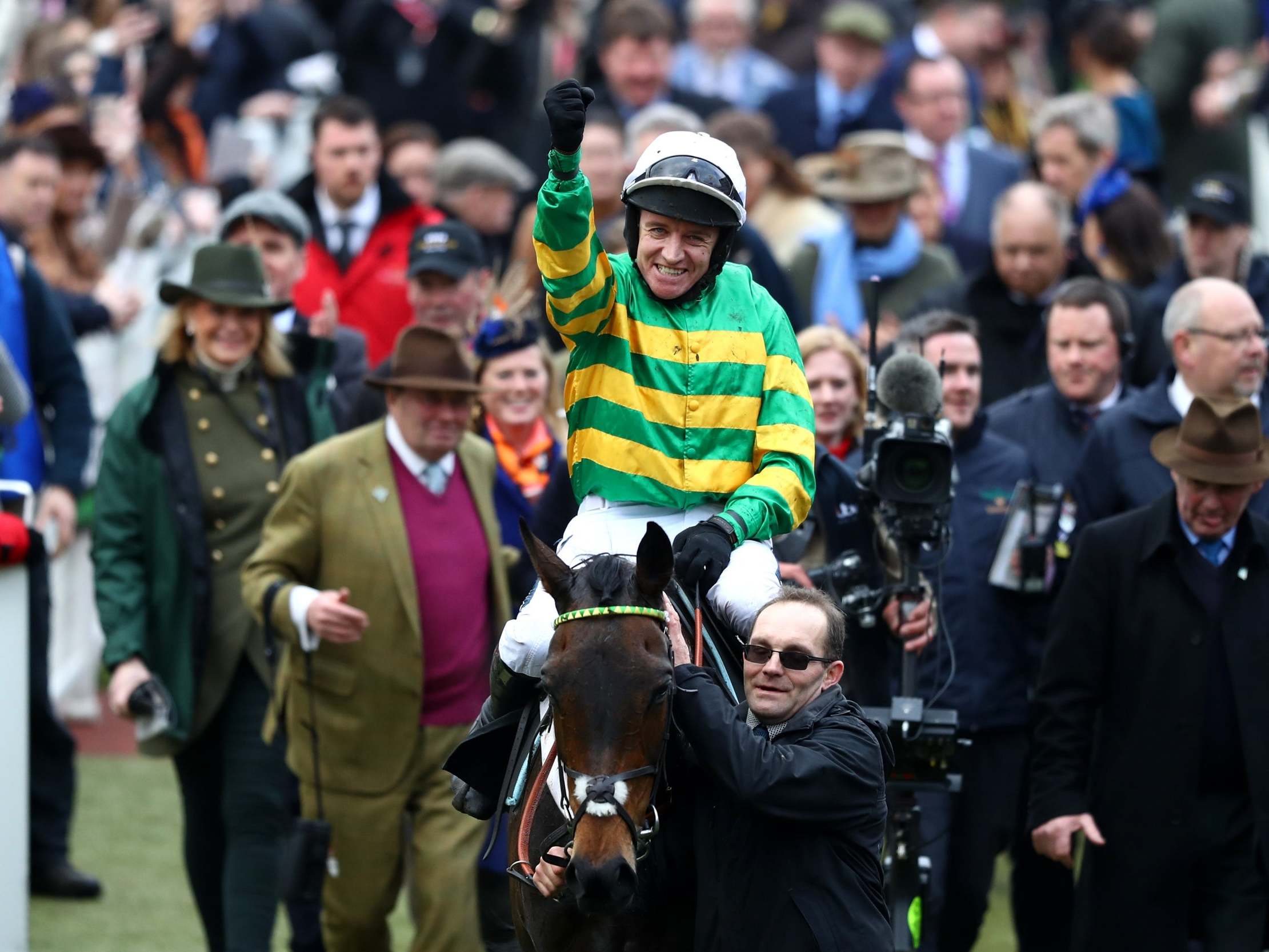 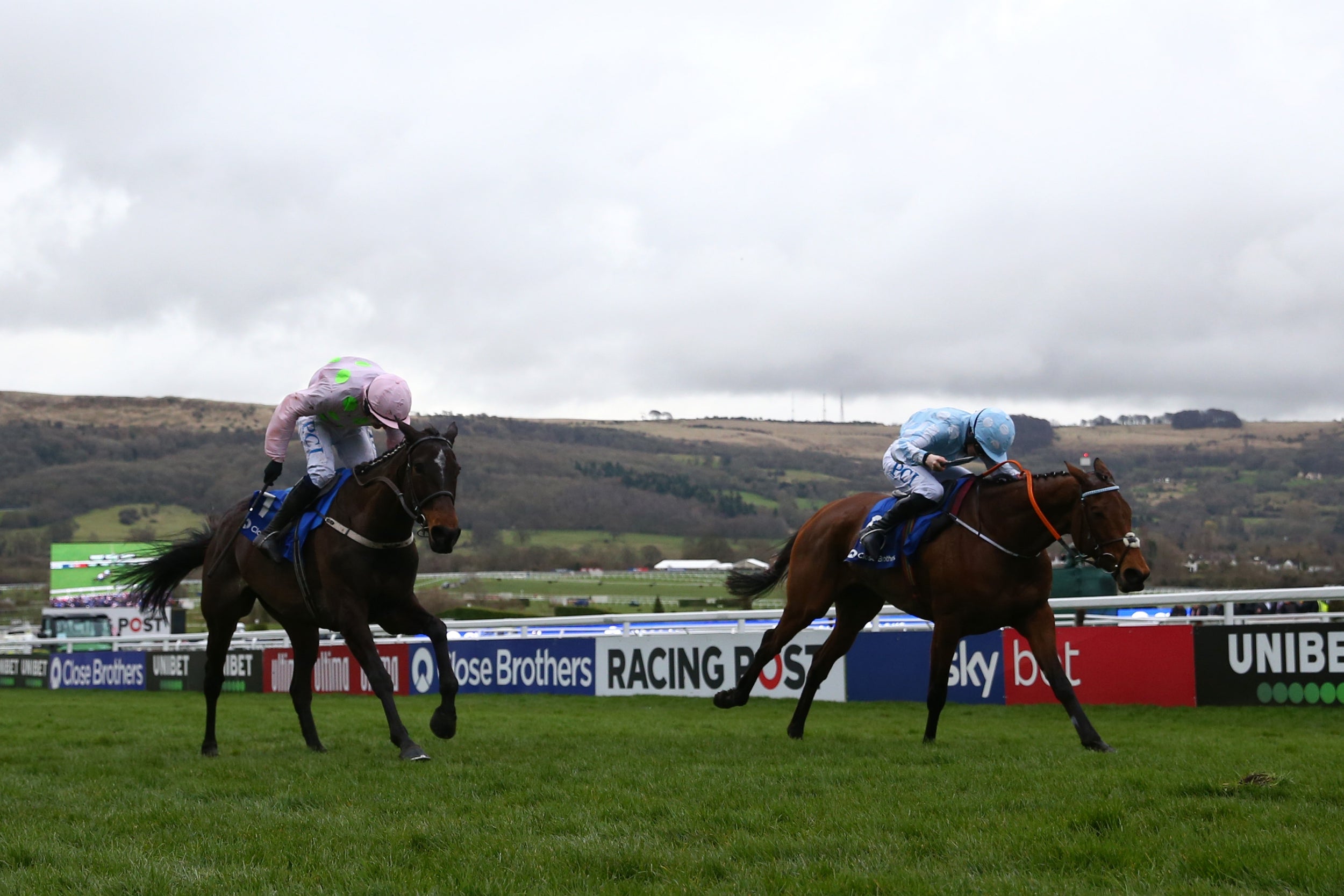 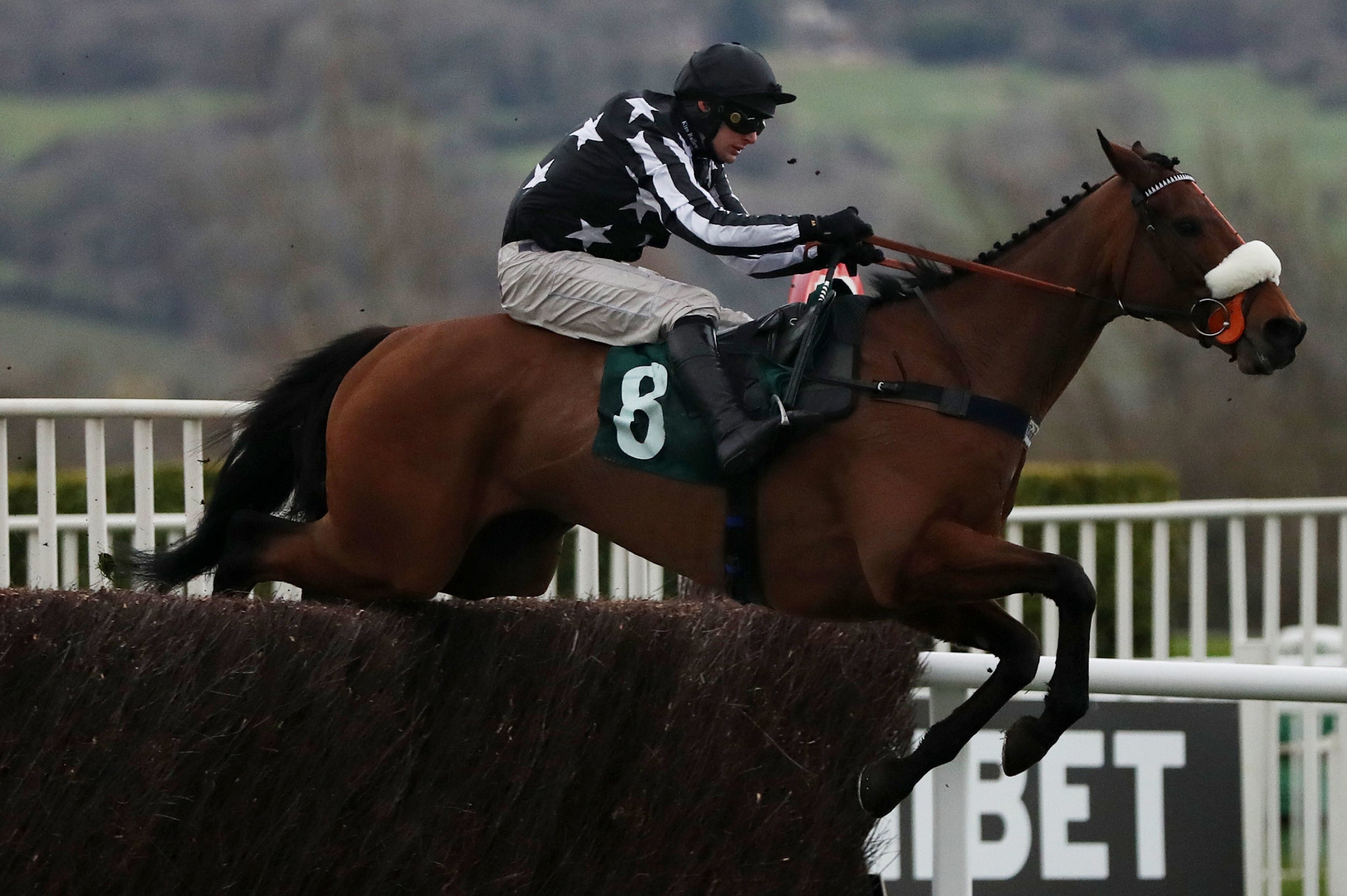 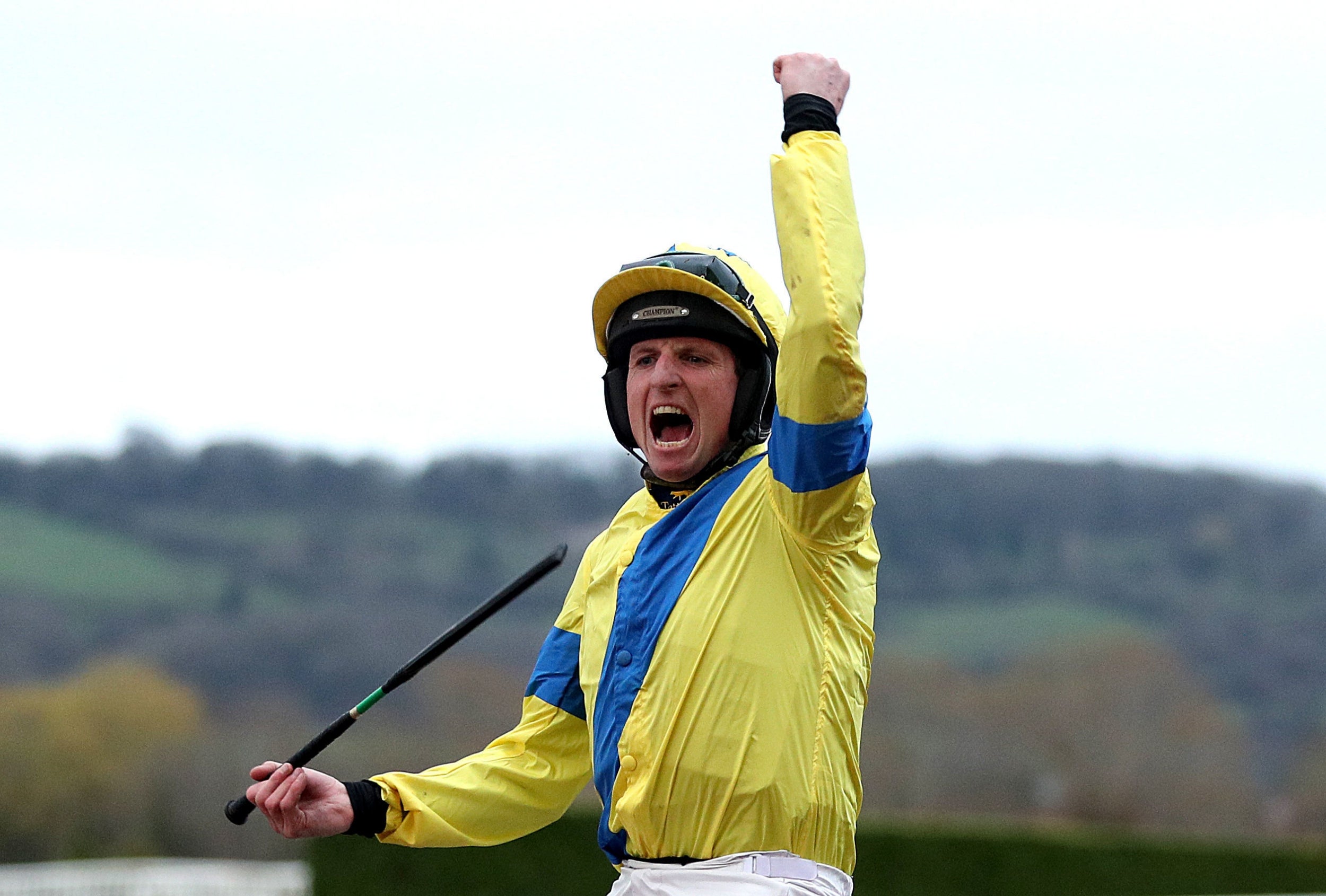 De Boinville was due to receive his biggest ride of the week on Altior in Wednesday’s Champions Chase as they go for a third consecutive win in the race, but the injury reported by Henderson at the weekend left the trainer with no option than to pull the reigning champion out of the contest.

“He hasn’t improved at all from last night, whereas the night before he improved dramatically,” Henderson said. “Consequently I think it’s only right now that he will be taken out of the race.

“It’s brutal – it’s not an issue that has ever bothered him before, he’s never taken a lame step in his life. The timing is just ridiculous, but that’s what we say every year – you know something will come and bite you, but there are certain ones that are a bit bigger than the rest.

“It’s very cruel, and cruel on everybody to be fair. To get him back from that race at Ascot to where he is now – he’s been in such brilliant form, but he won’t be there to show it.” 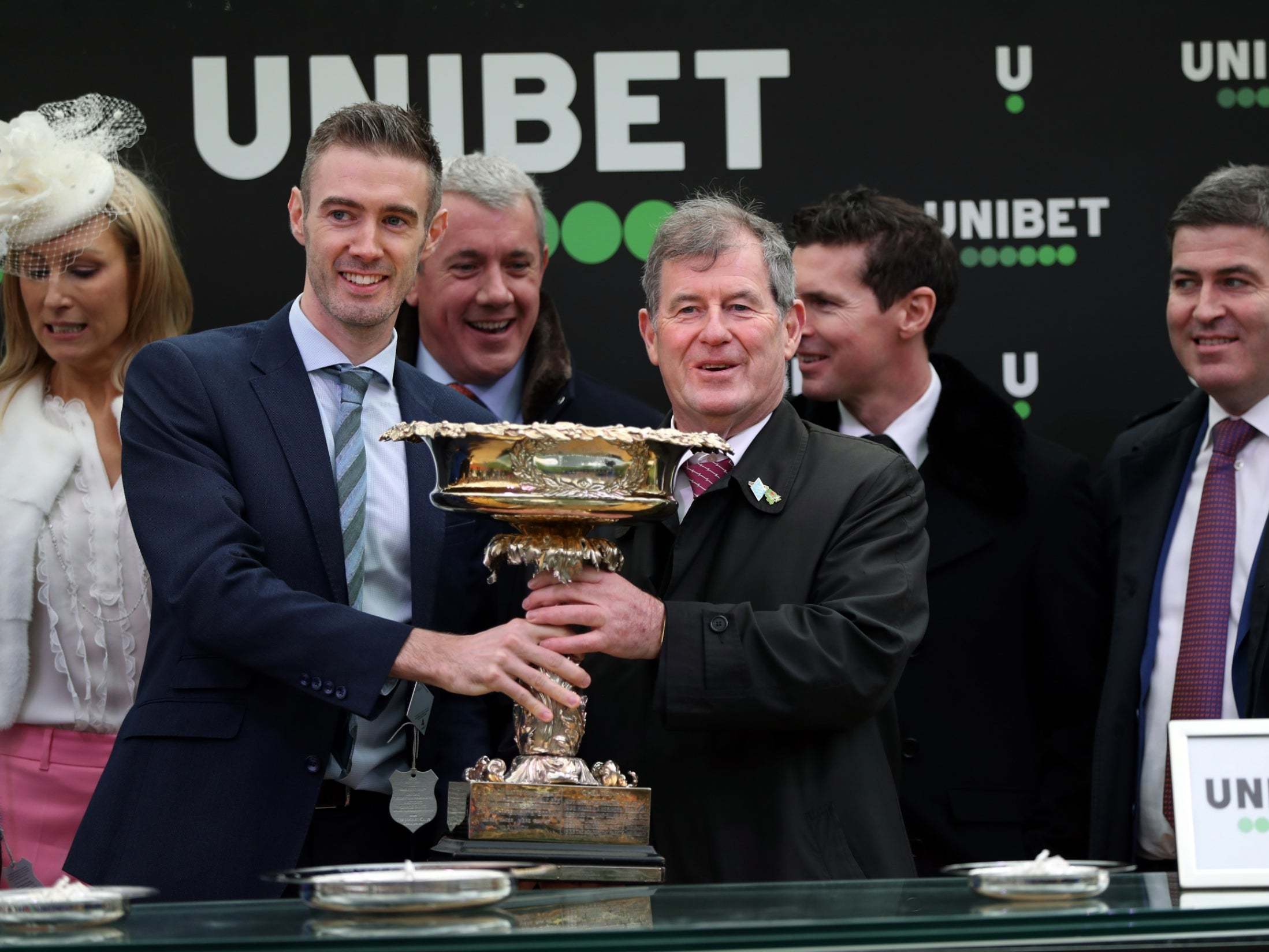 Henderson was not the only trainer to double-up on Tuesday and Henry de Bromhead pulled off the upset of the day in the Mares’ Hurdle, with Honeysuckle holding off the heavy favourite Benie Des Dieux to take victory and cost Willie Mullins what was being talked up as a guaranteed victory. The blame went to another Mullins runner in Stormy Ireland, who led the majority of the race and pulled right just as Benie De Dieux rounded on the outside of the final turn, allowing Rachael Blackmore to snatch the lead on the inside and hold off the hard-chasing favourite on the home straight.

“This mare is so special,” said Blackmoe afterwards. “She’s unbelievable. I’m lucky I get to steer her around. Winning here gets better every time! You learn early on that they don’t come along too often.”

Mullins was not so delighted. “I’m a little dazed, I just think there was miscommunication turning for home. Maybe Robbie (Power, on stablemate Stormy Ireland) thought one of our horses was behind him rather than Honeysuckle.

“It looked like he gifted the winner a huge gap while Paul had to come round the outside. There you are, things happen. She ran well. Elfile ran well and Stormy didn’t go fast enough, she should have been going much faster to take the sting out of them.”

The victory followed Put The Kettle On’s triumph in the second race of the day, as Brendan Powell managed to hold off Fakir D’Oudairies to give De Bromhead his opening winner, while The Conditional sealed a slender victory in the Ultima Handicap Chase after surging through the field late with Kildisart to snatch the win in the closing stages, beating off competition from joint-favourites Discorama and Vindication.

Imperial Aura took the Novices’ Handicap Chase in dramatic circumstances as Precious Cargo fell at the last, costing Henderson and De Boinville another potential winner after hitting the front on the run home, while Ravenhill left it late to pip Lord Du Mesnil in the final race of the day to clinch the National Hunt Chase.