WHEN it comes to being brave, Lily Lomas, from Winchester, has been there and got the T-shirt.

Last December she was diagnosed with a form of cancer so rare that approximately one in 16million people a year are found to have it in the UK. Lily, ten, endured long stints in hospital where, because of Covid restrictions, she wasn’t allowed visitors. 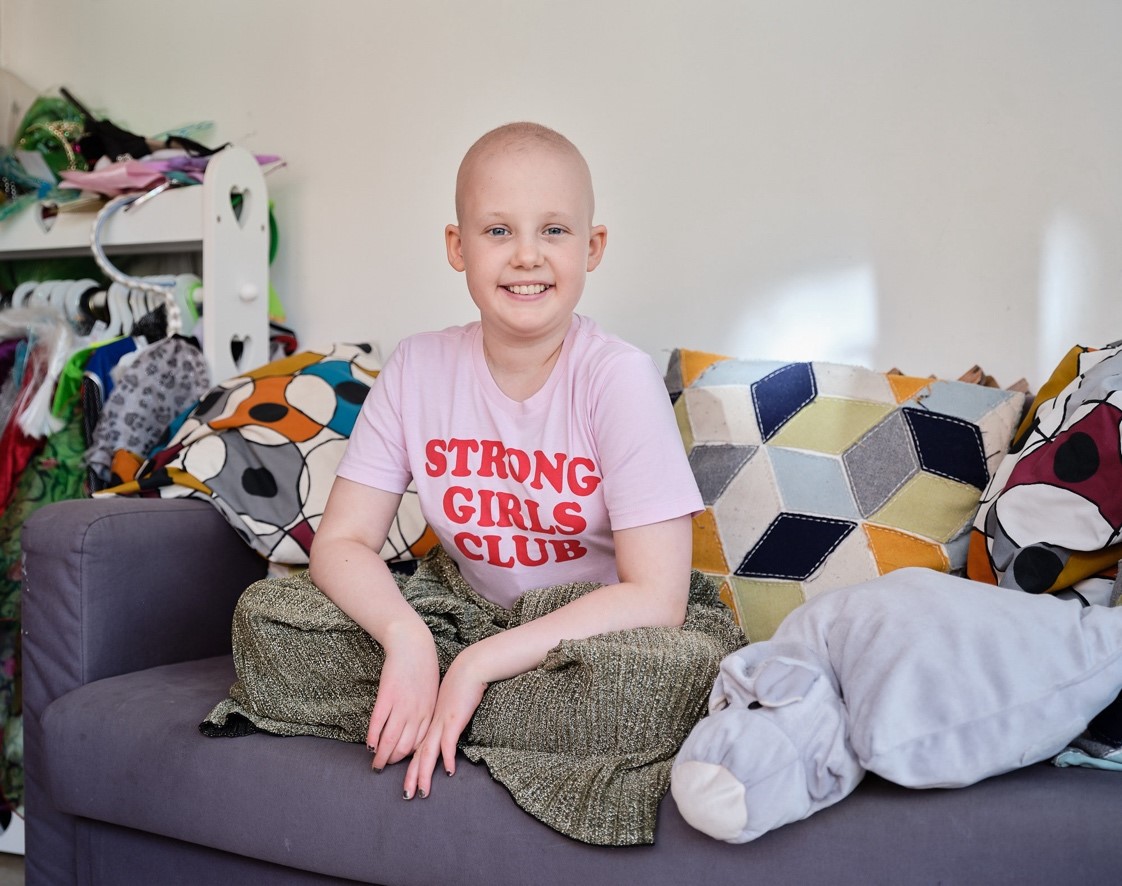 “The worst bits were the needles, feeling sick and not being able to see my family,” Lily says.

“We didn’t think anything of it as Lily’s quite accident prone and wasn’t poorly at all. But by October it was the size of a £2 coin,” Lily’s mum Kirsty, 42, says. “We visited the GP and when Lily had an ultrasound in November the lump had grown bigger and wider than her knee.”

Doctors took a biopsy and on December 1 an oncologist at Southampton General Hospital delivered the devastating news – the lump was cancerous. Lily needed to start treatment immediately.

“When I first went to the day ward for my biopsy, I thought it was just for people with lumps. I didn’t know what cancer was – I’d never met anyone with cancer,” Lily says. “When I had my line fitted for my treatment I was so scared.”

Kirsty, a university programme administrator, was by Lily’s side during all her treatments and is in awe of her bravery.

“When doctors told Lily she’d need chemotherapy she got upset because she might lose her hair,” Kirsty says. “But half an hour later she was deciding what colour wigs she wanted. She’s been phenomenal throughout – so matter-of-fact about everything. She’s amazing.” 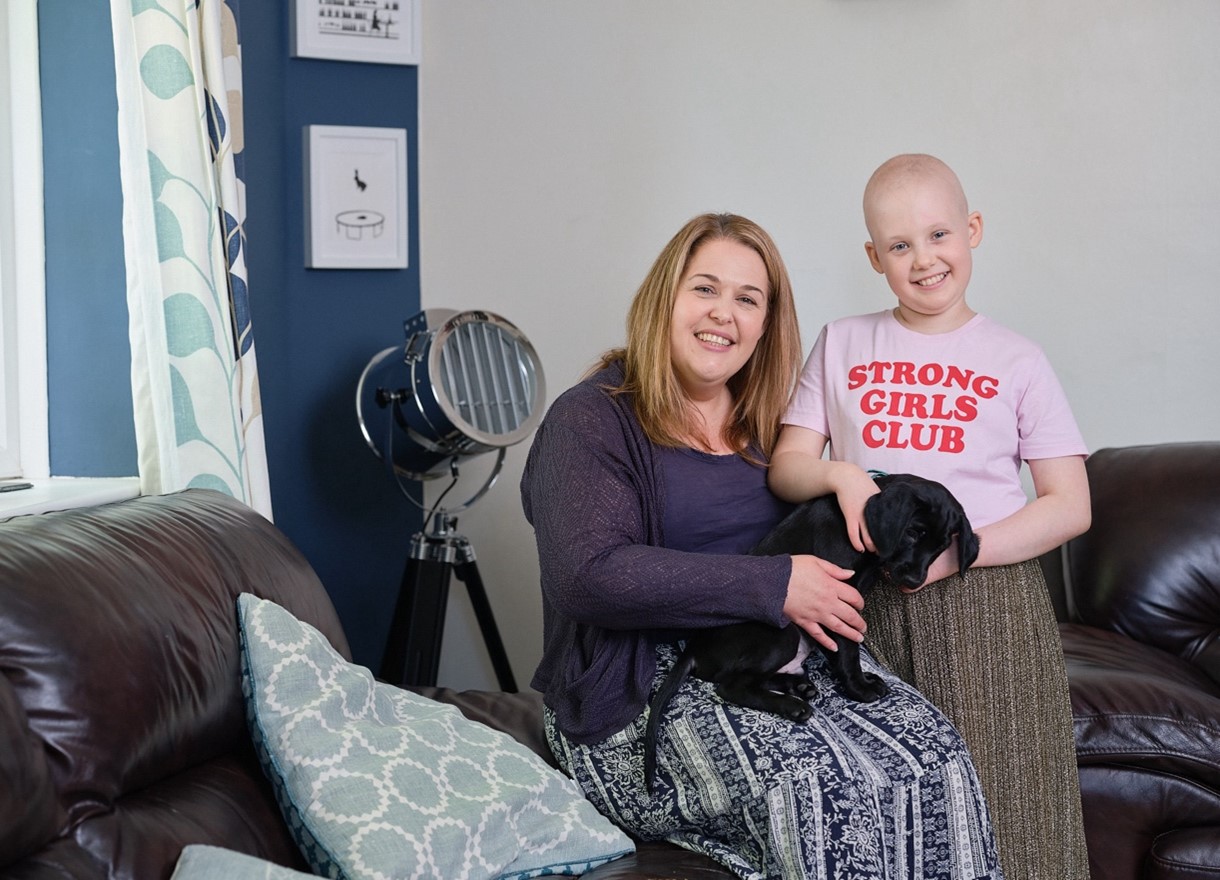 “I don’t like the MRI scans,” Lily says. “They have headphones for music but you can’t hear it because of the noise of the machine. And the only hospital food I like is cheesy jacket potato.”

Lily was bored in hospital too, missing her dad Simon, 41, an IT consultant, and siblings Jake, seven, and Aria, six.

Then the play therapist at Southampton General told Lily about Spread a Smile, a charity supported by National Lottery funding. Their entertainers lift children’s spirits in hospital, with all the fun happening online now because of Covid.

“Spread a Smile took my mind off being in hospital or feeling sick.” Lily says. “One of the sessions was art and the artist Laura and me drew owls and coloured them in. Now I’m drawing a whole selection of cartoon superheroes – Wonder Woman, Batman and Spider-Man.”

Lily had a Spread a Smile session every week online, usually one-on-one but sometimes in groups, which Jake, Aria and dad Simon could join from home. 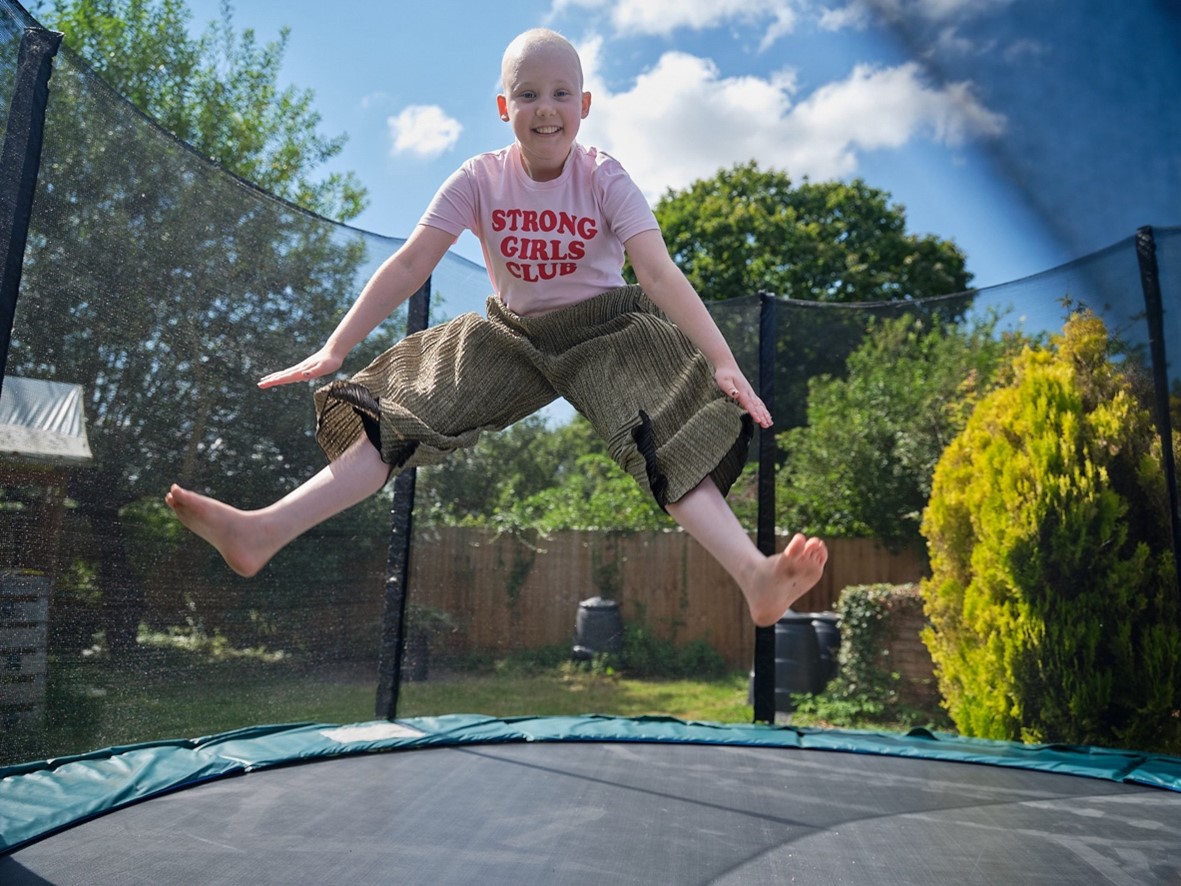 Alongside art, there were play and singing parties hosted by Spread a Smile fairies.

“They even managed to get Daddy dancing,” Lily says, laughing.

In advance of a festival make-up class Lily received a bumper box of bling – make-up, brushes and stick-on gems and tattoos. Another time, a magician wowed his young audience with an impressive display of tricks.

“Spread a Smile has kept Lily entertained,” Kirsty says. “She tells Jasmin, our organiser: ‘I’d like to do such-or-such this week’ and it’s arranged. Jasmin even organised a special drama session for Lily because that’s her favourite.”

In June the leg brace Lily wore for four months post-surgery was finally removed and she underwent her last bout of chemo. Now, after an all-clear MRI, the family are waiting for a PET scan to confirm she’s cancer-free.

Meanwhile Lily is spreading plenty of smiles herself, going into Year 6 at Harestock Primary School in Winchester and welcoming a new family member – Rocket, an eight-week-old cocker spaniel labrador pup.

“Thank you to all National Lottery players for helping to support Spread a Smile” says Kirsty.

Lucy Jackson, chief executive of Spread a Smile, says: “We are so grateful for the National Lottery funding, which has enabled us to spread thousands of smiles to children like Lily.

“Our incredibly talented team of artists, fairies, magicians and musicians bring smiles and joy to seriously ill children and teenagers at their hospital bedsides, helping to reduce anxiety and offer a much needed distraction from long periods of time spent in hospital.”