Home » Lifestyle » Can eating loads of truffle get you high? 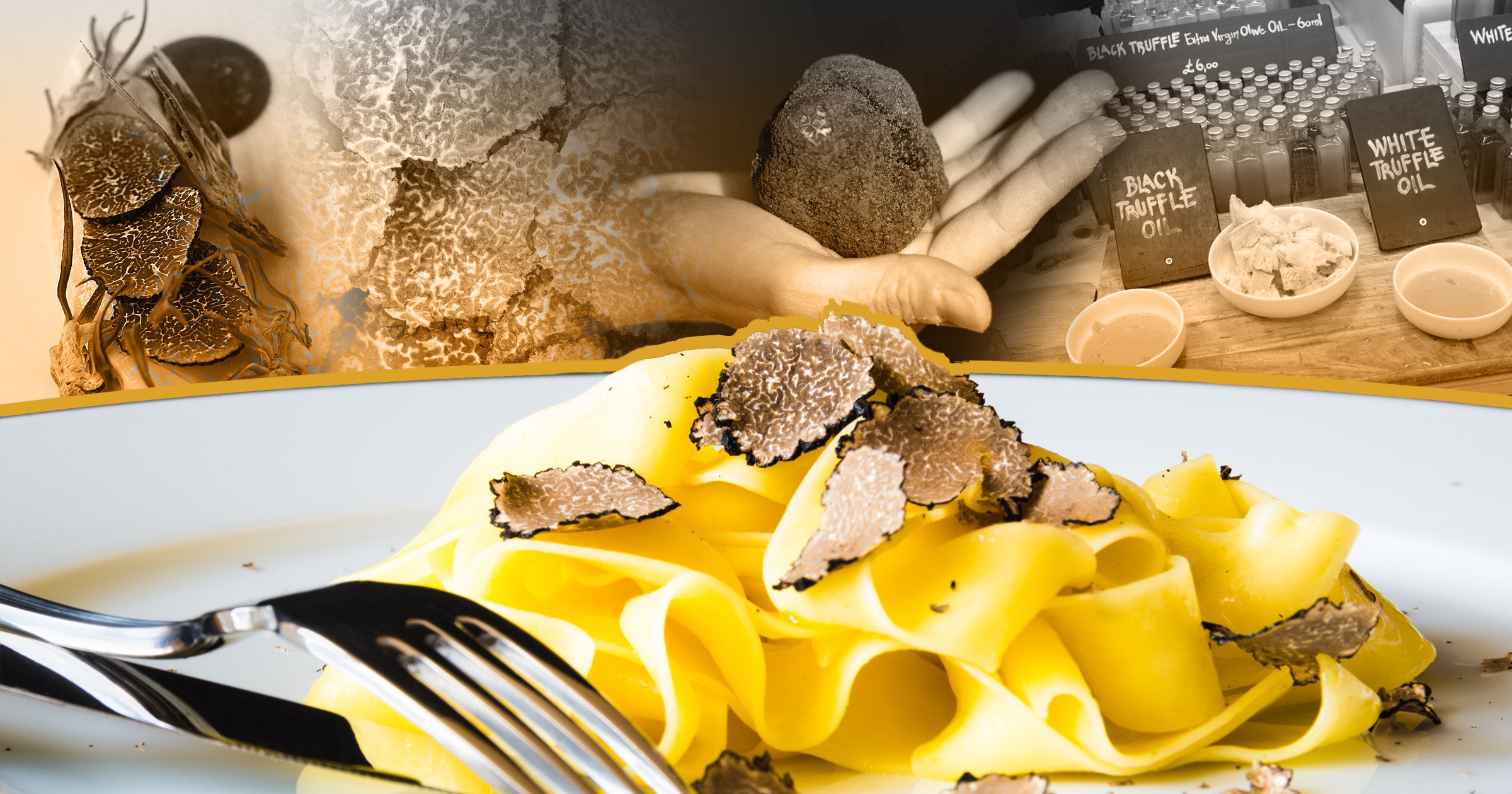 One warm evening while on holiday in Croatia, I put down my fork after finishing a plate of gnocchi and realised that my head was swimming.

The dish had been unbelievably good. Creamy and salty, with the distinct rich punch of earthy flavour that comes with lashings of shaved black truffle.

It tasted amazing. So amazing in fact that I felt dizzy, spaced out. My boyfriend across the table – who had also had the gnocchi – widened his eyes at me and said he felt the same.

Were we high? Off truffle?

The sought-after delicacy is a mushroom after all, and we all know what certain forms of that particular vegetable can do to our minds.

So, is the truffle high a real thing? Is it part of the reason why truffle seems to be on every menu at the moment? Is there something more than the delicious umami flavour that makes us crave this product?

‘The science behind the “truffle buzz” is actually quite real,’ says chef and organic farmer Susy Massetti.

‘The fact that truffles are highly addictive is a well known fact. I personally love them and recently some Italian researchers have discovered why.

‘Truffles produce anandamide, a natural chemical similar to marijuana’s active compounds or endocannabinoids. The researchers seem to think that perhaps this is a way truffles ensure their spores are spread widely throughout the environment, thereby improving their chances of reproduction.’

This natural chemical is known as the ‘bliss molecule’ and it creates a marijuana-like high in both humans and animals.

It works in a similar way to THC compound in cannabis to improve mood. So, it’s no wonder I felt both great and a bit spaced after my truffle-heavy gnocchi.

‘When pigs, dogs, and other truffle eating or hunting animals sniff them out, they end up being literally intoxicated by the compound (anandamide intoxication) so much that the handler, the truffle hunter, needs to distract them from their finds by giving them a little morsel of truffles so he can harvest the expensive tuber,’ Susy explains.

‘As humans, we do have cannabinoids receptors, and they are located mostly in our brain, spinal cord and nerve cells, so it can be quite possible that some of us are more sensitive to the effect of the same and develop a light buzz after eating truffles.’

Many people can’t help but have a visceral reaction when they taste – or even just smell – truffle. This ‘bliss molecule’ could be why it makes us feel like this.

Mauro Maccarrone, of the Campus Bio-Medico University of Rome, Italy, explained that anandamide is also used in humans to trigger the release of melanin.

The researchers say it has the power to change mood, memory and appetite. Its creation in black truffles is what creates the plant’s dark colour, and it is believed it may have evolved to encourage animals to sniff them out, and help them spread their seeds.

But this doesn’t mean eating truffle pasta at lunch is going to have the same effect as smoking a joint.

There is limited evidence that reveals the exact amount of the THC-like substance that can be found in black truffles, but anecdotally, it seems as though feeling a buzz when you eat them is pretty rare.

Michael Clay, head chef at Elnecot Manchester, says he has heard about the phenomenon, but never experienced it for himself.

‘I’ve read about certain truffles being able to cause similar highs as other types of less culinary used mushrooms, but I’ve never actually got my hands on any to cook with,’ Michael tells Metro.co.uk.