Home » Lifestyle » Can Anyone Ask Hillary Clinton a Question She Hasn’t Heard Before?

Nanette Burstein is used to pressure. The Oscar-nominated documentarian has devoted her life to telling other people's stories. But sitting down with former Secretary of State and 2016 Democratic presidential nominee Hillary Rodham Clinton for the new four-part documentary Hillary (premiering Friday, March 6, on Hulu) was a challenge, she says, unlike any other.

"People have such polarizing opinions," Burstein says of Clinton. "I always feel the weight of responsibility to tell people's stories, but this was particularly challenging. I knew that even if I did the best job I could possibly do in my life, she continues to be a polarizing subject."

That's also what made the idea of working with Clinton so enticing. Burstein says that she wanted to use the documentary not only to tell the story of the 2016 election (with never-before-seen videos), but also to kick-start a conversation about the bigger issues that have followed Clinton throughout her career, including the impact that her gender and ambition have had on her life.

The result is a deep, soulful look into the life of one of the most—if not the most—admired and criticized woman of our time. From how she reacted to the revelation that President Bill Clinton had had an affair to flouting concerns that she shouldn't go to Beijing in 1995 for the United Nations Fourth World Conference on Women (where she gave her iconic speech stating that "women's rights are human's rights")—nothing was off limits. Here, Burstein opens up to Glamour about the most surprising revelations, the toughest questions, and what she thinks of the Clintons now.

Glamour: The night before you met Hillary for the first time, how nervous were you?

Nanette Burstein: It was March of 2018 when I met her [for the documentary]. It was my first time meeting her. I had been speaking to the producers and Hulu about potentially coming on as the director about a documentary about her. At that point, there was all this footage of her and her staff behind the scenes [leading up to the 2016 election]. I didn’t know if I would get brought on to do this project or how it would work out, but she’s someone I’ve always been interested in. So weirdly enough, I was not nervous because I just saw it as a unique opportunity. I think in the job that I have, I often get these wonderful chances to meet people I’ve been fascinated by in different ways, so I wasn't nervous, which was probably a good thing. 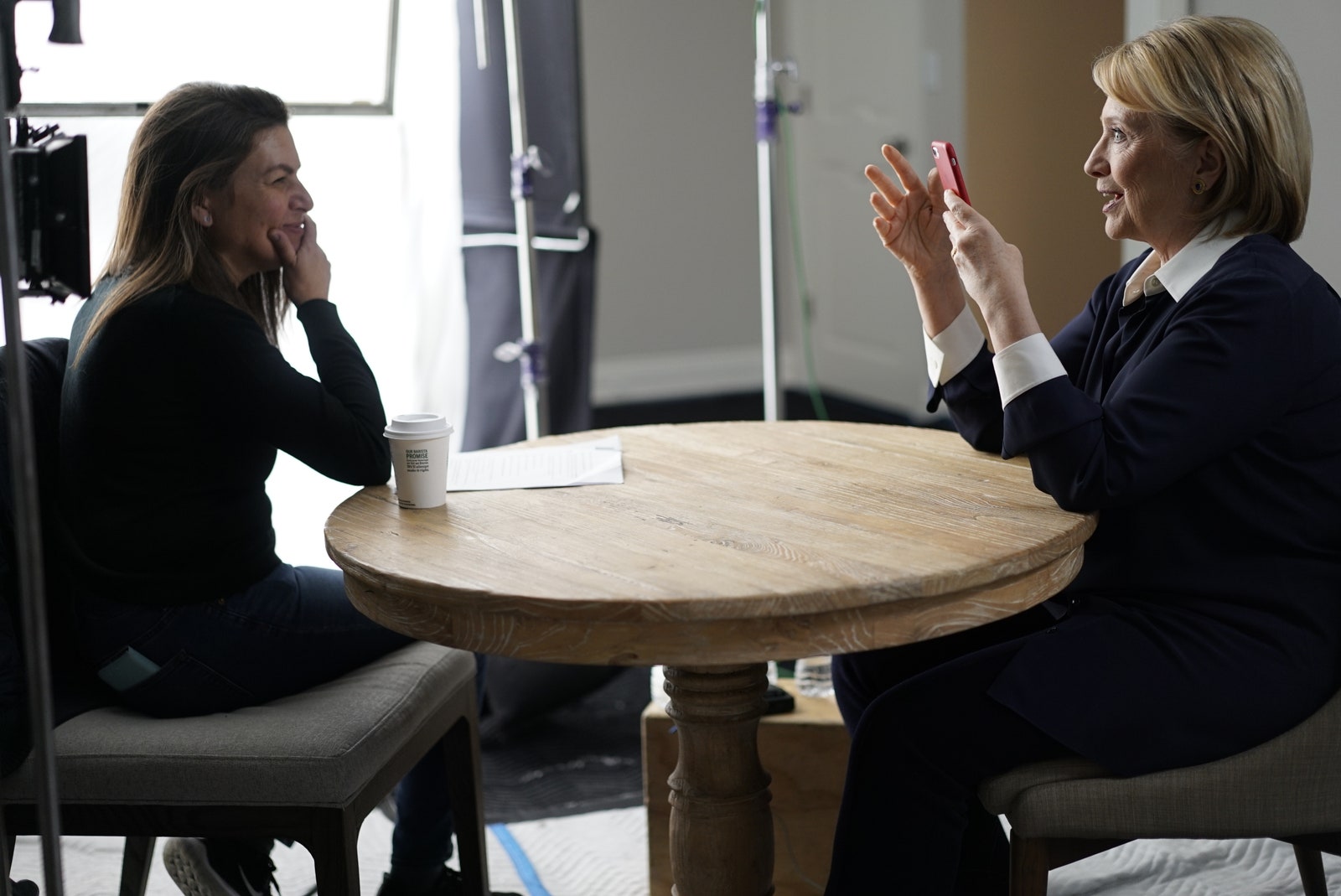 Did she ever ask if you voted for her?

She did not ask me, although I did vote for her. And I’m sure I mentioned it, not as a selling point, but just because we were talking about the election, and if you’re going to talk about the election, you end up talking about your emotional experience. I was not someone that was a Trump supporter, so I think I brought it up in just conveying my own election experience.

What surprised you the most throughout the entire process? What revelations made you think at the time, Oh wow, this is good stuff?

The biggest thing for me was that, if you look at all the details of her life and you can do it in an intimate and personal way, you could see the arc of women’s history in a way that I hadn’t seen through one person’s life before, at least contemporary history of starting with the second wave of feminism to today, and she really was the tip of the spear.

Once I started actually doing the interviews, the thing I was most surprised by was how candid she was with me and the time she allowed for me to interview her to get her story told. At first we thought it would be a couple days and then we realized, Oh my gosh, this is going to take so much longer. She was very patient with understanding that I really did have a lot of questions, so she extended it. And I was also surprised by how candid her husband was. He gave me a few days of his time and he was incredibly forthcoming as well. That was an amazing asset for the film to have his viewpoint as well in there.

I was going to say, I was so shocked at how emotional Bill Clinton got. For the first time ever, he was remorseful about the affair and really got the enormity of the situation. Is that what you felt at that moment?

Just as an audience [would] experience, that’s how I was experiencing it, and he was really remorseful and very emotional and very forthcoming. I didn’t know he would go there. I mean, I knew he would talk to me about it, but when I had seen him be interviewed about it [before]—and this is in the height of the #MeToo era—he seemed very defensive, and so [this] was very different. And I felt it. It was incredibly honest and raw. This is how he really felt. It was just a really unusual moment to see a former president bare their soul that way. And he did it for his wife, ultimately. I mean, I’m not sure how much upside there was for him. I think he did it because he felt like, Okay, this is a great opportunity for Hillary to have a biography where I feel like [in the past] she’s been really misunderstood and this has been a part of it, so I’m going to contribute. And be real! So that was surprising and I really think it adds so much to the series that both of them were able to be that unvarnished and revealing.

Bill, Socks, and me on the White House lawn. #tbt

Was there any particular person you were most nervous to sit down and talk to?

Well, I was very nervous to ask the former president about his affair. [Laughs.] You get up in the morning, and quite frankly, I was dreading it. I respect him, and it’s not something I was looking forward to. I’m not one of these kind of interviewers that’s so combative…. I like to have intimate conversations with people, but it’s always hard to [discuss] really intimate things with someone who was president of the United States. So yeah, I was intimidated…probably the most intimidated. I knew this was also very hard for [Hillary] to speak about, and was not looking forward to that either. And I think the only person who dreaded [having this conversation] more than me was them.

How difficult was it to get President Barack Obama to participate? He hasn’t done many interviews since he left the White House.

Yeah, and I did not have a lot of time with him. It wasn’t until the end [of the filming process]. I wasn’t sure if I was going to ask him to be interviewed or how important it would be, and then later in the editing process, I realized it would be really nice in the section about her being secretary of state to hear from Obama. So we went to him, and we didn’t have a lot of time left. He did ultimately agree, and he agreed, like, “Okay, I have limited time, and I need to know specifically what you want to ask me about.” And he was agreeable. I knew specifically what I wanted him to talk about, which is what I did, so that did not take a lot of time. And he’s incredibly articulate, and he can just sit down in a chair and talk about it and then go about his day. 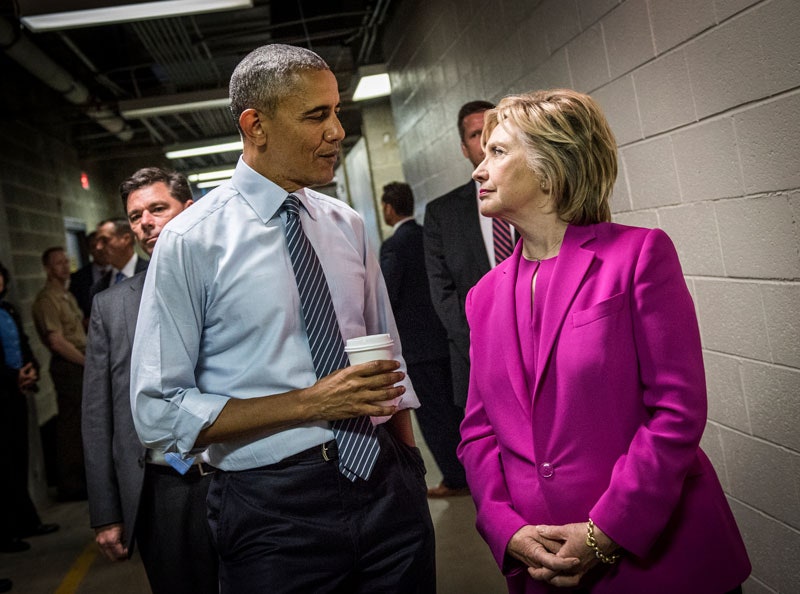 One thing that I really found interesting is that there’s a lot of talk about Hillary’s close confidant and adviser Huma Abedin, but she does not sit down for an interview. I assume you reached out to her, so what can you say about that?

I mean, Huma is extremely involved in [Hillary’s] life still, to this day. And Huma was very helpful to me. If I needed to contact any of [Hillary’s] friends or colleagues, they would never call me back if Huma didn’t say, “No, [she’s] not just a crazy person, and yes, Secretary Clinton is okay with you talking to her.” So she was unbelievably helpful and supportive of this project. She just isn’t someone who wanted to sit down for an interview. She’s had her own struggles with the media about her own life and prefers to be more behind the scenes.

Were you personally bummed that she didn’t participate?

I mean, yeah, it would have been nice, so then people don’t go, “Why isn’t Huma Abedin in it?”

You filmed in the Clintons’ house in upstate New York, right?

Yes, in Chappaqua. We filmed in their guest cottage.

They have these two cute dogs running around. It’s not an exaggeration that they love to read and there are bookshelves and books everywhere. They are very down-to-earth. People think they maybe have this elitist lifestyle, and I did not find that to be true at all. They have pretty modest living arrangements, and are very laid-back, other than there are Secret Service around, which is a requirement. 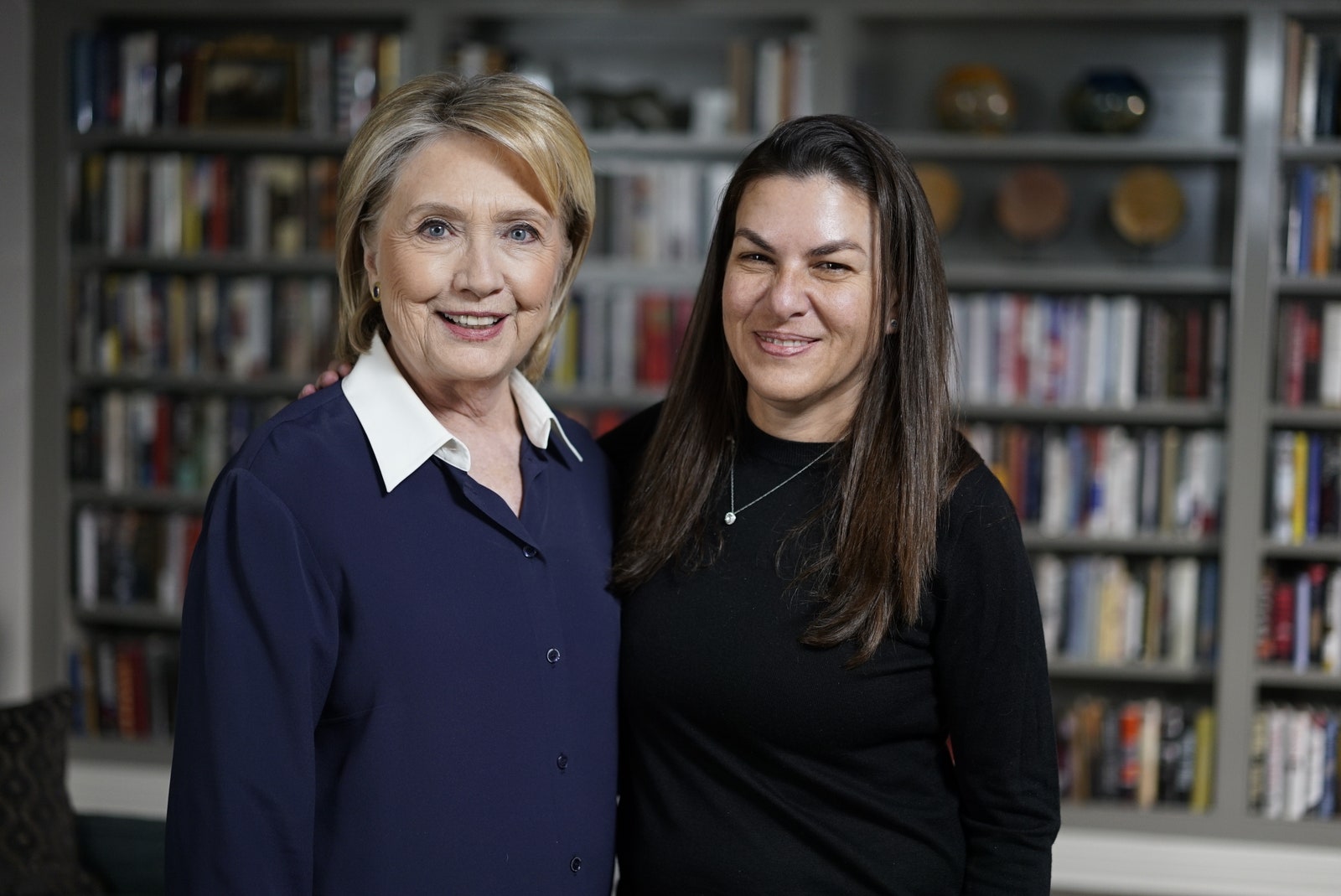 Did doing this documentary change your view of the Clintons?

I like them a lot more afterward. Just getting to know them as people. Look, I voted for her, and I thought she would have made a great president. I thought she made a great senator of New York, but I was never a Hillary acolyte. I didn’t put her on a pedestal. I didn’t really think a lot about her. In fact, I thought, like a lot of people, Oh, she seems a little guarded. And I didn’t find that to be true at all. I found her to be quite approachable and accessible and very down-to-earth. Even smarter than I had imagined too.