Camille Grammer: I heard Erika Jayne rumors from a ‘Housewife’ in 2019

“@TheRealCamilleG Is there anyway you can tell us or hint to, which Housewife told you about Erika & Tom [Girardi] money issues at Andy’s Baby Shower?” a fan asked the “Real Housewives of Beverly Hills” alum, 53, on Twitter Wednesday.

“A west coast HW.  A so called ‘good friend’ of hers,” she divulged in response.

Grammer’s reply caused Bravo diehards to flood her timeline with theories, many of which involved Jayne’s “RHOBH” pals Kyle Richards and Lisa Rinna.

“That narrows it to Kyle or Rinna. #rhobh #rhobhmeangirls,” one person wrote, while another asserted, “My bets are Kyle.”

“[Bethenny] told Rinna and Kyle so pretty much they all knew,” they wrote. “Big mouths.” 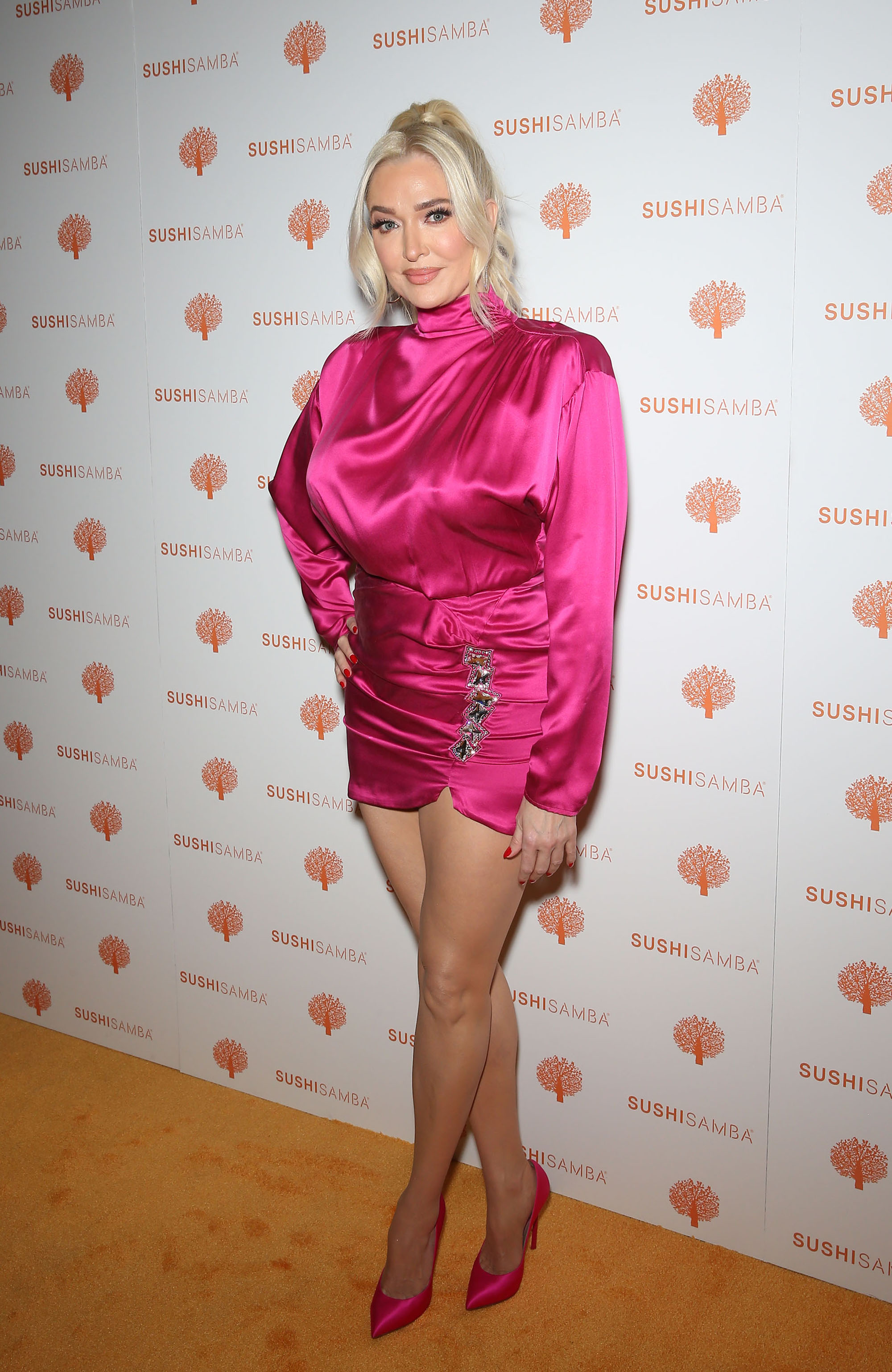 Still, Frankel didn’t attend Cohen’s epic, star-studded celebration for his now-2-year-old son, Ben — and, as Grammer alleged, the admission came from a Bravolebrity who’s based on the West Coast.

Rinna, 58, or Richards, 52, could very well be the gossiper, but there is also the chance that “RHOBH” stars Denise Richards, Teddi Mellencamp, or Dorit Kemsley could have let it slip, as they were present for Cohen’s fete.

Rinna is currently Jayne’s strongest ally among the “Beverly Hills” cast, and Page Six exclusively reported earlier this month that she is the “Pretty Mess” author’s “only friend left.”

It should be noted that a handful of “Real Housewives of Orange County” stars — including Vicki Gunvalson, Tamra Judge, Gina Kirschenheiter, Emily Simpson and Shannon Beador — could also be guilty, as they live just a few hours south of Beverly Hills and were present at the baby shower. 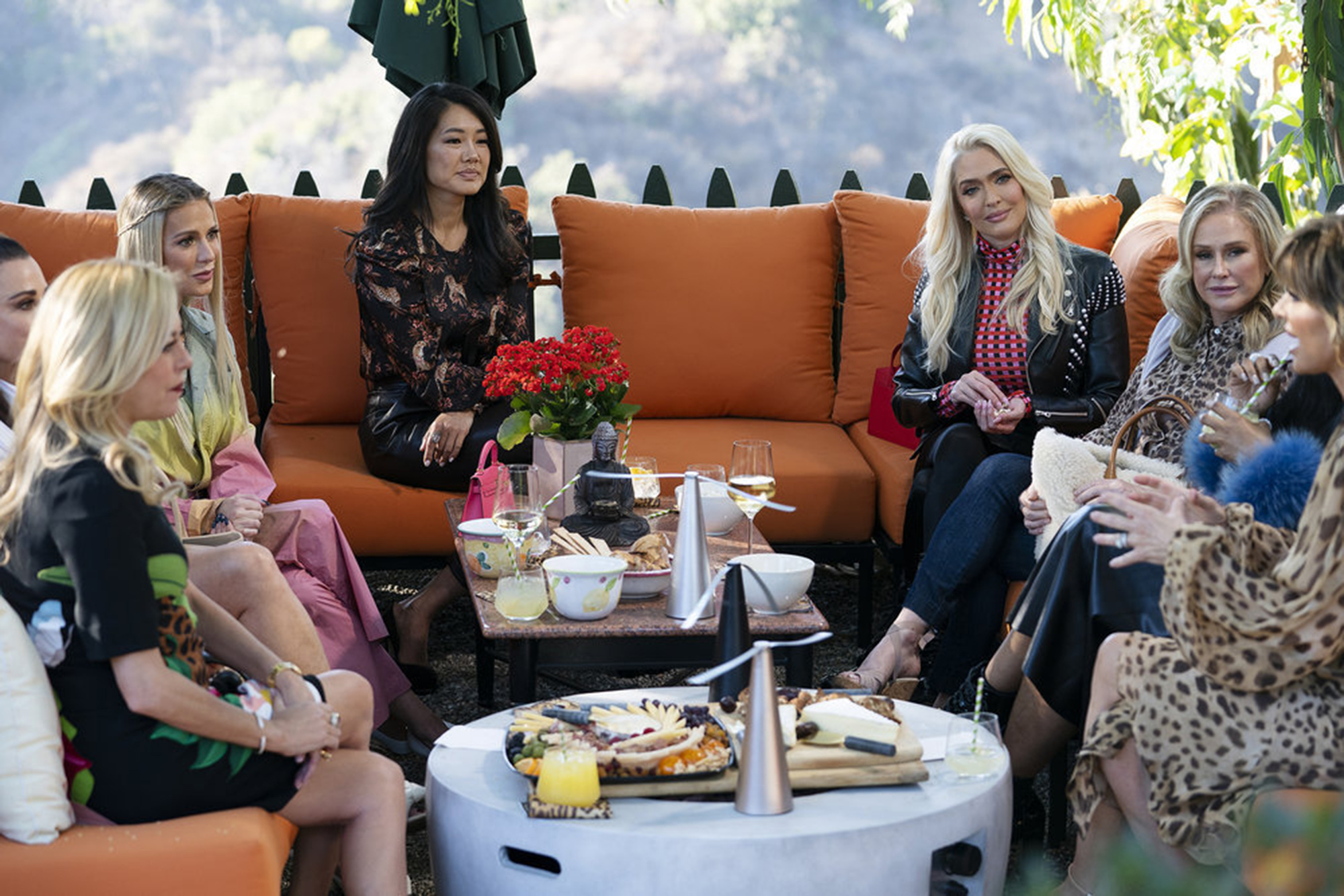 Jayne is currently facing a series of lawsuits over allegations that her luxurious life with Girardi, 82, was funded by money funneled to her from his former law firm, Girardi Keese, which has since filed for bankruptcy.

After the “XXPEN$IVE” singer filed to end her marriage to Girardi, 82, in November 2020, she was accused of using the pair’s divorce to hide assets and embezzle money from the victims of Lion Air Flight 610.

Throughout the current season of “RHOBH,” Jayne’s castmates have questioned her knowledge of Girardi’s legal struggles.

The disbarred lawyer — who is currently residing at an assisted-living facility after a late-onset Alzheimer’s disease and dementia diagnosis and the establishment of a conservatorship headed by brother Robert — shared his thoughts on the matter when paps recently caught him leaving a two-hour lunch with a friend.

“Did Erika know anything?” the cameraman asked, to which a visibly enfeebled Girardi stated, “I think she does.”