Home » Lifestyle » Called off at three-quarter-time, but we’ll be back

Last year, when the whole season was called off before it could start, it was like a forfeit. It’s something that happens, an occupational hazard in community sport. It wasn’t that we didn’t have enough players, it was that the opposition had too many. No amount of ringing around would change that. The opposition was COVID-19.

This year, it’s as if the umpires have walked over at three-quarter-time and said: That’s it. Leave the footies where they are, get in your cars, go home. We haven’t seen each other since. Online platforms are great, but as we all have learnt, they have their limitations. Try running a handball drill on Zoom. Try having a post-match beer on WhatsApp. 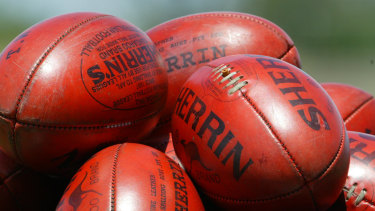 The women’s season was short enough already, and then suddenly wasn’t at all. The president’s last appearance was as a bumbling tribunal advocate. The outcome is academic now anyway.

The fridges are half-full, the books half-balanced. Functions were postponed and then cancelled, guest speakers stood down. There’ll be no B and F night. This is the glue of a community club, now congealing in its tube. Such memories as we have of this season have been stored away; we won’t be pulling them out of the drawer again any time soon. This is hardly the stuff of reunions.

A few coaches, players and committee people have already moved on, to other clubs, to new pursuits. Restlessness understandably has overtaken some, others’ lives are suddenly full of work and family.

To an extent, it’s like this every year. But this year it feels more abrupt, cuts deeper. We never got to say goodbye. What it means is that for this little moment, we don’t really know who we are. We can take stock of our footballs and canteen supplies, less easily of ourselves.

We’ll be OK. The resilience we’ve discovered as a statewide community runs strongly through community sport, of that I am sure. For many, it has its basis there.

Feet are under desks again already, phones pressed to ears. “Desk” might be a desk, but it might also be the cabin of a delivery truck or a plank on a building site at smoko. This is what volunteers do. We don’t have the luxury of panels and processes, though we are as careful and thorough as we can be on our terms. Moves are afoot.

The notion of hope has been ridiculed by some lately, but what’s to take its place? A sliver of hope sustained us through the emptiness of last season and is keeping us upright in the void at the end of this one. 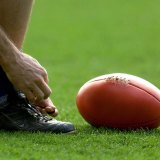 If there is a silver lining, it’s that there seems to be greater all-round awareness of the common good in community sport. You don’t know what you’ve got until it’s threatened. A sympathetic local council is unknotting some red tape that will lead to improved clubrooms. The state government has come good with a few shekels. We go on.

To be clear, no one is blaming anyone for this season that was and then suddenly wasn’t. It’s the grim times we live in. The pandemic will leave its scars here as everywhere. But we’ll beat long COVID. Old Camberwell, though, will be tougher.

I write this from inside a particular club, but I know that it applies to hundreds of community clubs, and wish them all well.

Greg Baum is president of St Mary’s Salesian in the VAFA.