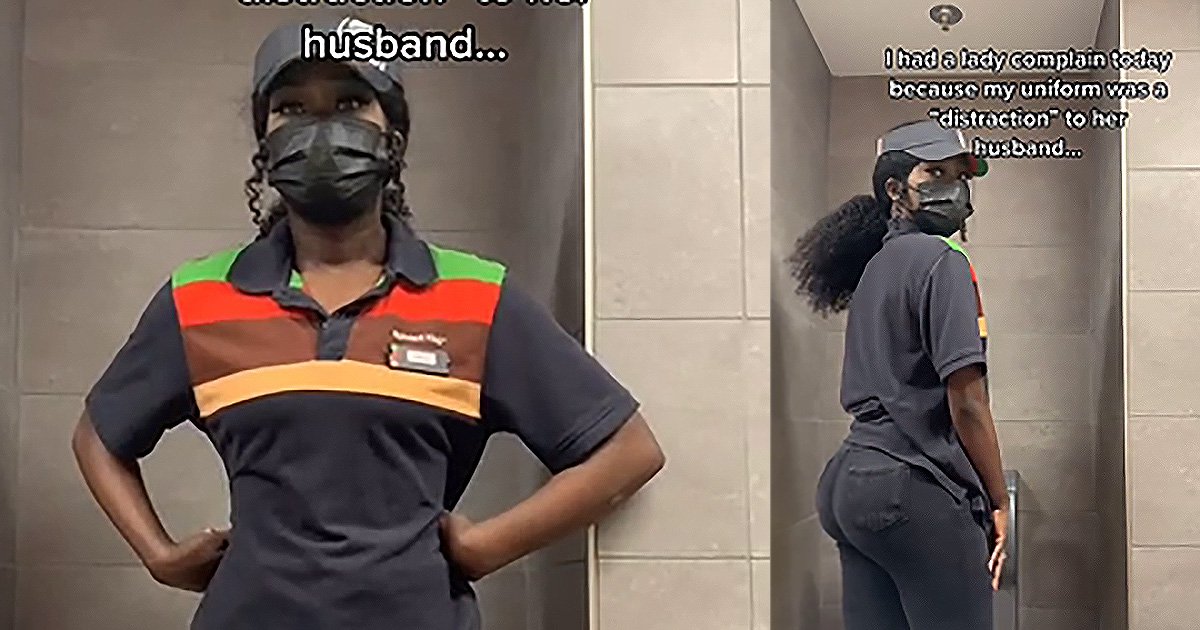 A Burger King employee has taken to social media to share a particularly uncomfortable experience she had with a customer.

TikTok user Lala, who posts as @rockefeller.o, shared her story on the app and included her subsequent first-rate response.

‘I had a lady complain today because my uniform was a ‘distraction’ to her husband,’ Lala explains in the video.

She then goes on to show viewers her standard Burger King uniform, which includes a grey t-shirt and baseball hat.

She paired the items with a pair of simple grey skinny jeans and it seems it was this item that the female customer took offence to.

However, Lala had the best response to the unwelcome feedback.

‘I guess I’ll leave my ass at home next time,’ she countered in the video clip which has now been viewed over 11.5 million times.

Understandably, there was a strong reaction in the comment section with many saying that the man was the issue in this situation.

‘For real! Our bodies are not a distraction,’ wrote one angry viewer.

‘So…we can agree her husband is the problem, right?’ said another.

While one follower commented: ‘And you’re supposed to have the shirt tucked in anyway.’

Others said Lala should have been flattered.

‘Or it was a compliment? That’s how I would have taken it,’ added one TikTok user.

‘I would be so flattered,’ agreed another.

Nevertheless, most agreed that the woman who complained needs to talk to her husband and work through her own insecurities and relationship problems.

‘People really do be that insecure,’ quipped one viewer.

To which Lala replied: ‘Judging by her reaction, I have a feeling that he’s probably cheated on her once or twice.’

Send us an email at metrolifestyleteam@metro.co.uk