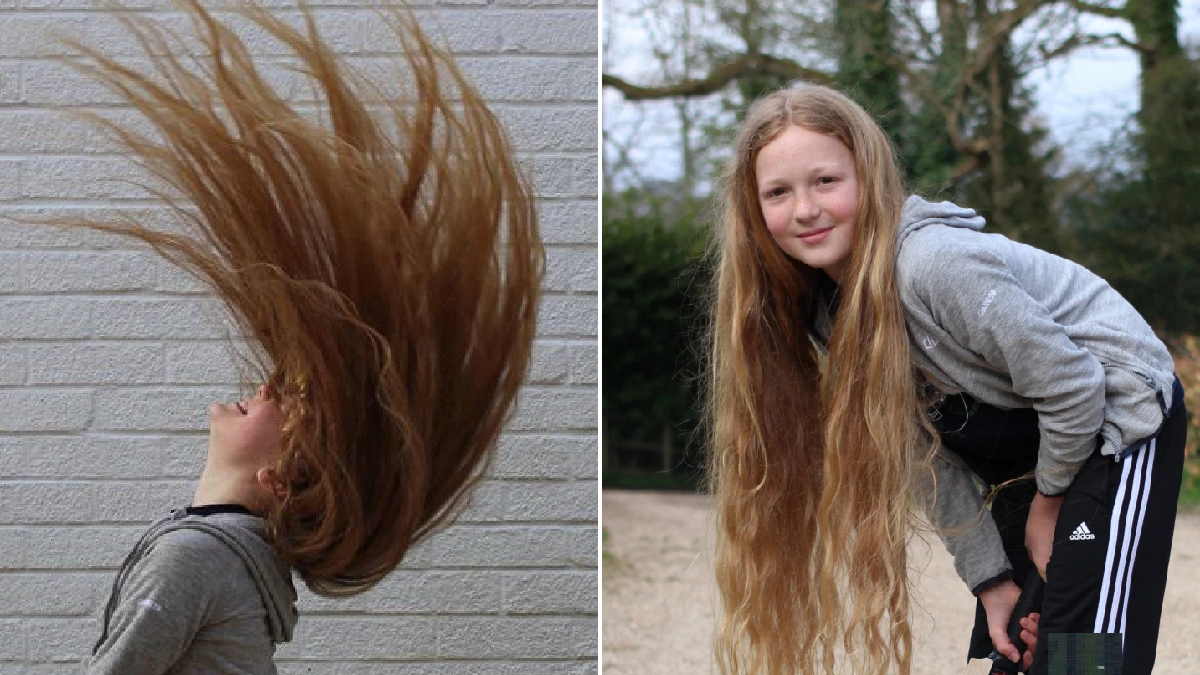 A 12-year-old boy is having his hair cut for the second time in his life for charity.

Bertie Pilkington is receiving the big chop on 13 May. But he’s getting more hair snipped off than the average customer – as his last salon appointment was when he was just four-years-old.

The youngster is donating his hair to the Little Princess Trust – a charity that makes wigs for children who have lost their hair due to cancer treatment or other medical conditions.

He’s also taking donations for the charity through a JustGiving page and is aiming to reach his target of £550.

Bertie’s 49-year-old mum, Jo Munting, explains that Bertie was determined to let it grow longer, so he could give more away and raise as much money as possible.

Jo said: ‘He was going to get it cut at the end of primary school but decided to keep it long because he’d get more money if he waited.

‘He’s braver than me. He had it cut when he was four, but it was only under duress – he just had it trimmed so it didn’t look scruffy.

‘He’s quite eccentric but he does a lot of sport so having long hair makes it difficult.

‘When he started at school people assumed he’s a girl as he’s got quite a female looking face.’

Bertie, who attends Park House School, knew he wanted to give away his hair after watching a TV programme about a child with cancer.

The 12-year-old said: ‘There was this My Life programme on CBBC and this girl had a necklace with beads on of all the things she had to go to hospital for.

‘There was one with a head and it said “a head, with hair” and there was another one next to it with a head without hair.

‘And she talked about going through cancer and not being able to have hair.

‘It’s just about giving back, because of how lucky you are to not have cancer.’

Don’t forget you can donate your lockdown hair – it might not be as long as Bertie’s, but if you have seven inches (or more) to spare, that will do nicely.