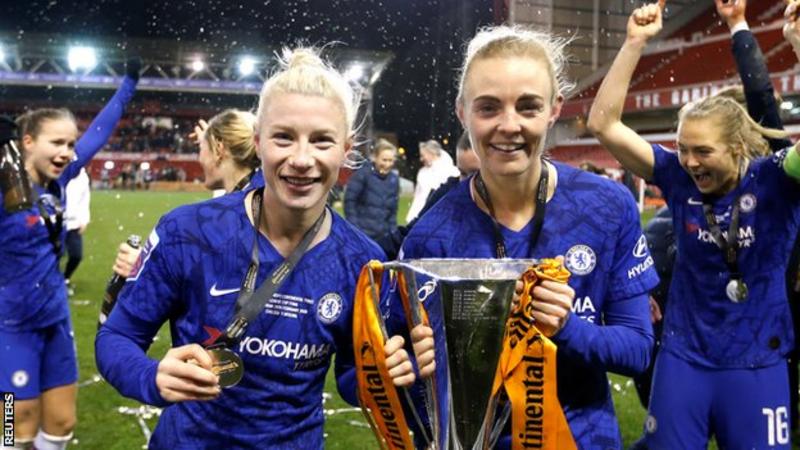 England striker Bethany England said there was a point in her career where she “genuinely didn’t think she was going to make it” and turned to a psychologist to get herself into a position where she believed in herself more.

The Chelsea forward, who is the joint-top scorer in the Women’s Super League this season, had doubts during a loan spell at Liverpool in 2017-18.

She returned to Chelsea at the start of last season and has gone on to start all 15 of their league matches this season, scoring 14 goals.

“You find a way through it,” said England, who made her international debut in the 3-3 friendly draw with Belgium in August.

“Everyone’s journey is different. I was at a stage in my career when I went on loan and I genuinely didn’t think I was going to make it.

“My agent helped me and I went to see a psychologist that got me in a better mindset because I’ve always been a person that’s very hard on myself and critical. He was able to help me get into a position where I could not put so much pressure on myself and be less critical.”

Only Arsenal’s Vivianne Miedema – last season’s PFA Player of the Year – has contributed to more goals in the WSL than England this season.

The 25-year-old says she is “more confident and happy on the pitch now” and believes there is “still more to come”.

“It’s just important that you trust in your own process and that if it’s meant to be it will happen,” said England.

“You have to learn when it’s right to be critical and when to just give yourself a break because we’re still human beings at the end of the day and as much as you want to win everything, sometimes it is just not meant to be.

“This is a tough environment to be in – any sport is. You make a lot of sacrifices and there are a lot of things that you feel you give up and not necessarily get the rewards for.”

England, who came on as a late substitute in the SheBelieves Cup defeat by the USA on Thursday, says she has spoken with her psychologist “a few times” since leaving Liverpool but has “not needed him recently” as she has enjoyed success on the pitch.

“There’s always going to be someone to help you in your time of need and thankfully he was there for me when I needed him,” she added.

“I think it’s always important to get a different perspective and see how things are.”

England manager Phil Neville says the striker “will be given opportunities” at the SheBelieves Cup and she will be hoping to start against Japan on Sunday, 8 March (19:00 GMT).

The Lionesses lost 2-0 to world champions the USA in their opening match, which dealt a blow to the defence of their title.

In the round-robin event, England will also take on debutants Spain, ranked 13th in the world, when they travel to Frisco on Wednesday, 11 March (21:00 GMT).

You can watch England’s remaining matches on BBC TV, BBC iPlayer and the BBC Sport website.