Matt Damon, step your game up, because a new bromance is blossoming for Ben Affleck.

The “Argo” director is currently filming the historical drama “The Last Duel” with with his longtime friend and Adam Driver ― yes, the one where Affleck goes blond and Damon sports a rather unfortunate chin beard ― but only one of his co-stars managed to save his son’s birthday party.

See, like any 8-year-old with a pulse, Affleck’s son Samuel worships at the altar of “Star Wars,” but more specifically Driver’s character, Kylo Ren. So even though he has Batfleck for a dad, nothing compares to a crossguard lightsaber-wielding jedi, OK?

During a “Jimmy Kimmel Live!” appearance on Tuesday, Affleck explained that he rearranged his schedule to make sure he made it home in time for his son’s birthday.

“I’m a divorced dad, I get half the time with my son, and it was his birthday! So I said to [the producers], ‘I’ll do whatever the schedule needs, but on the 27th, I gotta be in LA.’” Affleck explained. “So they set it up where I was shooting right up to the 27th, and then I kinda had to scramble … and I was going to land right in time for his birthday.”

He added: “We had presents set up and everything was getting shipped and sent, and I was gonna pick it up and go to his surprise party.”

But like all best laid parenting plans, things went awry, as none of the presents Affleck had arranged for his son arrived on time, leaving him with a “sort of sinking, awful feeling.”

Enter Adam Driver, who’d recorded a video for Samuel at Affleck’s request and sent over a few other surprise “Star Wars”-themed goodies for the big day.

″‘Adam heard it was your son’s birthday. So he called your assistant and got your address and sent some presents, and signed a card and a picture from Kylo Ren,’” Affleck recalled his assistant revealing at the last minute. “So I took those presents and went to see my son.”

When the party started, Affleck told Samuel that there was a “present from somebody who really wanted to make sure you got a gift.”

“He opened the presents and I played him the video, and it was an incredibly moving and powerful moment,” an emotional Affleck recounted. “Adam made me a hero to my kid, and I will never, ever, ever forget that.”

The father of three said the experience is “a really good lesson in doing those small gestures of kindness.” 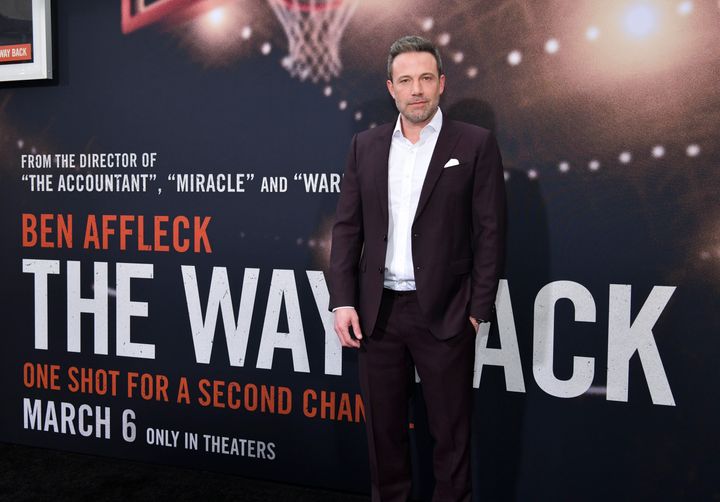 On the press tour for his new film “The Way Back,” Affleck has candidly reflected on his struggles with sobriety and parenting amid his split with Jennifer Garner with whom he shares three children, Violet,14,  Seraphina, 11 and Samuel, 8.

“You have to be able to forgive yourself as parents and say I’m not always going to do this perfectly,” he recently told People. “I’m going to do my best. I’m going to try my hardest. Sometimes I’m going to say and do the wrong thing but, like I said, kids are okay with that. If you’re honest and love them.”