The British star took to Instagram to present the stunning time piece to his 12.3million followers. 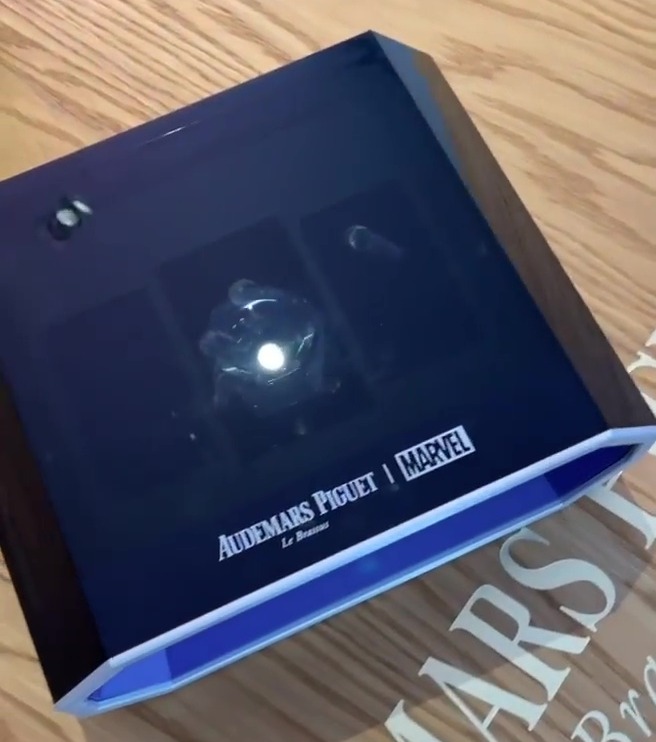 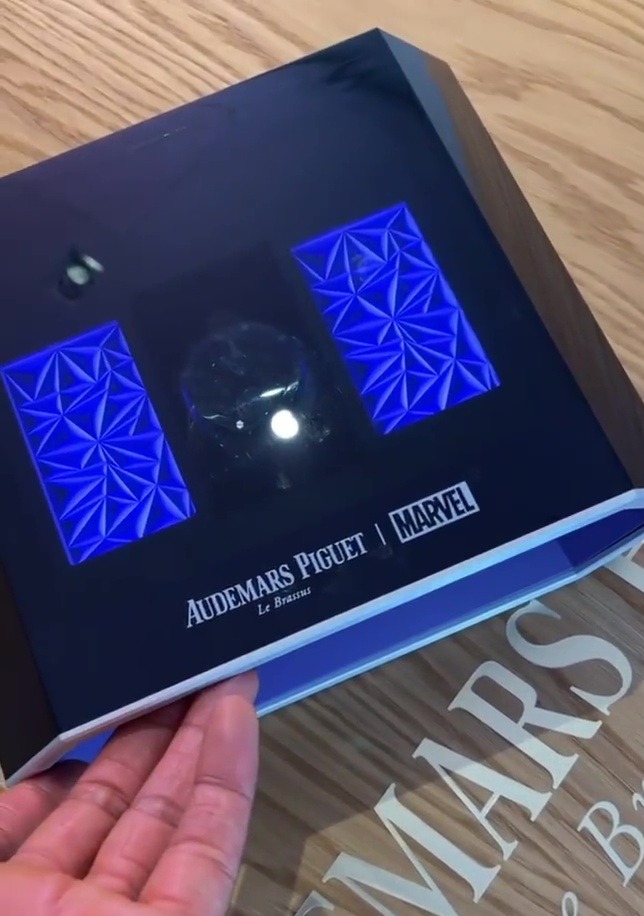 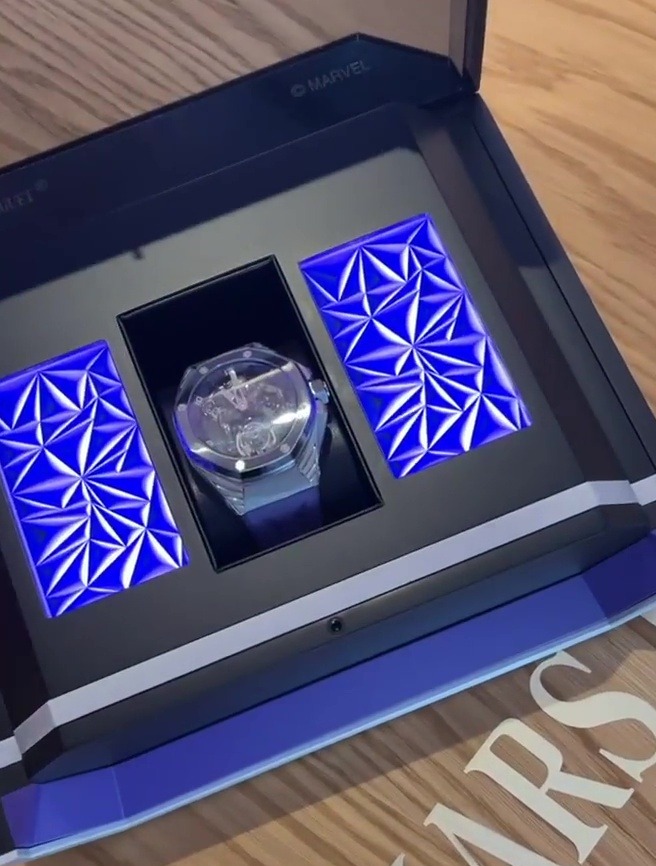 In the Insta story, the 31-year-old opens a luxurious box to show his followers the watch.

As he opens the box, sparkling blue lights came on to complement the sensational jewellery.

The watch is a collaboration between designer brand Audemars Piguet andMarvel to celebrate the franchise's 2018 superhero movie.

Marvel are believed to be interested in creating a whole range of watches with Audemars Piguet.

According to GQ, the watch is worth around £118,000 – with a special version sold for $5.2MILLION at a charity auction.

AJ wasn't lucky enough to bag himself a copy of the special version, but we reckon he's still pretty chuffed at getting the regular design. 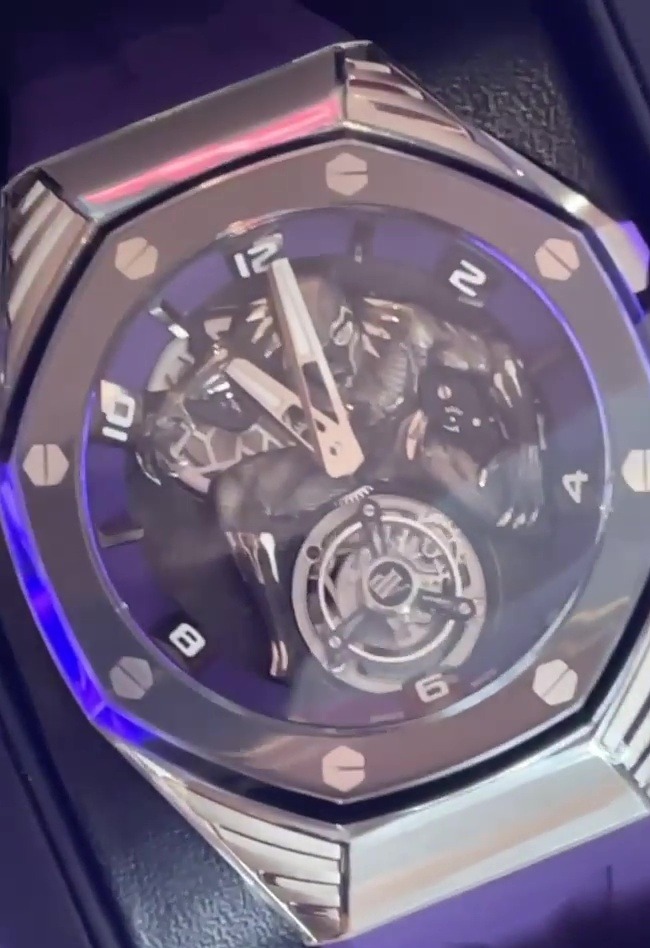 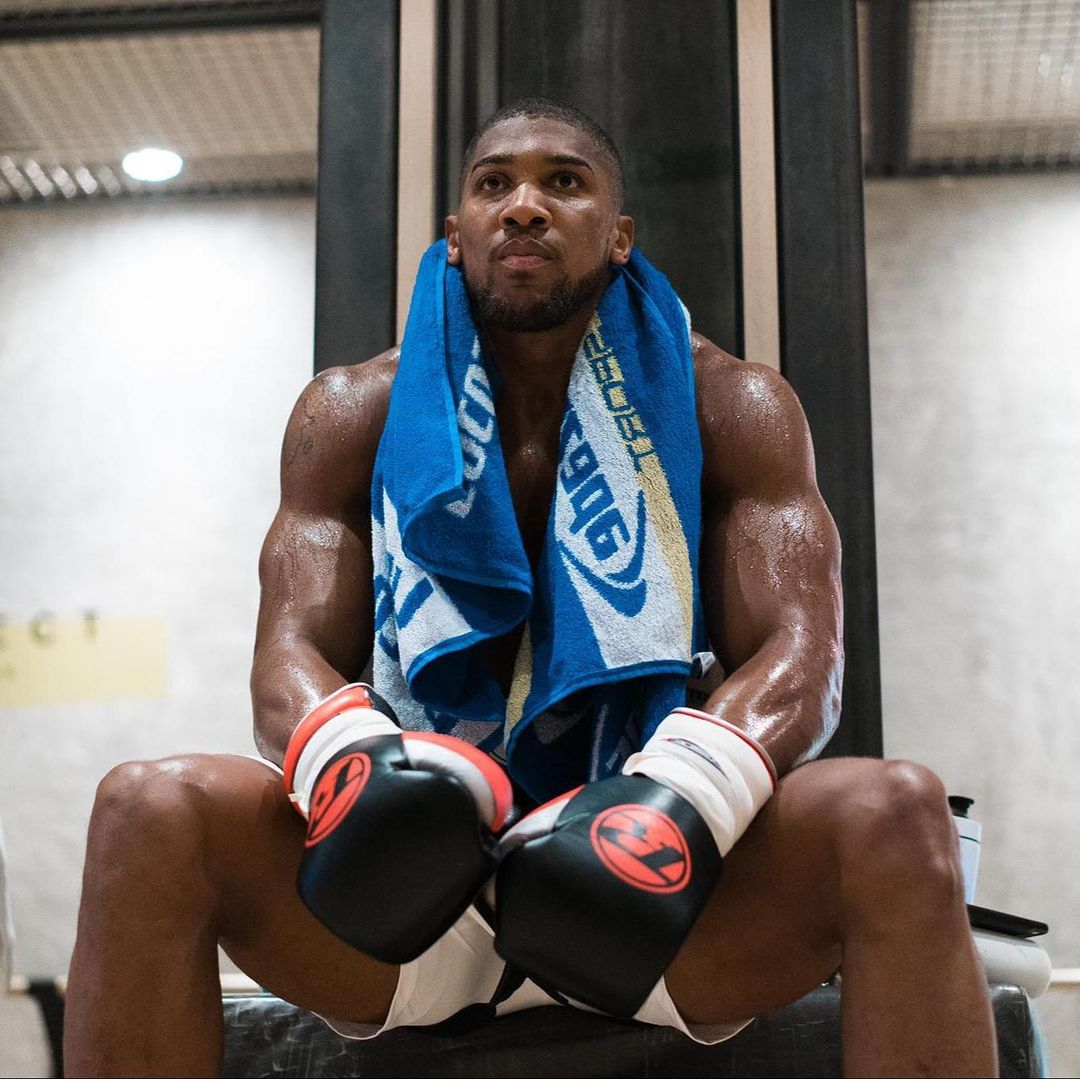 The heavyweight star faces the biggest 12 months of his career as he looks to become the undisputed world champion.

Joshua was hoping to beat WBC champ Tyson Fury in August and complete the job.

But that bout has been delayed until later in the year at the earliest as Fury has been ordered to fight Deontay Wilder for a third time.

As a result of that order, AJ will now need to fight Oleksandr Usyk if he is to hold on to his WBO crown.

If Joshua and Fury can win their respective fights, then boxing fans may finally see the two British heavyweights clash.

Promoter Eddie Hearn has increased tensions between the two fighters by claiming Fury 'never wanted' to face AJ in the ring.

He said: "I think it was pretty intentional. AJ felt that Fury never wanted to fight.

"I don't particularly trust people on that side. Some people couldn't let that fight happen. They wanted to keep some kind of control.

"When they say, they might want [the fight] in December, who knows?"

Both Joshua and Fury are known for loving the finer things in life, such as jewellery, cars and clothes.