I’d loathed my legs… now they seem like miracles: She thought it was something that only happened to the elderly. Then at 50, Annabel inexplicably had a fall and couldn’t walk for weeks — changing her attitude to her body for ever

A few years ago, something happened to me that no doctor could diagnose or explain. ‘It’s just one of those things,’ said the neurologist, a few weeks after I’d been discharged from hospital. By then, I’d been thoroughly scanned and tested.

To rule out stroke, epilepsy and various brain conditions, I’d even spent several hours sleeping in a white laboratory with hundreds of electrodes stuck to my head — like a sort of digital Medusa.

I was seeing a neurologist after fracturing my skull in a fall. But neither he nor anyone else understood why I — a very healthy 50-year-old — had fallen in the first place. Falling was something that happened to my 92-year-old mother-in-law. Not to me.

Strictly speaking I had collapsed. Blacked-out. And, according to my neurologist, it’s more common than we think. 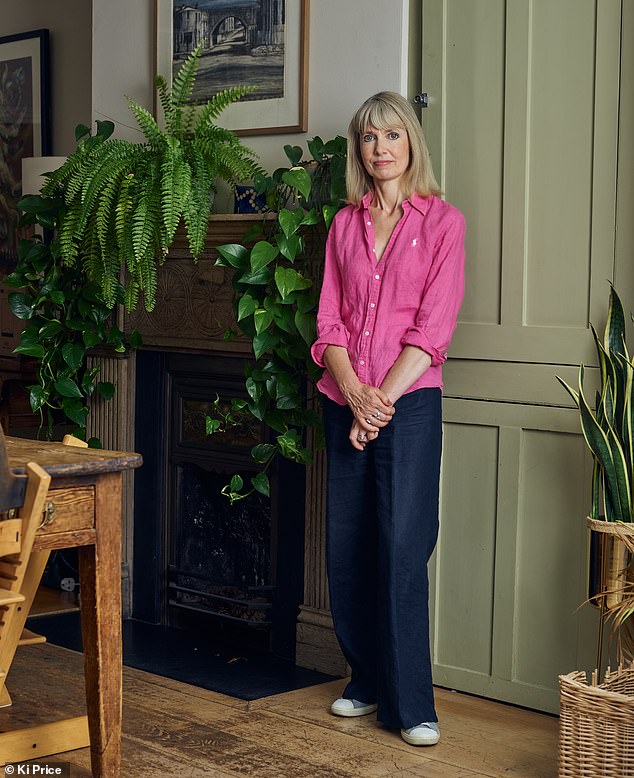 I can remember the events leading up to my collapse with startling clarity. I was on my way home from the London Book Fair, where I’d planned to have lunch with my German publisher. There were no lunch tables available, so we’d leant against a wall and sipped orange juice from cartons. In hindsight, skipping food was probably my first mistake.

My house was an hour’s stroll away so once my juice-lunch was over, I decided to walk home, undeterred by the heavy bag of books slung over my shoulder. Although it was March, the weather was unseasonably hot and I quickly realised that in black boots, black jeans and a black cashmere jumper, I was over-dressed for such a warm day.

I was halfway home — a little hot, tired and hungry — when my vision started to blur and pixelate. Realising that something wasn’t quite right, I jumped on the 74 bus, which took a route straight past my street. I thought that if I could just get home and sit down with a cup of tea I’d be OK.

Instead my wavering vision got worse. The view from the bus window became increasingly unrecognisable. Suddenly I didn’t know where I was. Nothing looked familiar.

A tiny part of my brain was still functioning — I could read the words on the bus display which told me this was the 74 bus on the Fulham Palace Road in West London. But another part of my brain had completely shut down — the part that locates and remembers landmarks.

Panicked, I stumbled off the bus. A dim frightened voice in my head urged me to look for street signs, to find words that would help me orientate myself. Astoundingly, I found, read and recognised the sign for my street.

But by this point I knew something was very, very wrong. I was moving like a drunk and the street I’d lived on for over 20 years was utterly alien. I began weaving in and out of front gardens, unable to find my own front door, unable to recall what colour it was or what the front garden looked like. 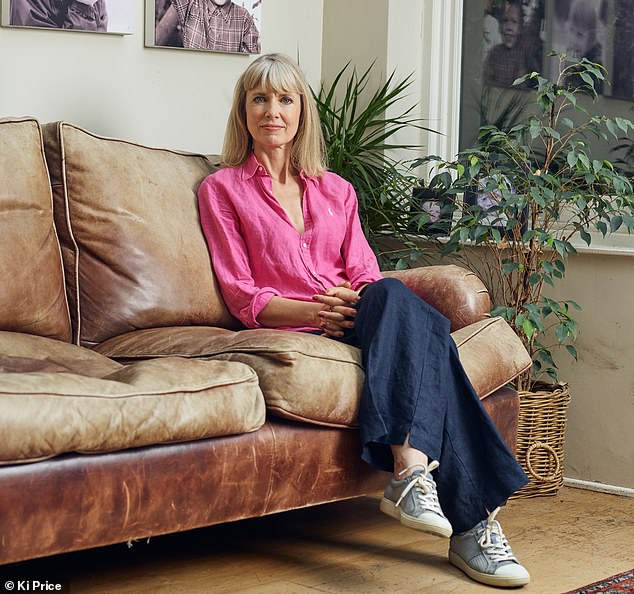 Annabel (pictured), who was placed in intensive care after her fall, couldn’t move herself for several weeks

I have no memory of what happened next. But when I came round I was in an ambulance with my neighbour who, being a dentist, had called 999 without a moment’s hesitation. My hair was sticky with blood and my mind was empty and confused.

For several days I was in intensive care, wired and dripped, and cared for by wonderful nurses.

I knew it (whatever ‘it’ might be) was serious because my husband Matthew and our four children kept appearing, looking very white and anxious. I could neither move nor speak. Later, my children told me it was the most frightening experience of their young lives.

My skull had cracked as I fell backwards onto the pavement just outside my house, where my neighbour had found me. Another neighbour said — some weeks later — that she’d heard the sound from her kitchen and assumed it was the supermarket delivery man dropping a stack of pallets. Comforting to know how strong a skull is, I thought.

I hadn’t broken any bones as I fell, and my skull would knit itself back together of its own accord. But the damage to my vestibular system (the sensory system that controls balance) meant I couldn’t move without great waves of giddiness and sickness. And so I stayed in hospital for eight days.

I was transferred from intensive care to a ward, where two women regaled me with their life stories. I couldn’t reply. I just lay there in a soup of dizzy fogginess. Even turning my head made me feel unbelievably seasick.

As the days passed, I watched those around me. I was mesmerised by how they moved. Whether they shuffled in slippers, hurried in trainers, clicked in heels or slid in sandals, I found it captivating.

As my brain slowly righted itself, my speech returned and I started to walk shakily. I realised that I’d spent the past decades taking my legs completely for granted.

I saw what a great privilege it was to walk. Why had I spent so much time sitting? Why had I overlooked the splendour and marvel of my own two legs? 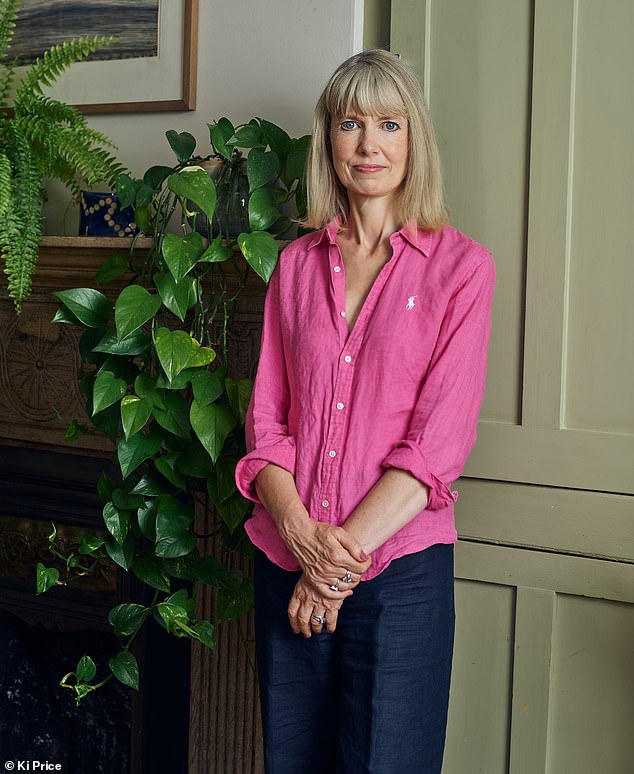 Annabel (pictured) said she became obsessed with being on foot, as soon as she could walk again and began to love her legs for the first time

For several weeks I couldn’t move by myself. Family and friends took me for small walks round the block so that I could lean on their arms. I still felt unstable and wobbly. But I also felt frightened. Why had I collapsed? Would it happen again?

The neurologist had no answers. I found more reassurance from two friends who said they’d both had identical, inexplicable experiences in their 20s.

Both had forfeited their driving licences for a year. Both had been fine ever since. The neurologist had one piece of advice for me: he told me that if I ever felt oddly dizzy I should sit down immediately, wherever I was. I promised I would.

As soon as I could walk again, I became obsessed with being on foot. I looked at my legs, which I’d loathed all my life. And, for the first time, I loved them.

I loved their sturdiness, the way they so cleverly bent at the knee and the ankle, the way they carried my whole body. It seemed to me that my legs were a couple of overlooked miracles, a powerful pair of pistons.

How had I taken them so much for granted? Why had I wasted hours of my life fretting over my misshapen ankles, the scattering of broken veins, my knobbly knees and squidgy thighs?

How on earth had I missed the genius of my legs’ construction? The strength of my ankles? The extraordinary complexity of all those bones, muscles and joints?

It was a revelation — and one I wanted to investigate.

I’d always walked: I grew up with parents who couldn’t drive. We lived in a remote Welsh valley with limited public transport. So walking was nothing new. 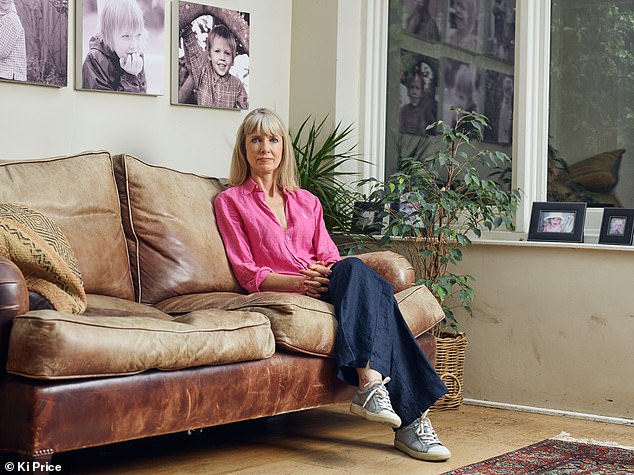 Annabel (pictured), who had never broken a bone, was horrified when a bone density scan revealed she has osteopenia

But in the intervening years — with a busy job, four children and never enough time — I’d walked less and less, disregarding my legs and their need to move. While I lay in hospital recovering, I made a few promises to myself: all family holidays from that day on were to be hiking vacations. I vowed never to drive if I could walk. I swore I’d swap evening TV for dusky strolls. And I decided that my next book would be about the simple power of walking.

I began researching female walkers of the past and to make it authentic I decided to walk some of their long-distance routes. It was an ambitious goal. But I knew that to fully understand the women I wanted to write about, I needed to experience the landscape as they did. On foot.

There was just one problem. I was fearful. Even as I plotted out their routes, I worried I might collapse again. Perhaps alone on a French towpath. Or alone up a Scottish mountain. And if that happened, maybe no one would find me. Or worse — perhaps I’d be found by the wrong sort of man.

Friends offered to come with me. But I knew I had to walk completely on my own — at least for some of the routes. I knew that if I didn’t confront my fears, I would be scared for the rest of my life.

My husband was scared, too — but encouraging and proud, even though he insisted I take walking poles for support (and self-defence). And, with an empty nest on the horizon, I wanted, more than ever before, to feel independent and fearless.

Being a mother, I’d worried for years: were the children eating properly? Doing their homework? Safe from traffic/predators/bullies? I didn’t want to feel worried and anxious any more. 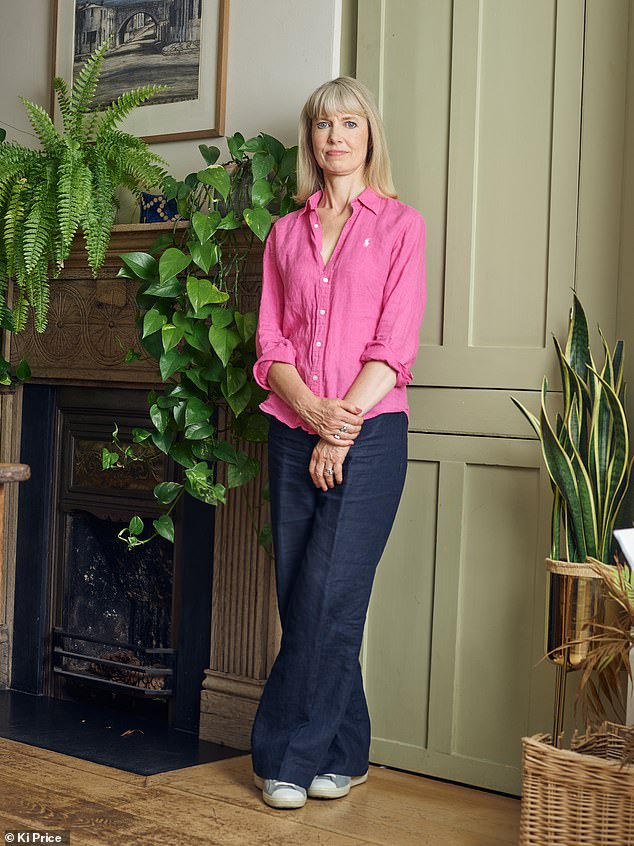 Annabel (pictured) decided to set off to walk 125 miles over six days, following the footsteps of Welsh painter Gwen John

About a year after my fall, I was in the midst of plotting my routes when an email arrived from my neurologist. He suggested I get a bone density scan (sometimes called a DEXA) just to check my bones were still in good shape.

Given my diet — plenty of greens, nuts and yoghurt — and history of walking, running and never having broken a bone, I confidently assumed my bones were perfect. But I dutifully followed his advice.

A few weeks later, my doctor showed me the results of my scan. To my horror, I had very early bone thinning — a condition called osteopenia. In a second, my fear of falling into a coma on a French river bank was erased, replaced by an infinitely greater fear — that if I didn’t make use of my legs now, it would be too late.

Because osteopenia is the precursor to osteoporosis. And if I developed osteoporosis, walking alone for miles and miles would be genuinely foolhardy. Even impossible.

Not only had my legs suddenly become my personal treasures, but I saw how fragile they were. They needed nurturing. They needed all the time and attention I could lavish on them. And that meant squats, lunges — and walking.

I bought the best hiking boots I could afford, packed a rucksack and set off to walk 125 miles over six days, following France’s River Garonne from Bordeaux to Toulouse. I was following the footsteps of Welsh painter Gwen John, who had walked — in 1903 — without special boots or blister-defying socks or a mobile phone, let alone sunscreen, aspirin and mosquito repellent.

Of course, I still felt anxious. But this time I was fuelled by the remarkable courage of the woman I was following.

Six years have passed since my collapse and I haven’t fallen since. But should my surroundings morph into an unrecognisable vision of blurring, drunken dots, I know what to do: I’ll sit down, breathe and wait it out. Wherever I am.

Windswept: Walking In The Footsteps Of Remarkable Women, by Annabel Abbs (£16.99, Two Roads), is out now.