Singer Adele brought her packed London gig to a halt on Friday several times to help fans in the crowd needing assistance.

The multi-Grammy Award winner returned to the stage in front of a live audience for her first concert in five years as she headlined London’s BST Hyde Park Festival.

The star was visibly overcome with emotion before she even made it through her first song, telling the 65,000-strong audience, “My God, I’m back at home.”

“It’s so strange to be in front of a crowd again. I get so nervous before each show but I love being up here,” the “Someone Like You” hitmaker added.

“It was an unforgettable night,” concertgoer Alana Sulway, 24, who hails from London, told The Post. “I lucked out getting a ticket in the first place, so it was unreal to see her [Adele] sing in front of a live audience after all this time.” 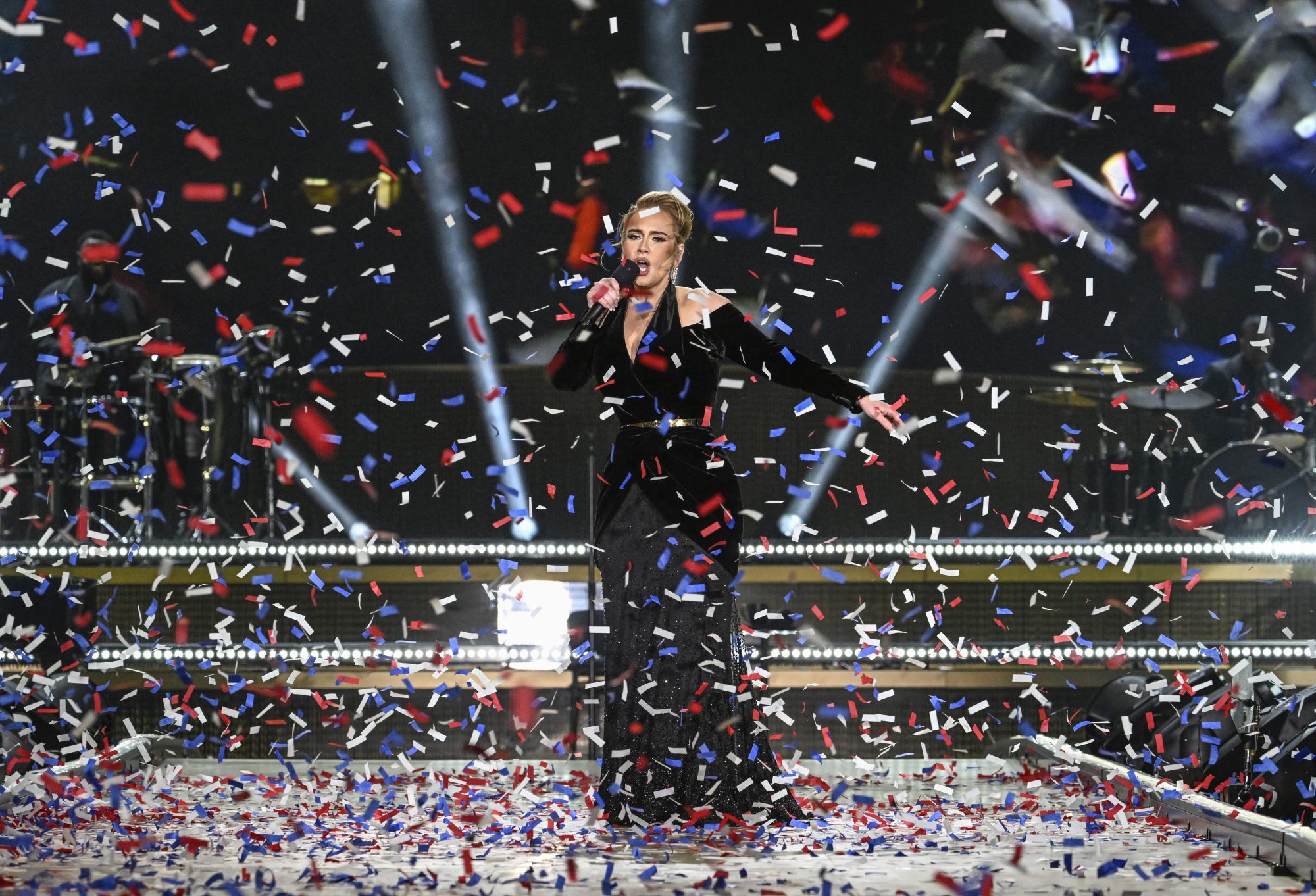 After finding out that some keen fans waited for the singer for over seven hours in the heat, the singer sent water out to those at the front of the loaded audience.

Throughout her two-hour-long set, the singer stopped her show four times to get help to several concertgoers who were left needing medical attention.

Sulway said the star “put the safety of her fans before anything else” during the two-hour set. 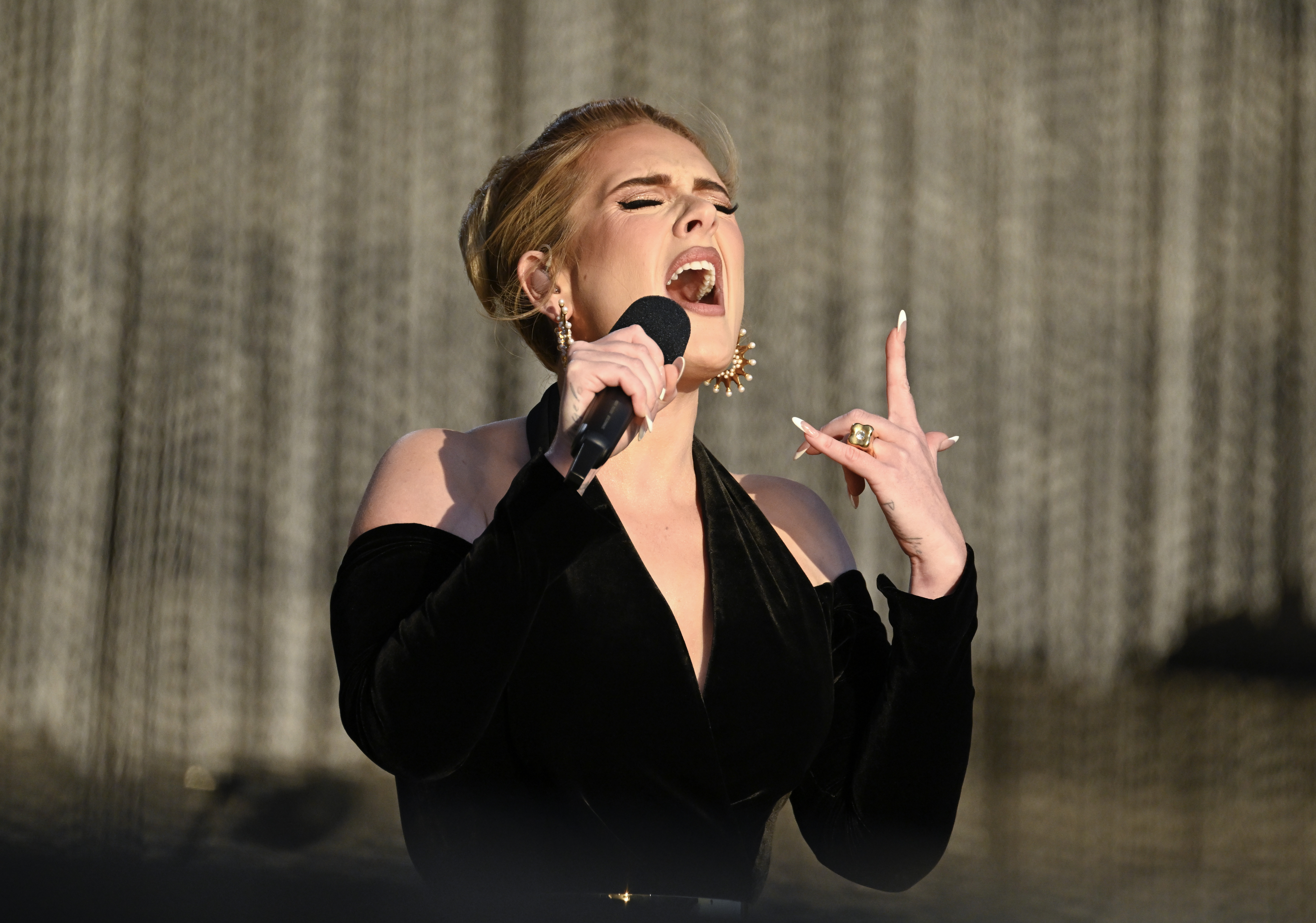 “Anytime the crowd waved her down she stopped singing and got her security to help. It’s not something you tend to see so often,” Sulway told The Post.

The singer donned an elegant black halter neck off-the-shoulder gown for the occasion, and revealed to the audience she was wearing black anti slip socks under the glamorous frock.

“I was told it was going to be slippery so wore these just in case,” the “Rolling In The Deep” singer told the audience as she showed them her socks. 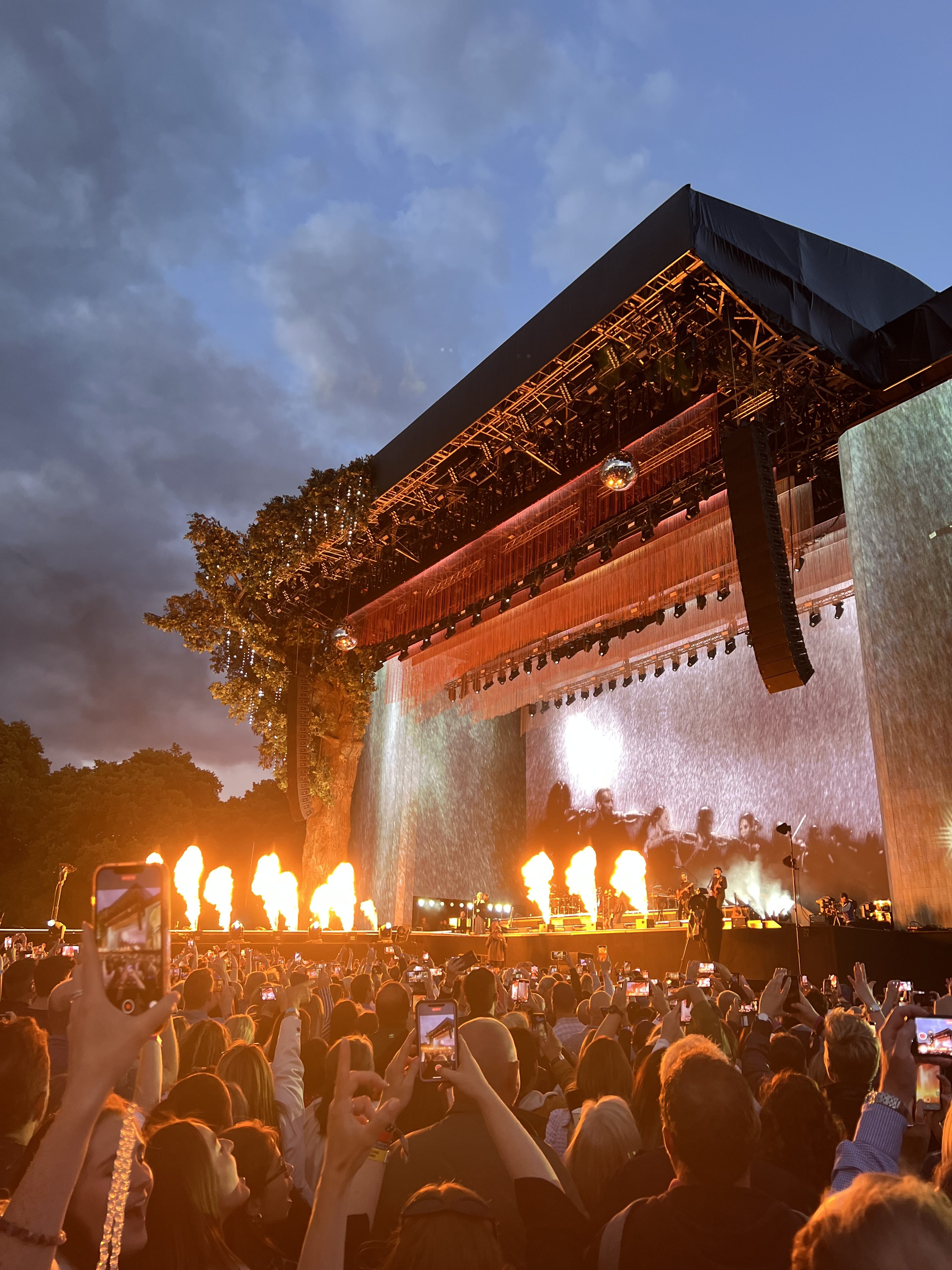 The star held back tears as she addressed the audience and told them she was “f–king s–ing herself” after performing her first song.

Adele sang some of her new hits, including “Easy On Me,” “Oh My God,” and “I Drink Wine,” and dedicated the rest of her 15 songs to her previous albums and most famous smash hits.

Before taking to the stage, Adele was supported by a star-studded all-female line-up, including Gabrielle, Tiana Major9, and country superstar Kacey Musgraves. 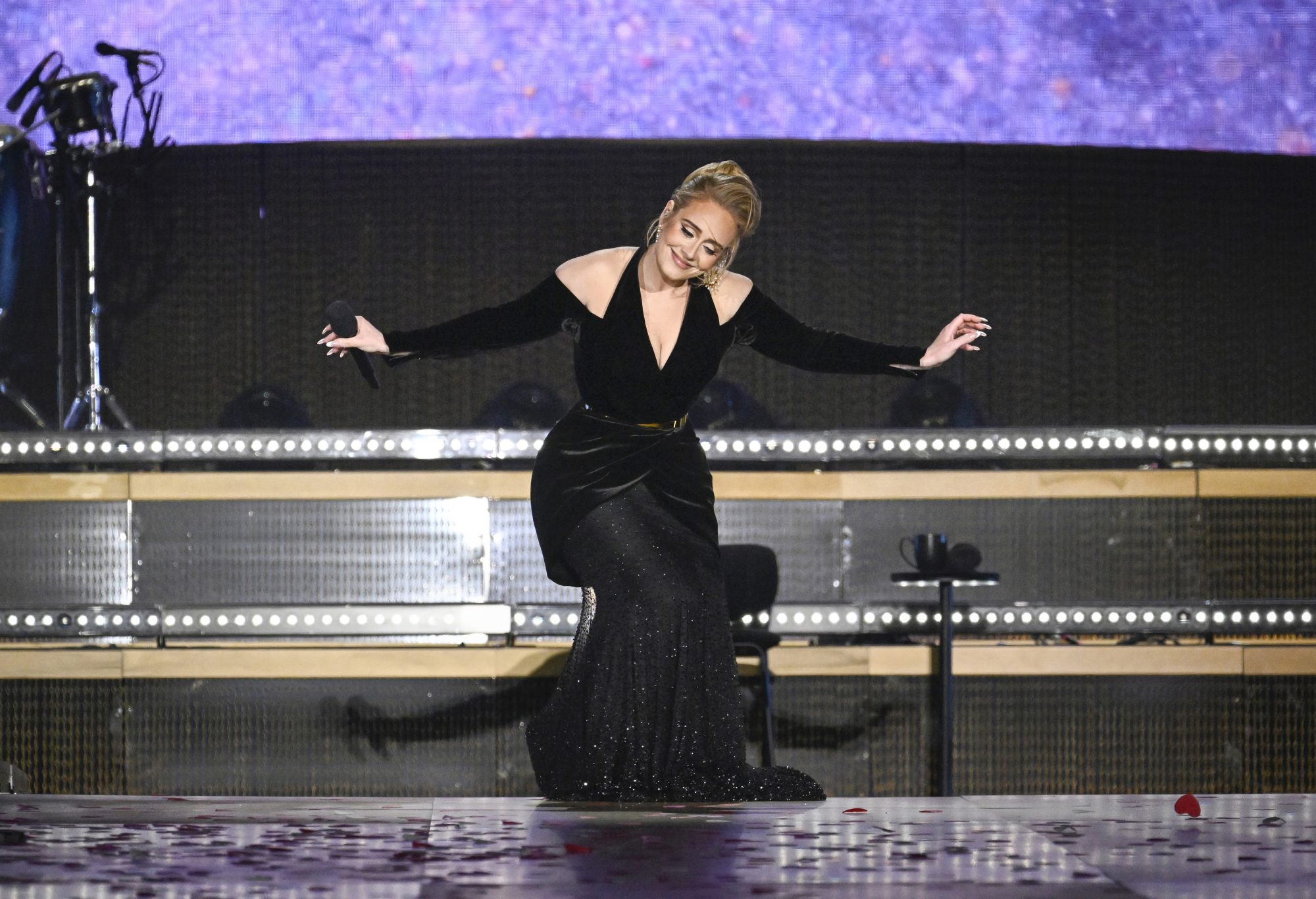 The performance marked the first public show Adele played since she headlined two concerts at London’s Wembley Stadium in 2017. She postponed her Las Vegas residency in January.

Adele is set to perform again on Saturday night to cap off her two-day stint at London’s BST Hyde Park Festival.