Education Minister Sue Ellery said the Delta variant of COVID-19 was having a huge impact on schools in New South Wales and Victoria where a mandate has been put in place.

“It’s being spread in schools, and young people have caught it and are being affected by it,” she said.

“So, mandating it in schools is under consideration, obviously we will act on the health advice, but you’ve got to look at what’s happening in other jurisdictions.” 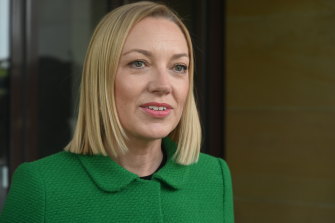 The Department of Education is one of the state’s biggest employers with 41,588 full time equivalent staff in 2020-21.

A mandate would mean a significant portion of WA’s public sector would need to have been vaccinated to come to work after mandates for WA Police and WA Health employees.

The WA government has also mandated the jab for truck drivers, port workers, and FIFO workers and on Monday WA Premier Mark McGowan said he was seeking legal advice for a mandate that would apply to Members of Parliament.

On Monday Liberal MP Nick Goiran, who is one of two MPs out of a total of 95 who have refused to reveal their vaccination status, said Mr McGowan’s comments were a cynical attempt to deflect from the crisis the health system was facing and any move to mandate the jab for parliamentarians would have to overcome significant legal hurdles.

“It’s just selfishness. It’s not all about him. It’s about the public of the state,” he said. 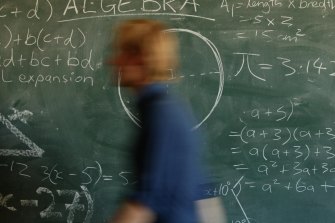 Teachers could be the next group of public servants who must get the jab to work.Credit:Simon Schluter

Mr McGowan said he had not received any health advice about MPs getting the jab but MPs mixed with vulnerable members of the population every day.

Opposition leader Mia Davies, who has been fully vaccinated, said with more than 95 per cent of MPs fully vaccinated there was strong evidence the group was already leading by example.

She said any decision to mandate vaccinations for specific cohorts should be accompanied by clear and transparent health and legal advice.

“It is our view there should be focus on the fact we’ve nearly all been vaxxed so are showing leadership, that any decision should be based on health and legal advice, and that the government should be focused on increasing rates with a range of strategies, rather than just ad hoc selection of groups to mandate,” she said.

The State School Teachers Union WA was contacted for comment.