Fans called out the rapper for appearing to promote his TV show and liquor brand in an Instagram about the late actor.

50 Cent came under fire after his posts regarding the death of actor Michael K. Williams were deemed insensitive.

The backlash began when the rapper took to Instagram on Monday to share the news of Williams death, but fans were quick to call out the post for seemingly promoting his TV show “Power Book III: Raising Kanan” and his liquor brands Branson Cognac and Le Chemin Duroi.

“Damn if you didn’t see Raising Kanan check it out that fentanyl is no joke, killing the clientele,” Jackson wrote alongside a screenshot announcing Williams’ death, which is being investigated as a possible drug overdose, per the NYPD.

He then misspelled the “Boardwalk Empire” vet’s name, writing, “R.I.P micheal k williams,” before adding hashtags at at-tags for the liquor brands — which he does for all of his posts.

In a second post, the “In Da Club” singer shared a screenshot of a Page Six article detailing his real-life feud with Williams alongside the caption, “Don’t ever try to understand me I’m different. I don’t do all the fake love shit.”

The Instagrams were deleted, but fans had already started calling him out on social media:

“50 Cent is honestly disgusting and disrespectful as hell for this post smh. So lame for this…..Sending my condolences to the family of Michael K. Williams,” one user shared.

Another wrote, “50 cent is so petty like wow….I’m not surprised but it just confirms that he has zero decency or rather no empathy for people. Idk if it’s because he got sh*t 9 times and lived to tell the story but he’s truly chaotic.”

Williams, who was best known for playing Omar Little on “The Wire,” was found was found dead in his Brooklyn home Sunday at the age of 54.

According to TMZ, a relative went to check on him after they hadn’t heard from him in a couple days. He was found in his living room, with drug paraphernalia nearby.

“It is with deep sorrow that the family announces the passing of Emmy nominated actor Michael Kenneth Williams. They ask for your privacy while grieving this insurmountable loss,” his rep told The Hollywood Reporter.

See how other stars reacted to his passing below: 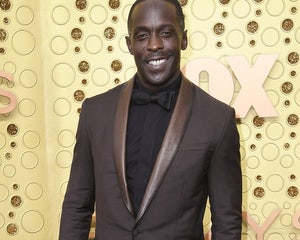