Kylie Jenner is making headlines, not for an Instagram bikini selfie or new lip kit release, but because she recently revealed that she is expecting baby number two with Travis Scott. (The couple famously shares daughter Stormi, 3.) And her half-brother Brandon Jenner has something to say about it.

Many fans had suspected Kylie was pregnant — multiple sources relayed the news to People — before she confirmed it herself. Shortly after rumors began swirling, the Kylie Cosmetics founder posted a 90-second Instagram video announcing the pregnancy. The video begins with the former “Keeping Up With the Kardashians” star holding a positive pregnancy test and the family of three visiting the OBGYN. Stormi is then shown handing Kris Jenner an envelope with ultrasound pictures, at which point the family matriarch breaks down in tears of joy. Later on in the clip, Stormi is seen listening to the baby’s heartbeat and looking closely at the ultrasound of her new sibling. The video ends with a glamorous shot of Kylie holding her baby bump and Stormi kissing it.

While the video shows the whole Kardashian-Jenner clan celebrating Kylie’s 24th birthday, and, we assume, her pregnancy news, it appears as though at least one family member was left out of the big reveal — and made it known.

How did Brandon Jenner find out his half-sister Kylie Jenner was pregnant? 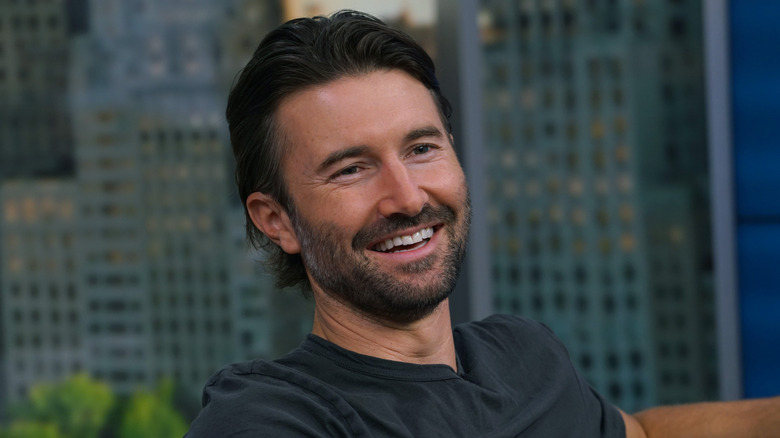 Kylie Jenner posted her Instagram video — which revealed that she was pregnant with her second child — on September 8. Fans had been suspicious for some time, many of them posting their theories on TikTok up to five weeks before the “Life of Kylie” star shared the minute-and-a-half video. And it appears as though some of her most loyal fans might have known about her pregnancy before her own brother.

Brandon Jenner, Kylie’s half-brother, commented on the Instagram video writing, “No way!!!!! Congratulations.” His comment made it sound like he was surprised and didn’t know this news was coming.

This isn’t the first time Kylie has kept her pregnancy a secret from one of her siblings. Brody Jenner had no idea his little sister was pregnant with Stormi. “Well, to be honest, I didn’t even know she was pregnant for the entire pregnancy,” the former “Hills” star told TMZ. “Now I found out and would love to see her.”