Home » Celebrities » We want to know what’s in The Wanted’s WhatsApp chat: 'We wouldn't have a job'

Welcome to Metro.co.uk‘s The Big Questions, where we ask, well, the big questions (and the smaller ones too) and this week, we’re diving deep with The Wanted’s Tom Parker, Max George, Siva Kaneswaran, Jay McGuinness and Nathan Sykes as they make one hell of a return to form.

With reunions a-plenty populating the music landscape at the moment, most recently with Abba’s monumental return, The Wanted – who found massive success with debut single All Time Low in 2010 – have added their name to the round-up of 2021 come-back-togethers.

Clearly not content with putting their feet up in some tropical time-share and living off the royalties for international hit Glad You Came, the lads got back on the stage in an emotional reunion for Tom’s Inside My Head, raising money for Stand Up To Cancer, after the singer was diagnosed with a brain tumour in 2020.

Today we ask them the doozies, from how Tom’s gig got them back together, the state of their WhatsApp group, and the wild rumours that have been published about them.

Oh, and if you’ve missed past instalments of the series, check out James Arthur and Matt Edmondson’s chats while you’re here.

You’re joining a bunch of groups coming together again, how does it feel to be releasing a new album after all this time?

Max: Do you know what, we might all feel different but compared to how we used to be, we used to work ourselves up so much, how’s the single gonna do, how’s the album gonna do, I feel like we’ve not really thought about it. 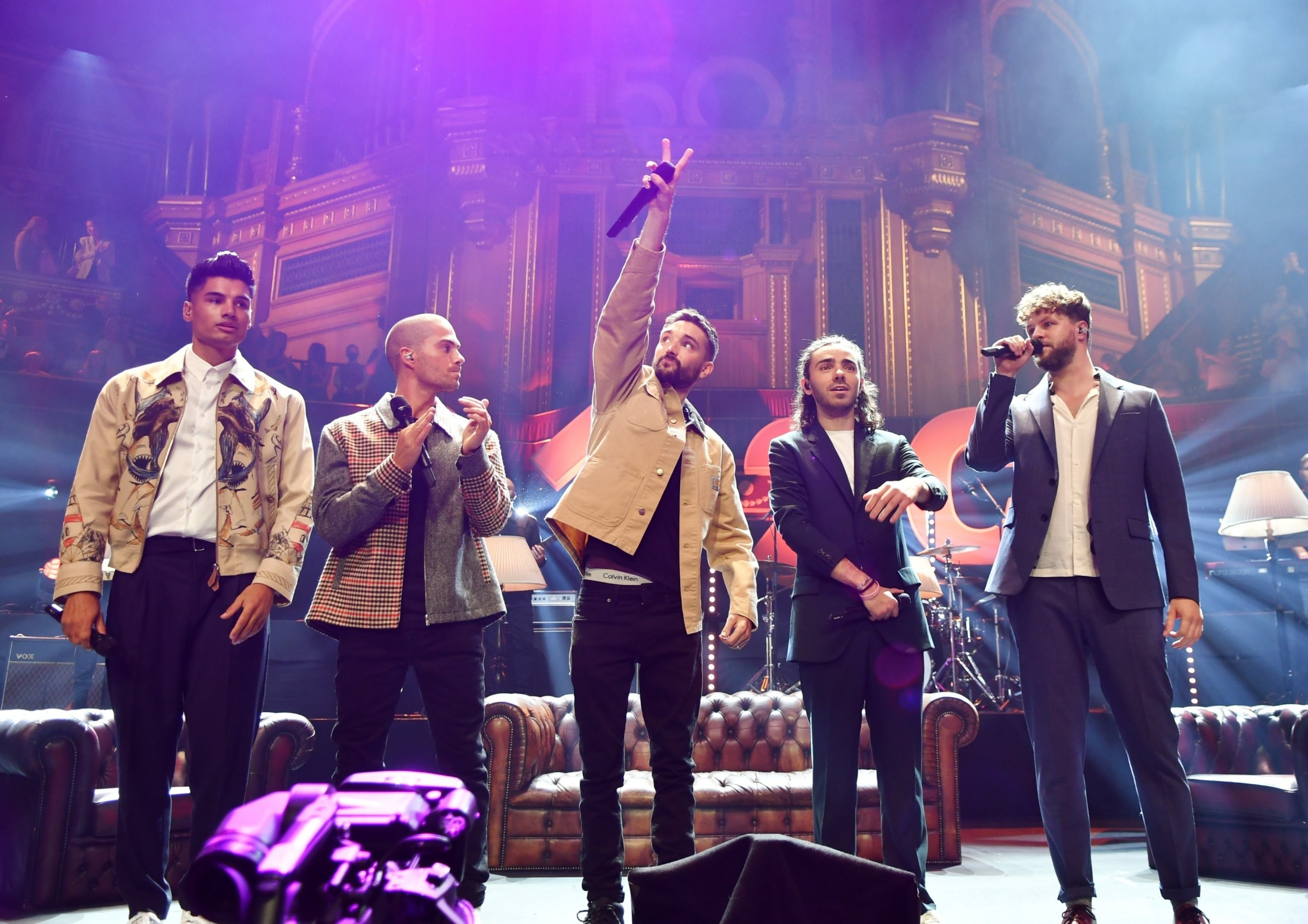 We’re here, doing a bit of rehearsal, you’ve just reminded me the album’s out. Now you’ve said it, really excited. Looking forward to people feeling that nostalgia from our old stuff, which has been remastered, we have some acoustic versions, two new songs. I think people are going to enjoy, it but we’re just buzzing we’ve got an album out in the shops. It’s so cool to be doing that again.

Your new album, Most Wanted – Greatest Hits, is out, you’ve released a new song, Rule The World, you’re heading on tour. Why have you all not just put your feet up and lived on the royalties?!

Tom: The record companies steal them all, that’s why.

Thieves, wolves, I call them. I see our team in the back going [he pulls an awkward face, as his bandmates descend into laughter].

Siva: We missed each other, we missed the music. Just felt like the right time to get back together.

He calls us up, [in Tom’s Bolton drawl] “boys, we’re putting on a show, Stand Up To Cancer…”

They all sing back in unison: You do!

Seeing you all joke with one another, and rib each other, it’s clear you’re all enjoying being back together again

How did the group WhatsApp fare during your hiatus?

Max: It was pretty quiet for a certain period of time, if something happened, Glad You Came did something massive on TikTok so we’d talk about that. If we did something big we’d put it on there.

It was really about two years ago when the ideas first came about we’d do this again it started to get ridiculous.

But it’s a pact – no one can see what’s on our Whatsapp. None of us would be in The Wanted anymore…and we wouldn’t get any other job.

Jay: I don’t know what it is about Whatsapp, people show their most…base instincts.

Tom: I’ll type whatever I want.

You went on hiatus in 2014. Does being in the band mean something different this time around?

Tom: I feel like everyone is appreciating everyone’s space and moments they need on their own. Everyone’s got opinions.  We’ve all grown into adults.

So what does this reunion mean for the future of The Wanted then?

Tom: Who knows? For us it was more of a short-term thing, we’ve all got our own individual interests and projects.

The boys were only supposed to be coming in to help me with the concert, but it’s developed into a larger thing, which is lovely. The intention was ever long term.

Siva: Now we’ve got an album…

Tom: Lovely how things have naturally developed, we don’t want to put too much pressure on it.

Max: As long as it keeps going like this, who knows. There is no solid structure to how long we want to do it for, as long we’re happy we’ll keep doing it.

That was part of the problem last time, we didn’t get that break, so it’s great we’re loving it and we can’t wait for the tour…

Have you noticed this time around there is a different conversation around mental health when in a band?

It’s a lot more open. It’s good because people take those conversations a lot more seriously, which gives you the freedom to be honest and people won’t burn out as easily, which is good for everyone.

Right, there have been some wild rumours about you in the headlines over the years, what is the one that still tickles you?

Tom, going through phone: Let’s have a look…

Max: Siv was linked with Rihanna…

Siva: I was linked with Rihanna, second week of the band, so what was nice. Then we did a song called Walks Like Rihanna…

Nathan: It was the precursor.

It’s been a while since you’ve all been on tour, let alone together. Where are we excited to head this time around?

Tom: Japan, I loved everything about it. You know where we didn’t get to go, China. It’s a massive market out there.

Max: We were lucky enough to go everywhere but a lot of it’s a blur, for various reasons. The main reason, across the board, we were in one country for a few hours for a gig, do another one, so it will be nice to go to places and take it in this time.

Nathan: We’re gonna see the sights…Leeds, Nottingham, Hull, city of culture 2019. We should do an open bus top tour.

The Wanted’s new album, Most Wanted – Greatest Hits is out now.