When Robert Pattinson flew from England to Los Angeles to audition for Twilight, he had no idea how much his life would change. Pattinson was simply looking for an opportunity to pay his bills and hone his craft post Harry Potter. However, portraying the immortal vampire, Edward Cullen, would make him a household name and change the course of his career.

The Twilight movies were nothing short of a global phenomenon. The five films earned billions of dollars at the box office and broke records. And while the Twilight mania has settled since the last film premiered, Pattinson is still extremely well-known for his iconic role. 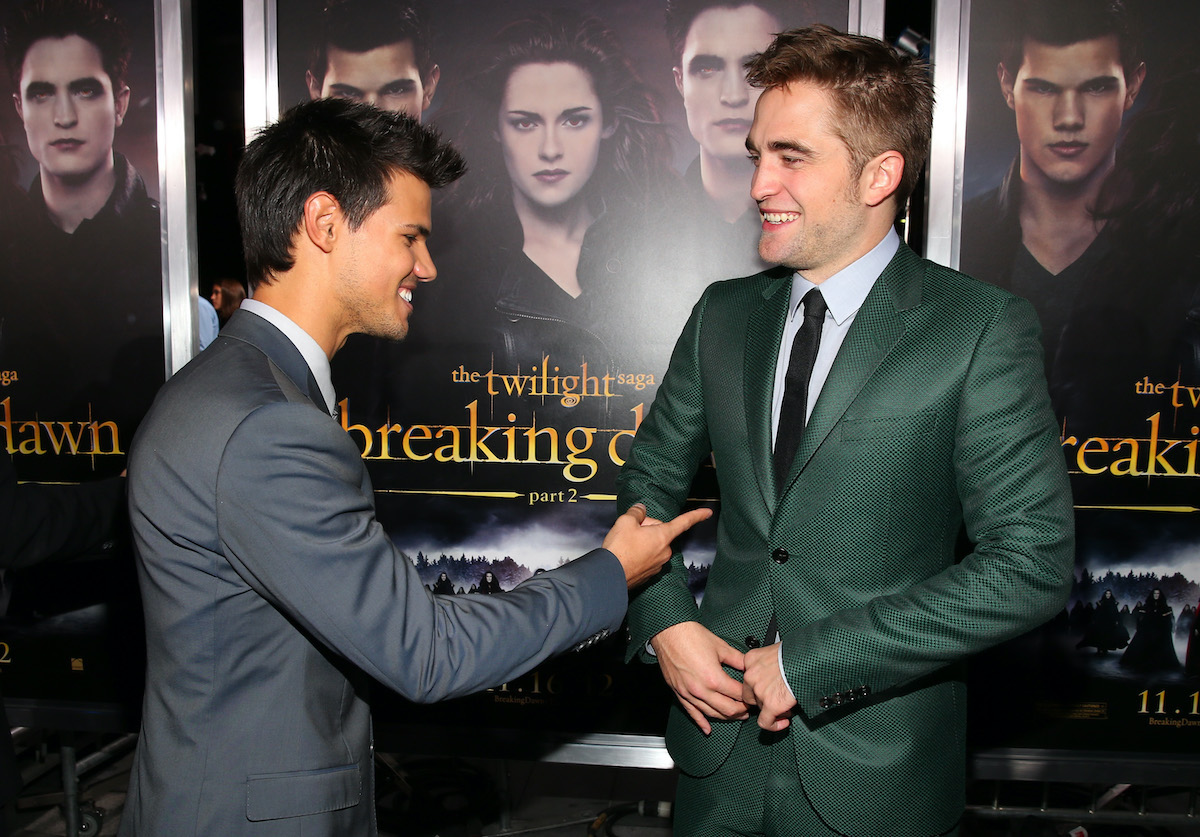 Pattison is known for his cheeky commentary about the Twilight movies. However, he took his part in the first film very seriously. The Batman actor went out of his way to ensure that the film was something more than a cheesy teen love story. Furthermore, he is responsible for Edward’s brooding and melancholy demeanor. In fact, the Harry Potter and the Goblet of Fire alum nearly got himself fired because he wouldn’t make his character have a sunnier disposition.

But while Edward is very serious, Pattinson is pretty much the opposite of his famous character. In fact, Stephenie Meyer, who wrote the Twilight books, revealed the actor is more like Jacob Black. Jake, of course, is Bella Swan’s best friend and has a much more carefree and playful personality than Edward.

In an interview with MTV, Meyer revealed what Pattinson is like in real life. “Rob is more like Jacob than Edward,” the Twilight author confessed. “He’s goofy, he’s funny, he doesn’t take much seriously. But he can turn Edward on like that.”

Pattinson certainly demonstrated his goofy side during the four years he spent filming the Twilight movies. While filming the first movie, he jokingly proposed to Kristen Stewart. But his fellow castmates weren’t the only ones who were at the receiving end of Pattinson’s jokes. The Lighthouse actor also had a penchant for trolling the media. In fact, he once started a fake rumor about the films hoping that it would spread.

In an interview with the Washington Post, Pattinson revealed that he intentionally tried to throw the media off by spreading false claims. The actor made up lies about scenes in the Twilight movies. “I was doing things like saying there were scat scenes in the first part of Breaking Dawn,” Pattinson admitted. Clearly, the actor has more of a mischievous spirit than his character. We’re sure that Twilight fans can understand why Meyer believed that he was more like Jacob than Edward.