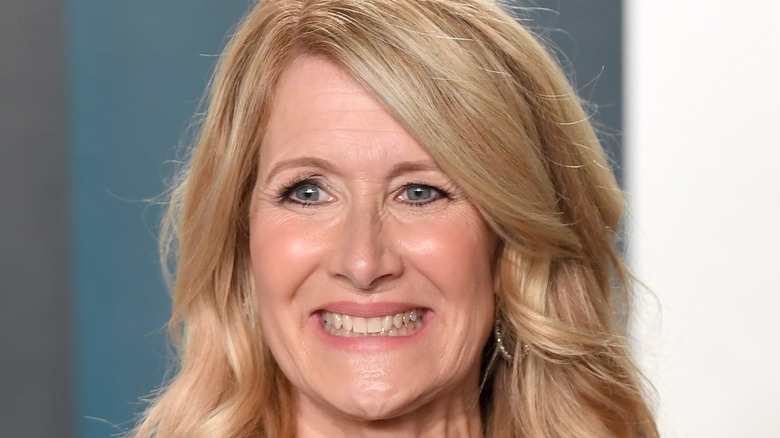 So, what’s Laura Dern’s “Marriage Story”? The actress, who earned a Best Supporting Actress Oscar for her role in the 2019 film, did so for playing divorce lawyer Nora Fanshaw, who is said to be based on real-life power attorney Laura Wasser (via Vulture). In fact, Wasser even handled Dern’s divorce from musician Ben Harper (via Town and Country).

Dern and Harper first met in 2000, when Dern attended one of Harper’s concerts (via Country Living). Five years later, the pair wed at their home in Los Angeles (via People). At the time of their wedding, the pair already shared their two children, daughter Jaya and son Ellery. In 2010, Harper served Dern with divorce papers, by which she was allegedly “blindsided” (via Boston Herald). Although the couple appeared to have mended fences in 2012 when they were seen out together in Beverly Hills, their divorce was ultimately finalized the next year (via Daily News).

Based on her comments around filming “Marriage Story”, it appears as though Dern has made peace with the end of her and Harper’s tale.

“As [director Noah Baumbach] first said about the story when we first talked about it, he said, ‘I want to tell a love story where endings are not failures.’ And that really moved me and struck me deeply,” she explained. “So to my amazing divorced parents, and my amazing step parents, and my amazing children—who came from love despite an ending in a marriage—we’re so privileged to redefine what family looks like.”

Dern's love life, before and after the divorce 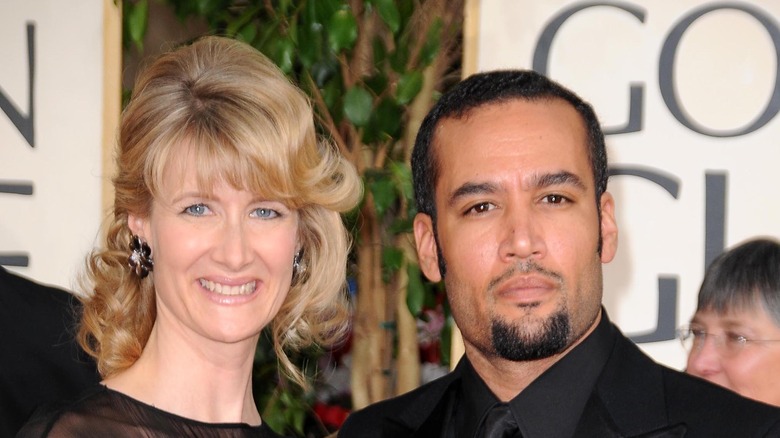 When Dern first got together with Harper in 2000, she was said to be still reeling from the end of her relationship with Billy Bob-Thornton, who, while Dern was away filming a movie, married actress Angelina Jolie (via People, InStyle).

“It’s like a sudden death. For no one has there been any closure or clarity,” Dern told Talk magazine in 2000.

Prior to dating Thornton, Dern was involved with “Jurassic Park” co-star Jeff Goldblum (via Refinery29). Dern has also dated fellow David Lynch favorite Kyle MacLachlan from 1985 to 1989 after co-starring together in “Blue Velvet” (via Insider). Dern has also been linked to Nicolas Cage and Common.

More recently, Dern set the internet on fire in 2017 when she was seen kissing NBA player Baron Davis — all while he held her purse for her (via Us Weekly). While it’s not clear how or when things cooled off between the two, one thing is for certain — based on this number from the 2020 Independent Spirit Awards, Dern doesn’t have to look far for men to worship her, even if these ones happen to be gay.