Maria Ciuffo and Francesca Mariano, aka the women behind the “Chicks in the Office” podcast, had a lot to say about who the next “Bachelor” is going to be. Fans are in for a big surprise, according to Ciuffo. “It’s not Greg,” she revealed on the September 13 episode. “It’s not anyone who you thought it was, it’s not Michael, not Andrew. It’s actually somebody from Michelle’s season. Boom! Someone we have not met yet, but apparently, allegedly, producers fell in love with this guy. They resonate with his story and they want to give him a second chance at love immediately,” she further explained.

Mariano echoed the excitement of Bachelor Nation, adding, “Yeah they’re not waiting. … I don’t know if ABC is gonna be confirming this anytime soon, but we have heard that production is supposed to start close to the end of the month.” She continued, “So, I mean, they’re gonna have to announce it at some point because we know that once production starts, pictures get out, things like that.” It’s clear that “Bachelor” fans have a lot to look forward to once cameras start rolling!

Michelle Young is looking for love on 'The Bachelorette' 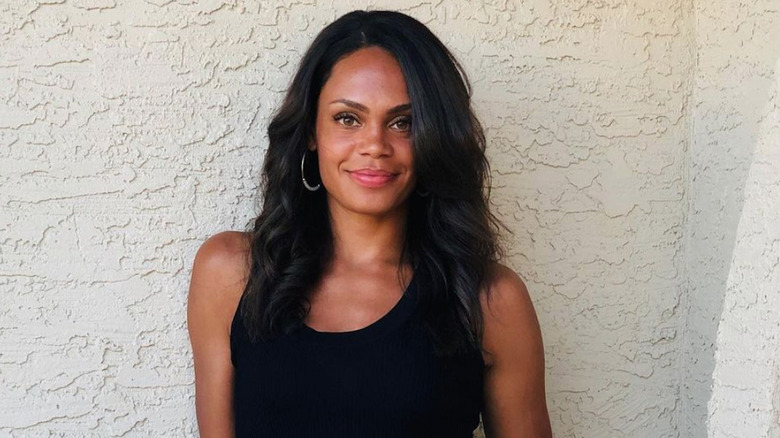 Michelle Young’s season of “The Bachelorette” is almost here. Her journey to love begins on October 19 on ABC, according to Us Weekly.

Michelle appeared on Matt James’ season of “The Bachelor” and ended her time on the show as the runner-up. Fans were surprised when she was sent home prior to the final rose ceremony, leaving Rachael Kirkconnell as the final pick for Matt.  Michelle vented her frustrations on “After the Final Rose” in March, saying, “I had to walk away without closure, and I had to fill in the gaps of what our relationship really was, and I wasn’t okay. I wasn’t okay at all.” She then slammed Matt for not being willing to have a final conversation with her for closure. “I asked you for a conversation, and it was not a conversation where I was trying to change your trajectory or trying to change your mind or fight for you. It was a conversation so that I could have my inner peace when I left Pennsylvania, and you said no,” she explained.

However, it seems that Michelle picked up her broken heart and is ready for a new chance at love. While she doesn’t post on social media much, she did share a photo of herself in July captioned, “Cheesin’ for a reason.” Could the reason behind her smile be a new man? Fans can find out when her season debuts in October.