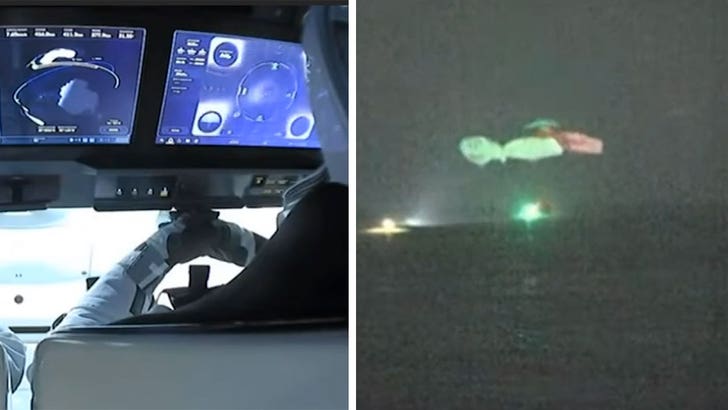 There was a spectacular site above the Gulf of Mexico early Sunday, when the SpaceX Dragon capsule careened and then floated into the sea with 4 astronauts on board.

The 4 astronauts — 3 from the U.S. and 1 from Japan — ended their 167-day mission … the longest ever for a crew capsule launching from the United States.

The Dragon capsule — named Resilience — had a welcoming party at the ready. Several ships were nearby to recover the capsule and the astronauts. It was a perfect landing, judging by how close the capsule touched down next to the ships. 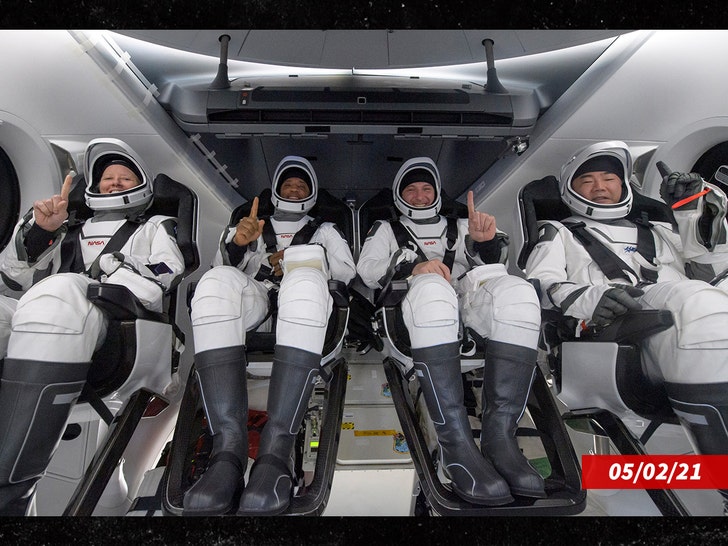 The seamen jumped into action and recovered the spaceship in a half an hour. Some people were so impressed with the speed, they likened it to a pit stop at a car race.

The folks at Mission Control were ecstatic … sending a message to astronauts … “We welcome you back to planet Earth and thanks for flying SpaceX. For those of you enrolled in our frequent flyer program, you’ve earned 68 million miles on this voyage.”

Spacecraft Commander Mike Hopkins was more than willing to accept the perk …“We’ll take those miles. Are they transferrable?”

Now the capsule is headed back to Cape Canaveral for some refurbishment. It will be the home of the first private SpaceX crew mission which is set for September.