Shaquille O’Neal is just trying to make people smile. The former NBA star was caught on camera helping pay for a young man’s engagement ring while shopping at Zales.

“So I was in Zales looking for some hoop earrings,” O’Neal, who has his own line at the jewelry store, told the panel on NBA on TNT. “I seen the guy come in, he was just so shy, he was saying, ‘Hey, how much do I owe to pay off my ring?'”

And that’s when the basketball player turned sports commentator stepped in. “I was like, ‘My man, how much is the ring?’ I’m not going to say the amount, but it’s not a lot for me.”

The young man was at first reluctant to take O’Neal up on his offer, but the former Laker insisted, saying it’s something he does all the time.

“At first, he didn’t want to take it. He was like, ‘Man, I can’t do that.’ I said, ‘Don’t worry about it. I do it all the time.’ I’m just trying to make people smile, that’s all,” O’Neal added. He also posed for a picture with the happy customer.

This act of kindness is nothing new for the sports star. O’Neal told his TNT castmates that he recently helped out a family while furniture shopping.

“This lady, she had an autistic daughter,” he said. “And she was also looking to pay for some furniture and I just took care of her. So, I’m into making people happy.”

“Whenever I leave the house, I just try to do a good deed,” he added.

"I'm just trying to make people smile… That's all."@SHAQ helped a young man out at a local jewelry store by paying for his engagement ring. pic.twitter.com/eK8n0YHGb7

Shaquille O'Neal Says He Was Emotional Hearing About Tiger Woods

Shaquille O'Neal on DJing at the Sports Illustrated Awards 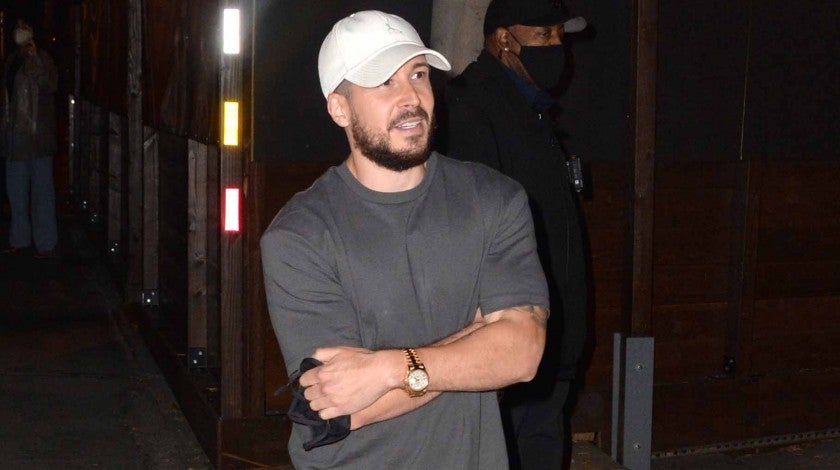