‘The Real Housewives of Orange County’ is back for its sixteenth season, and this time around, fans will see former housewife Heather Dubrow make a triumphant return.

Fancy Pants is back, baby! The trailer for Season 16 of The Real Housewives of Orange County is finally here, and in the nearly-three minute clip, former housewife Heather Dubrow reemerges in the most epic way, while newcomers Noella Bergener and Jennifer Armstrong shake things up.

After five seasons on the show, Heather, 52, initially exited the series in 2017, but now, she’s returning, following the much-needed departures of Kelly Dodd, Braunwyn Windham-Burke and Elizabeth Lyn Vargas. Along with Noella and Jennifer, Heather will be joined by returning cast members Shannon Beador, Gina Kirschenheiter and Emily Simpson.

But Heather’s return won’t be all fun and games. As the clip progresses, Heather tells Shannon that she adores Gina, but Shannon doesn’t seem to agree. And it’s later revealed that Shannon told Heather not to trust Gina or Emily. So when they discover that bit of information, all hell breaks loose.

“I thought we were friends, Shannon,” Emily says at one point, and later, Gina tells Shannon, “I feel bad for you.” 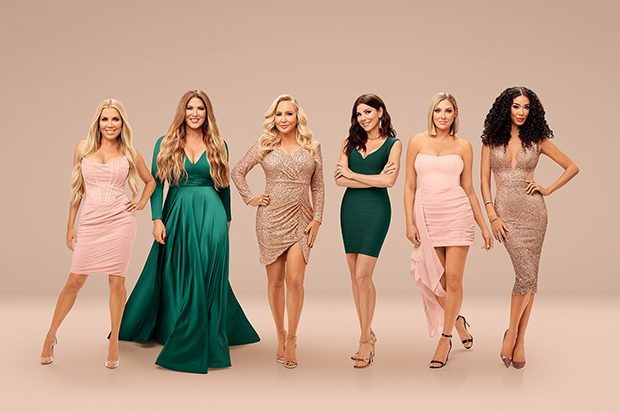 The newcomers will also stir things up — especially when Noella seemingly befriends Heather’s 17-year-old daughter Max, as Heather later accuses her of giving Max “pornography as a gift”. Yikes!

Want more? Season 16 of The Real Housewives of Orange County premieres on December 1 at 9pm ET on Bravo.