Food Network star Rachael Ray shared a new video of her rebuilt home one year after her husband John Cusimano lost what she said was “most of our adult lives” in a horrific fire. Ray gave fans a look at her rebuilt home, almost identical to the one that burned down in Lake Luzerne, New York, in a YouTube video posted on Sept. 13 and shared on The Rachael Ray Show. 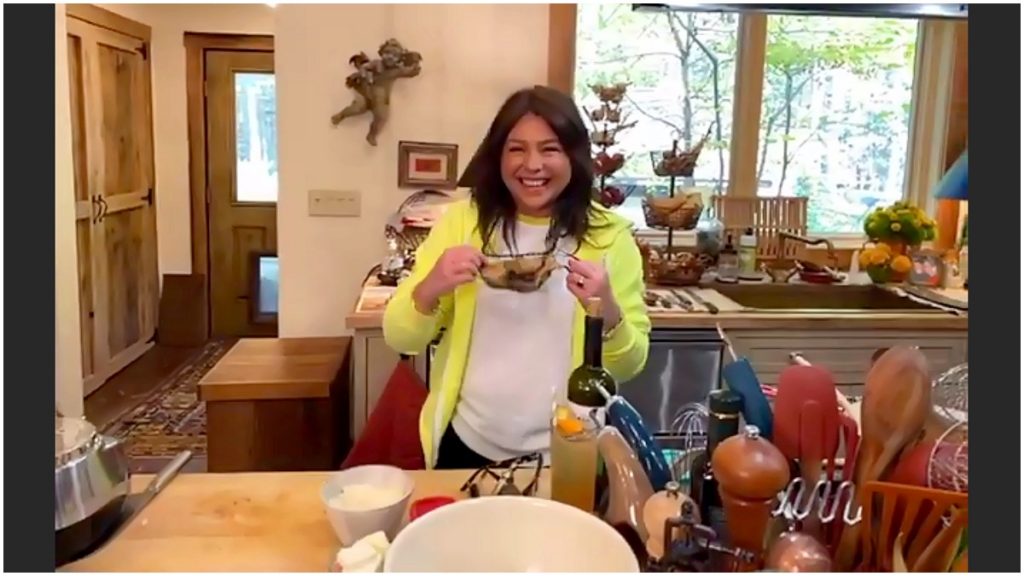 The celebrity chef, husband John Cusimano, and their dog, Bella Boo Blue, were all unharmed after a fire tore through their home. The cause of the blaze was due to creosote buildup in their chimney, which the couple cleaned twice a year. An ember from the buildup spat out of their chimney and began the fire, which decimated the residence.

In a new YouTube video, Ray likened the blaze to her house “burping.”

The couple had been living full-time since the coronavirus (COVID-19) pandemic began in March 2020. Rachael and John also maintained an apartment in New York City.

Ray shared a video of the rebuilt home on the season 16 premiere of the Rachael Ray Show.

“This is our house. It is really exciting to have a house rebuilt in a little over a year,” Ray said in the clip.

Taking viewers on a tour of the newly built structure, Ray revealed she tried her best to recreate the existing home that burned to the ground. In the clip she says all that remained of the abode was “a hole in the ground.”

Today. the home looks very much like its predecessor, with only a couple of tweaks. “We took out the skylights in the bottom guest room because no one liked them. It woke them up too early,” Ray laughed. Cusimano says that the new roof is now updated from wood to tin.

“It’s as close to the original as we could get,” Ray says. “A lot of this is just rebuilt things that look like a facsimile of what was here.”

In the three-minute video, Ray said it was “exciting” to have her home rebuilt just over one year after the horrific fire took the structure and all of the couple’s belongings with it, even though the couple lost everything they owned.

“It was August of 2020 when our house burned down. The fire caught onto the roof and burned for several days. When it was cleared away, it was literally just a hole in the ground—the basement foundation. Basically, John and I lost most of our adult lives. Everything we had for over 50 years. Our lives went away,” she stated.

The structure was seen pre, post-fire, and today

In the YouTube clip, Ray shared footage of the home before and after the fire, including the news show Inside Edition that featured a video of the raging inferno which engulfed the couple’s home.

“We are back to a fresh shell, very much the same,” Ray admitted to Cusimano in thier kitchen.

Ray said that in designing the interior of the structure, the couple used reclaimed old wood to give it the lived-in look of her previous home.

She said that over the past two years, “everybody has had to pivot and reorganize their lives, and that’s what we’re trying to do.”

Ray was hopeful that she would be able to share a completed house with viewers over the next few weeks before the show pivoted production from her home back to its New York City studio.

The Rachael Ray Show airs Monday through Friday in syndication.