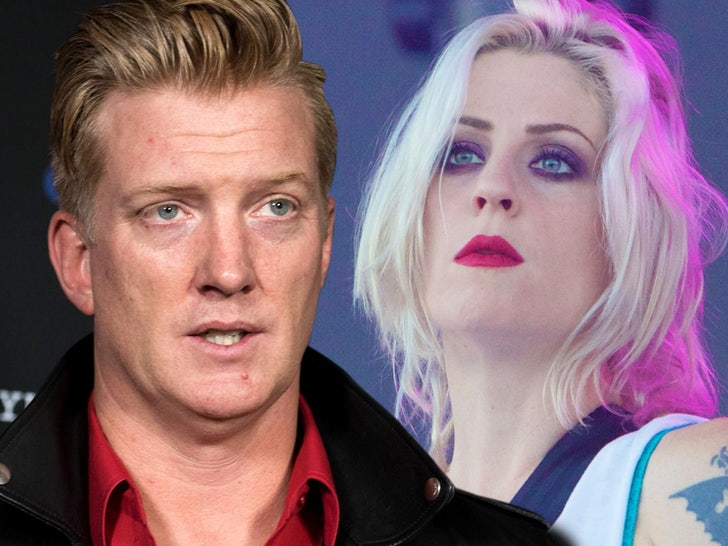 9:15 AM PT — We just obtained a stipulation Josh and Brody signed back in December, in which he agreed to complete a substance abuse program with aftercare. He agreed to participate in a 12-step program and to be subject to psychological testing and random drug-testing twice a week. He also has to use a Soberlink device 2 times a day for 6 months and give her the results. He also agreed to participate in a batterers’ intervention program.

Queens of the Stone Age front man Josh Homme is flipping the script on his estranged wife, whom he claims has been trying to get him busted for allegedly violating a restraining order.

In one case, he says he took their teenage daughter to a horse riding lesson in February, but an hour before it ended … he claims Brody parked next to his car and started recording video on her phone. Josh says he then got a threatening message from her attorney saying they were gonna call cops if he didn’t leave immediately.

Josh says he’s afraid those kinds of phony allegations are going to get him arrested. In the docs, he also alleges during their marriage she punched him in the face at least 7 times and threw an iron, and even bragged to friends and relatives about it.

Josh says he has not lived with Brody for nearly 6 months but claims she continues to monitor his phone and credit card usage to keep track of his movements.

The judge gave Josh the restraining order … so now Brody has to stay at least 100 yards away from him — at least until they have a court hearing later this month.

As we first reported … Brody filed for legal separation back in November and a month later, divorce. She got the restraining order against him in December claiming he showed up to her house drunk and head-butted her.