Home » Celebrities » Pride 2021: 7 LGBTQ-Themed Collaborations We Can Actually Get Behind

Covid-19 may have cancelled parades and parties in 2020, but Pride Month, as a summer-long celebration of diversity, acceptance and love, will continue on this year—though not without controversy. Within the past few years, several brands have launched “Pride-themed” collaborations and merchandise. But how relevant is Pride merch in a year that found us all struggling to celebrate?

Brands working with the LGBTQ community isn’t new: H&M has been a longtime collaborator with LGBTQ actors and activists, and their “Beyond the rainbow” initiative will donate funds to the UN Free & Equal campaign, a global fight for equality led by United Nations Human Rights. Still, some LGBTQ leaders have accused brands of pushing “pinkwashed” products—essentially using Pride as a marketing tool and profiting off the community without giving anything back. This is especially unsavory after a year that hit the community especially hard, financially-speaking.

How to Watch the Floyd Mayweather vs. Logan Paul Fight Online

100 Best Sitcoms of All Time

In previous years, we’ve seen the release of everything from sneakers to that infamous mouthwash with Pride-themed packaging and, well, not much else. Is a recognizable color palette enough to convince the LGBTQ community — and everyone else for that matter — to open up their wallets to shop after a long year of the pandemic?

According to YouGov, a quarter of Americans say that they’re more likely to shop from LGBTQ-friendly brands, and over 80% are likely to try new products from brands who actively support LGBTQ communities as opposed to ones that don’t. Authenticity is clearly key here, and despite the financial hit that retail has taken in the past year, we’re seeing more and more brands put their money where their mouth is, choosing to donate to worthy causes. 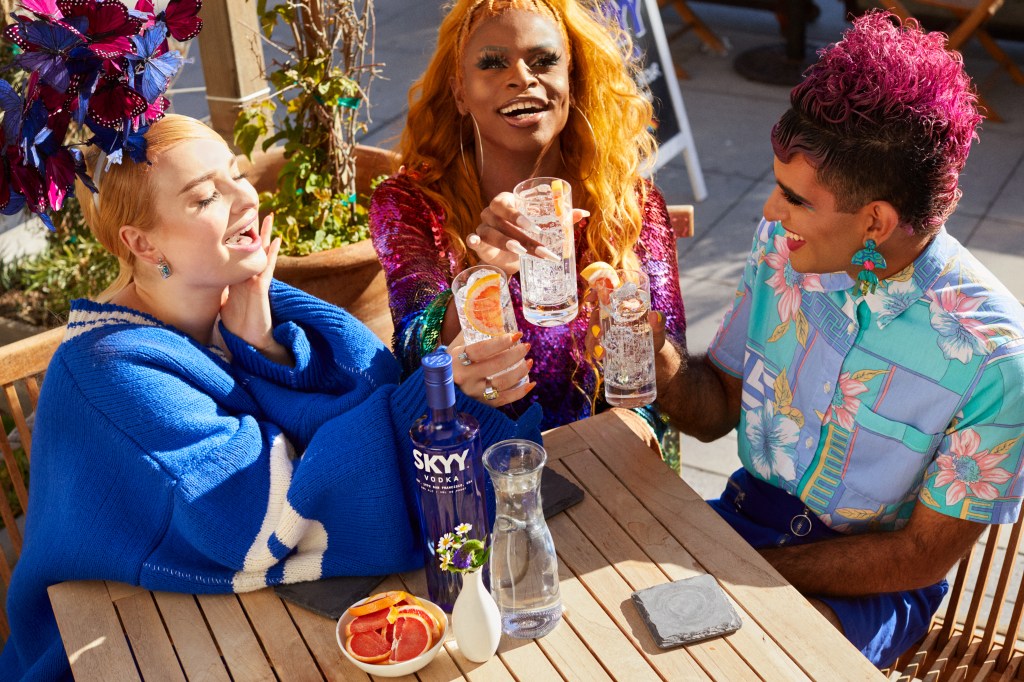 We’ve rounded up eight collaborations to shop for Pride Month, from brands that are using their platform for good. Each of these collections either partner with LGBTQ actors and artists, give back to charity, or have a portion of proceeds go to support a number of prominent and worthwhile causes.

Lil Nas X teamed up with UGG and the Pacific Pride Foundation for their #UGGPride Campaign this year, appearing as one of the featured hosts of this year’s Pacific Pride “PROUD Prom,” a virtual event with local LGBTQ+ and allied youth from Santa Barbara and the coastal communities of California.

Along with the ‘PROUD Prom’ (which was sponsored by UGG), the company is also releasing a limited-edition collection of all-gender footwear and apparel in Pride-inspired colors, such as the cozy, rainbow-patterned Disco Stripes Slide (see below). The rapper says it was only recently that he fell in love with the art of fashion, and teaming up with UGG was the natural progression of both his career, and his identity. Having previously spoken about the struggles of coming out in the music industry, being an ambassador for Pride with this campaign now feels “pretty great” he told Rolling Stone. 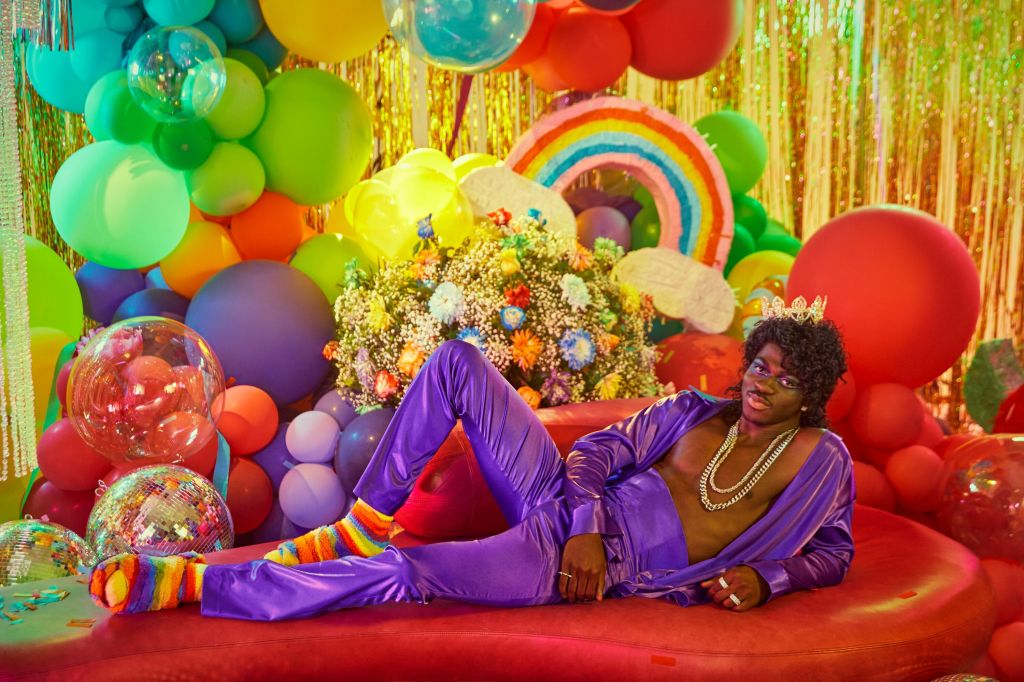 For each pair of Disco Stripe slides sold, the brand will donate $25 to GLAAD, up to a maximum guaranteed donation of $125,000. 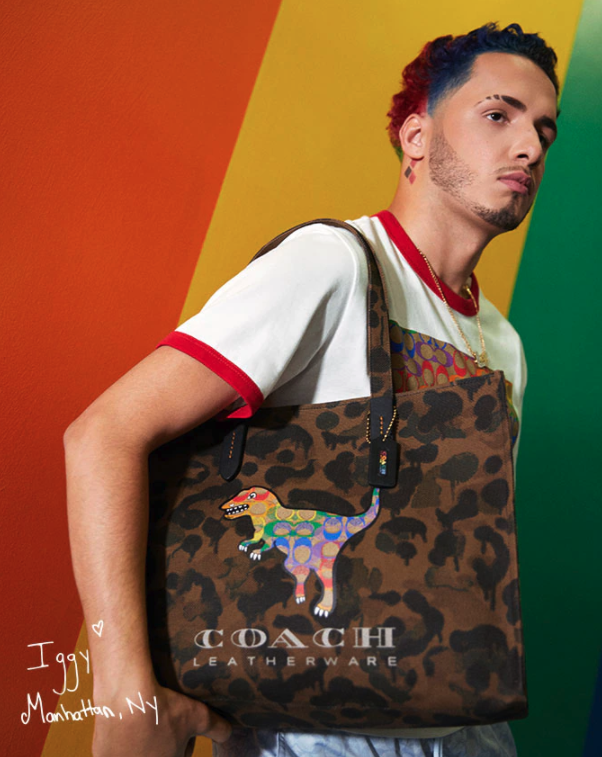 Coach isn’t just slapping a rainbow on some luxury purses: The fashion brand has long been an outspoken supporter of LGBTQ causes, releasing annual Pride collections, partnering with nonprofits and donating to community funds around the world through the Coach Foundation.

This year, the Coach Foundation will make donations to the brand’s longstanding LGBTQ partners, including the Albert Kennedy Trust, Point Foundation and CenterLink to support their work connecting young LGBTQ folks with supportive communities. The collection includes Coach’s iconic canvas bags, sneakers, and slides remixing their with classic logo with pride flag-inspired colors. Prices range for $55 for a hangtag to $495 for a quilted duffle bag.

Coach has also launched a “Dream it Real” section on their site, having worked with Dream It Real nonprofit partner the Hetrick-Martin Institute on a film about how several young people find Pride in their daily lives. See the stories here. 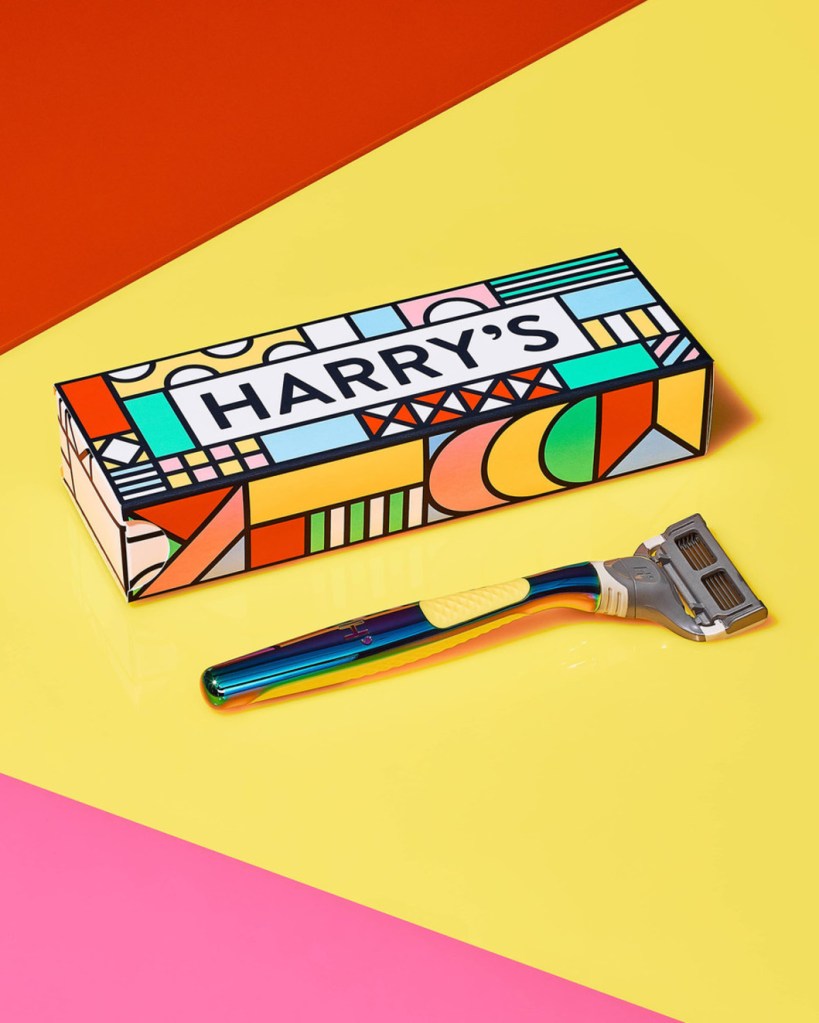 The popular men’s grooming company, Harry’s, has brought back their popular “Shave With Pride” set this year, which includes a bold razor customized with a unique iridescent handle. The set also includes three blade cartridges, a travel blade cover, and a bottle of Harry’s foaming shave gel.

The limited-edition set comes in an art-inspired box, this year designed by artist Zipeng Zhu. As with every year, Harry’s says 100% of profits from the sale of this set will go to The Trevor Project, which will help the nonprofit group serve more than 80,000 LGBTQ youth in crisis this year.

Buy:Harry's Shave With Pride Set at$25 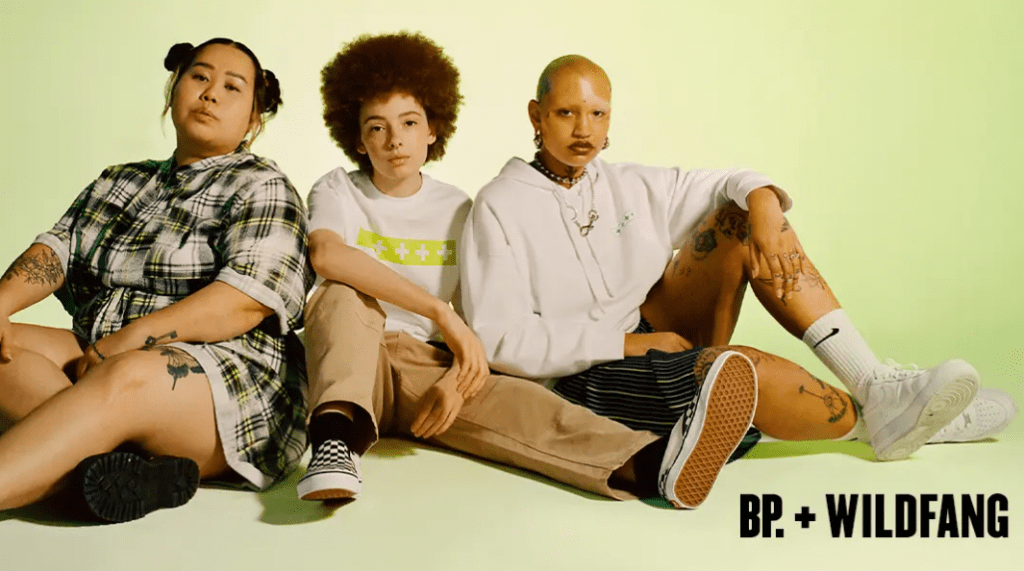 Besides Nordstrom taking the lead with their “Be Proud by BP.” line, this year, they’ve collaborated with queer-owned fashion brand Wildfang to release a collection of gender-neutral clothing aiming to dismantle gender and societal norms in fashion. The collection includes shirts, jackets, rompers, shorts and accessories. All styles in the collection are available in expanded sizing — sizes XS-4X — making this a truly inclusive offering.

Nordstrom says they will give 10% of Be Proud by BP. net sales to the nonprofit Trans Lifeline. They will also provide a grant to Trans Lifeline x FOLX Hormone Replacement Therapy (HRT) Care Fund to support transgender, nonbinary and gender nonconforming individuals in honor of Pride Month. Pieces in the BP. x Wildfang collection start at $7. 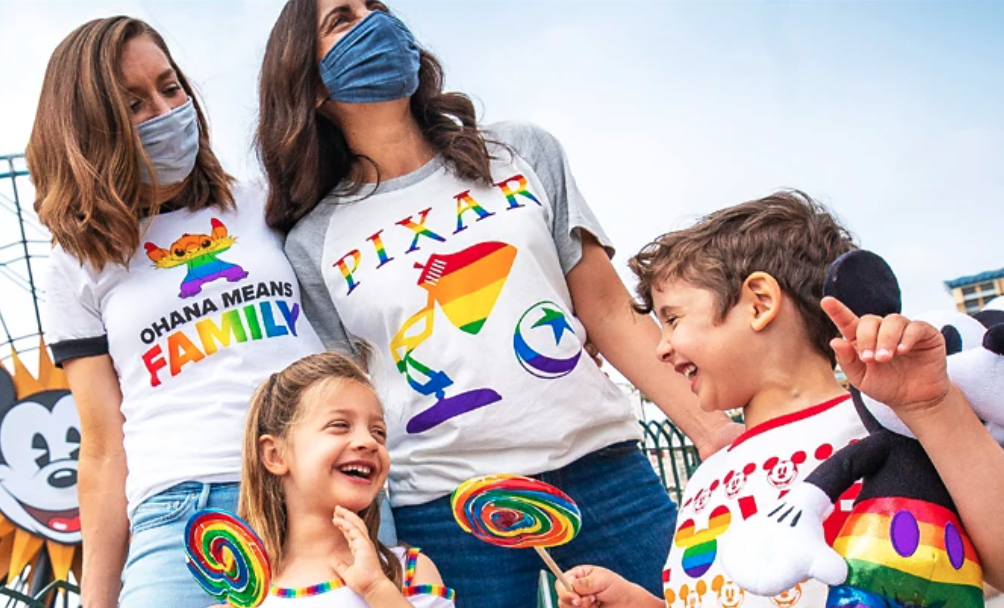 This is one of the first years that shopDisney has had an extensive Pride collection, but we can see that they’ve stepped up their offerings. There’s colorful rainbow-colored and pride flag-inspired shirts, face masks, mini backpacks, and even a pair of iconic mouse ears decked in rainbow if you decide to visit one of the Disney parks this June. A couple pieces even cross franchises too, with some eye-catching Pride merch for Marvel and Star Wars fans now available.

In recognition of Pride Month, The Walt Disney Company is also donating funds to organizations that support LGBTQ+ communities, including GLSEN and It Gets Better Project, as well as nonprofits from around the world like ARELAS and Nijiiro Diversity. Prices in their Pride collection start at $7, and include collectible pins and other mouse-themed accessories. 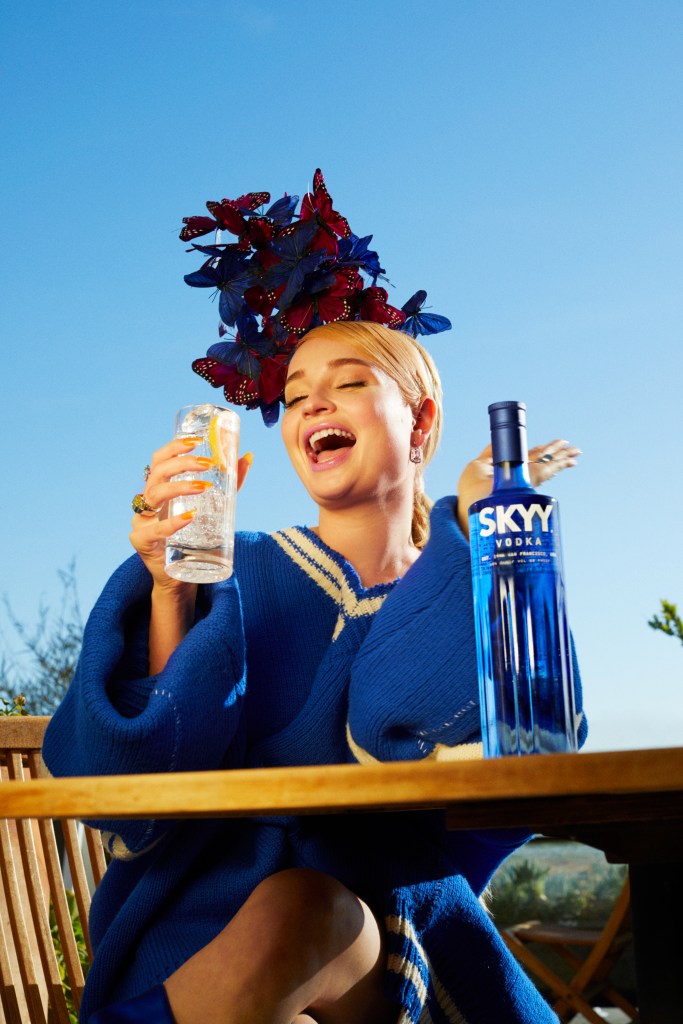 With various campaigns and partnerships leading back all the way to its founding in 1992, SKYY Vodka has shown that they’re willing to go above and beyond corporate allyship. Their Coming Out (Again) campaign this year features three voices at the forefront of the LGBTQ+ movement: popstar Kim Petras, RuPaul’s Drag Race Season 13 Winner Symone, and writer and performance artist Alok Vaid-Menon.

As the country slowly emerges from lockdown, this campaign calls for support of the LGBTQ+ hospitality industry, including venues and performers hit hard by Covid-19. “Pride is more than a parade or a party. It’s the stories of acceptance, chosen family, a celebration of individuality, a fight for equality, and so much more,” says Symone in a release. “Nightlife has long been at the core of the LGBTQ+ community, be it a place to freely express yourself or a means to financially support yourself. Now is the time to step up and help these venues, and the people who work and perform in them, get back on their feet.”

SKYY has also partnered with NYC Pride to launch the SKYY Nightlife Fund, under the NYC Pride Gives Back program. SKYY will make a starting donation of $25,000, dedicated to LGBTQ+ nightlife workers and performers facing financial hardship due to the pandemic. So pick up some vodka and come out (safely) to support the community when you can. 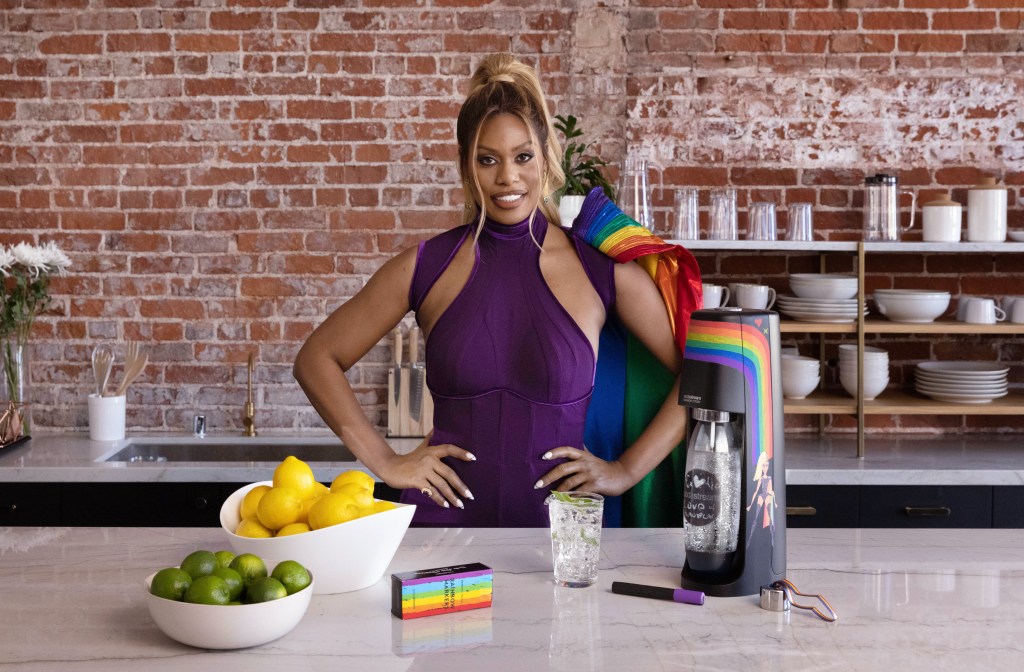 If you’re looking for some non-alcoholic bubbly to celebrate the festivities this June, SodaStream has tapped actress and activist Laverne Cox to front their “Rainbow Story” campaign for Pride. The campaign includes an animated film of the same title, which portrays Cox as a superhero, taking viewers through key moments in her life – closing with a message encouraging people to proudly share their own rainbow story.

Sodastream says that a portion of proceeds will be donated to ILGA World, a global LGBTQ NGO.