I wasn’t sure what to expect when I invited Nick Viall to Elite Daily’s office for an interview about all things dating and The Bachelor. The reality star has chased love on TV four times and now hosts a popular podcast about dating called The Viall Files. He also Instagrams selfies from his car with captions like, "Just want an errand buddy to get lost in Ikea with." (Same.) I imagined I’d hear Nick Viall’s theories on Peter Weber, Madison Prewett, and Hannah Ann Sluss (and I did — more on that below). Maybe he’d offer dating advice, too. But I didn’t anticipate that he’d get so honest about his current relationship status, or that he’d speak so plainly about how hard and confusing dating can be.

Reality stars might seem down to talk about anything on TV, but in real life, when reporters are recording their every word, they often clam up or only get chatty when it’s about the product they’re promoting. Viall did give vague answers to one or two of my questions, though he was more than happy to discuss his partnership with ORBIT gum for its sweepstakes. But overwhelmingly, our conversation left me feeling the way I do after a heart-to-heart with friends — with the knowledge that dating can feel impossible sometimes, but at least we aren’t alone in our struggles. Even the Bachelor thinks it’s tough.

“I think it’s OK to admit that dating is hard and not get discouraged,” Viall tells Elite Daily. “It’s one of those things where they say it only takes one, but that might take 100 shots. And that doesn’t mean you’re bad at dating. It just means you have to be patient.” He knows what he’s talking about. He nearly proposed to Amanda Stanton, Kaitlyn Bristowe, and Jen Saviano on The Bachelorette and Bachelor in Paradise before his short-lived engagement to Vanessa Grimaldi from his season of The Bachelor. He also briefly dated January Jones and was rumored to date Rachel Bilson. (Elite Daily previously reached out to reps for Viall and Bilson for comment and did not hear back.) 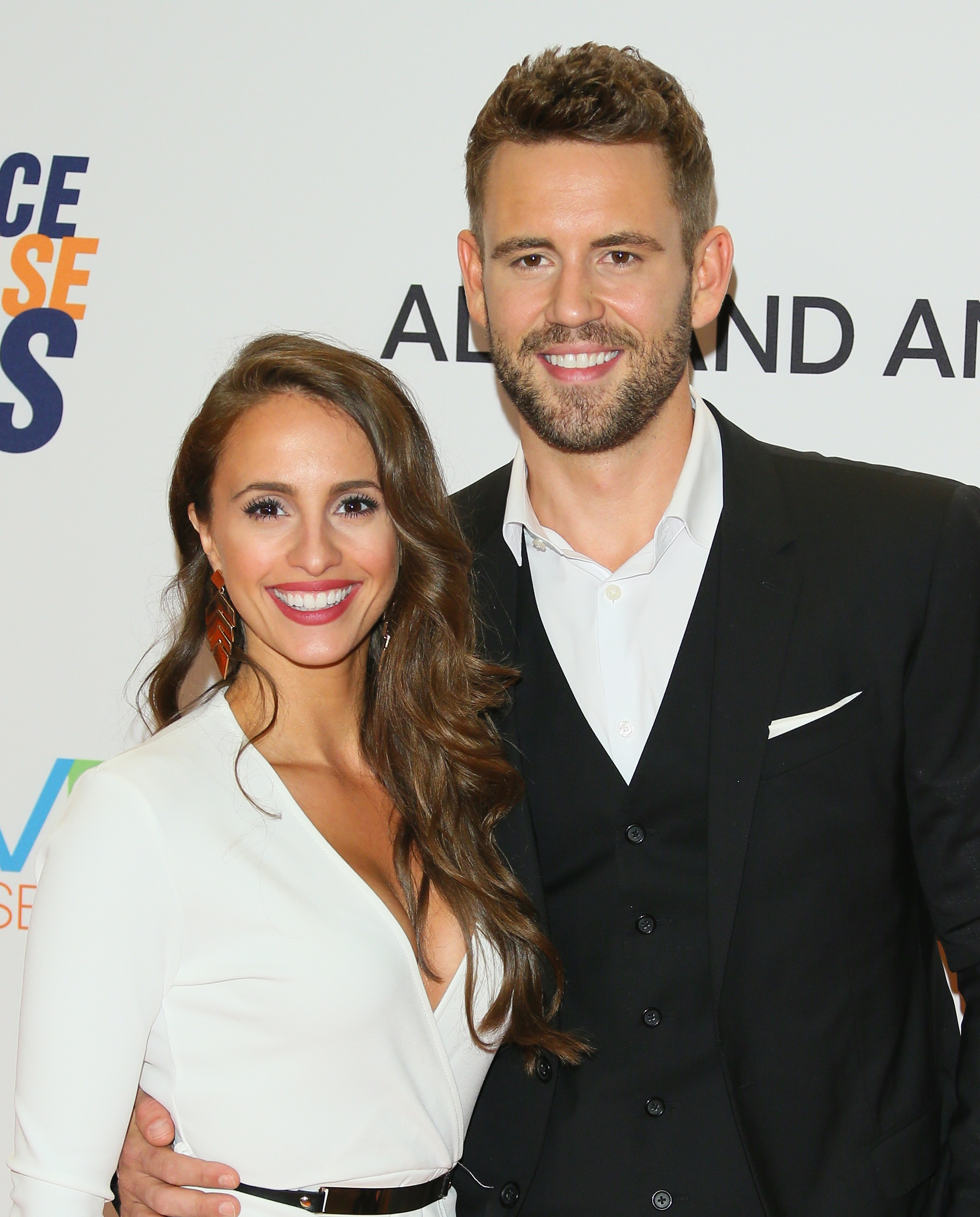 Viall isn’t seeing anyone seriously at the moment, but admits, “You know, I’m dating.” He says he’s used dating apps in the past, but isn’t currently an active user. “There’s nothing wrong with casually dating [on apps], but I think sometimes, we make life too hard for ourselves by having too much access to too many people,” he says. “And I’m pro dating app. Some people are embarrassed, like, ‘I don’t want to meet someone on a dating app.’ But why? There’s nothing wrong with it. It’s like people in the 1920s saying they don’t want to meet a guy who wrote them a letter.”

These days, he says he prefers to date from a smaller pool of choices — no endless swiping, no TV producers selecting 30 contestants for him. “You have to be able to limit your options, limit your choices, and focus on what’s in front of you and what you’re trying to get out of it,” he says.

He certainly seems focused. He describes his ideal partner as someone who makes him feel safe and comfortable being his unfiltered self, and someone who can hold a great conversation. “And then all the other traditional stuff — physical attraction, good breath,” he adds, picking up his pack of gum.

Just want an errand buddy to get lost in Ikea with.

For the record, no, he isn’t interested in dating on-screen. “I think my time looking for love on TV has been exhausted. It’s worked for some people. But the definition of insanity…” he says, trailing off. “In terms of being sincere in finding a partner, I would have a hard time with it.”

With firsthand knowledge of how tough it is to date in front of cameras, I had to ask him about ABC’s current Bachelor. “The obvious question with Madison and Peter is how much is it a conflict between her faith and his? Sometimes, when we’re young, we try to fit a square peg into a round hole," he says. "And sometimes, we confuse fighting for love with forcing something that’s just not compatible. When you first fall in love, there’s chemistry and excitement. We confuse love with lust. But there’s a big difference between that initial excitement [of meeting someone] and feeling that this is the woman I want to spend every day with for the rest of my life.” 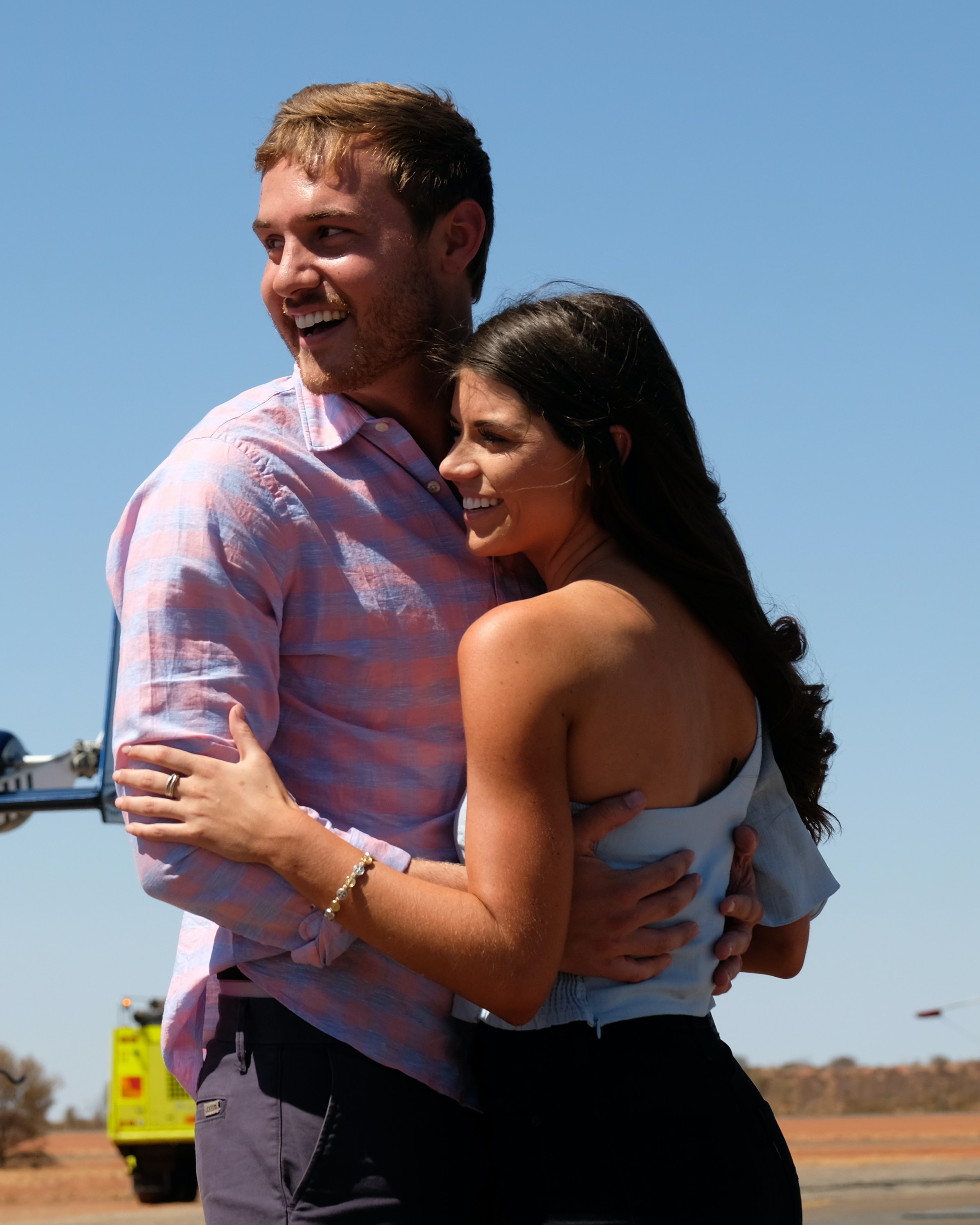 That said, he believes Weber could get engaged to either front-runner, and advises viewers to not underestimate his connection with Sluss. “She seems cool,” he adds. “I think there’s more to Hannah Ann than we see.”

Viall sympathizes with Pilot Pete. "I related to Peter in a lot of ways when I dated in my 20s," he continues. “I think when we’re younger, we try to romanticize our decisions by saying it’s all in the name of love — which sounds nice, but it’s not realistic. As we get older, not to sound corny, our love languages change in terms of what we value and what we need from our partner. It ends up being a lot more than that initial spark or connection."

Now 39, Viall describes his love language as “a heavy mix between words of affirmation, physical touch, and quality time,” and says he isn’t moved by gifts. “I’d rather not show my love by spending money, you know?” That’s good intel for whoever he dates next — offline and off-screen.