Everyone remembers where they were on Sept. 11, 2001, when hijackers took control of four commercial airplanes and crashed them into the World Trade Center, the Pentagon and a field in Pennsylvania. It was the most deadly terrorist attack on United States soil. For several celebrities, the events of that day hit very close to home, as they have direct links to the 9/11 attacks. Mark Wahlberg’s 9/11 story, for instance, has been well told. The actor was supposed to be on American Airlines Flight 11 on that Tuesday morning — that flight would end up crashing into the North Tower of the World Trade Center. Mark, though, got a last minute invitation to go to the Toronto Film Festival, so he and some pals went up there instead.

Click through to see more celebrities with unbelievable 9/11 stories…

Rob Lowe was on a Washington D.C. to Los Angeles flight less than two weeks before the attacks. The men who helped carried out the 9/11 attacks were also on Rob’s flight, as they were using it as a dry run. “I flew with the 9/11 hijackers on the dry run, without realizing. I was shooting ‘The West Wing’ in D.C. at the time and I always took the flight that leaves Dulles to Los Angeles that they eventually put into the Pentagon,” he said on “The View.” “It was 11 days before 9/11, I made the flight a lot and I didn’t think anything of it. I got on the flight and it was packed, small plane. Looked around the cabin, don’t remember anything in particular, nobody looked scary, nobody looked like a terrorist. It looked like an absolutely normal flight.” Rob was actually contacted to testify during the trial of al Qaeda leader Zacarias Moussaoui, which is when he became aware of his close encounter with the terrorists.

Steve Buscemi, a former firefighter, was at Ground Zero just hours after the 9/11 attacks, as he volunteered in the search and recovery efforts. In speaking to the podcast “WTF With Marc Maron,” Steve said he called his former firehouse after the attacks but couldn’t get ahold of anyone, so he made his way to Ground Zero and found Engine 55, where he used to work. “I asked if I could join them,” Steve recalled. “I could tell they were a little suspicious at first, but I worked with them that day.” After five days of 12-hour shifts sifting through the wreckage, the “Reservoir Dogs” star said he was left “depressed.” He added, “There are times when I talk about 9/11 and I’m right back there. I start to get choked up and I realize, ‘Ah, this is still a big part of me.’ “

Gwyneth Paltrow saved a woman’s life on Sept. 11, 2001, by her sheer stardom. A woman named Lara Lundstrom Clarke was rollerblading in New York City the morning of the attacks when she saw the actress driving. Lara stared and Gwyn, thinking she was lucky to see an A-lister. She didn’t realize just how lucky she actually was. That delay –albeit brief — caused Lara to miss her train to the World Trade Center, where she worked on the 77th floor. Had she made her intended train, she would have been in the building when the airplanes hit. Gwyneth was unaware of this for ten years until Lara sent her a letter. “So had we not had that interaction she feels like her life would’ve taken a much different course,” Gwyneth told Reuters. “It was an extraordinary story and all I could think about is all of the people who had experiences like that day, but aren’t able to reach out because it wasn’t a recognizable person.”

RELATED: Celeb kids now and then

Gabourey Sidibe overslept. That may have saved her on Sept. 11, 2001. The “Precious” star told the New York Daily News that she was supposed to attend a class right across the street from he World Trade Center that day, but she couldn’t wake up in time. She learned of the attacks when she woke up. “Later that day, one of the towers fell on the school building that I had class in, and people lost their lives. [Borough of Manhattan Community College] shut down for a month because the school became a make-shift space for police, firefighters and EMTs,” she said.

A travel agent and a hangover unintentionally saved Seth MacFarlane’s life Sept. 11, 2001. The “Family Guy” creator intended to be on American Airlines Flight 11 that morning, which was supposed to fly from Boston to Los Angeles. It ended up being the first plane to hit the World Trade Center, striking the North Tower. Seth missed the flight by just a few minutes because his travel agent gave him the wrong time for his flight. (He was told the flight left at 8:15 a.m., not the correct time of 7:45 a.m.) “I was booked on that flight and I was drinking the night before and hung over and I missed the plane by about 10 minutes. It was a very close call for me,” he told The Mirror.

Jazz singer Patti Austin had a ticket for United Airlines Flight 93 on Sept. 11, the same flight that crashed into a field in Pennsylvania as passengers fought with hijackers. However, Patti’s plans changed, as did her flight, after her mother had a stroke in San Francisco. Patti flew to the Bay Area on Sept. 10, one day ahead of schedule. Her mother’s medical issue saved Patti’s life.

Michael Jackson died on June 25, 2009, but his life could have ended on Sept. 11, 2001. According to Jermaine Jackson, the King of Pop star was supposed to be at a meeting atop the World Trade Center that fateful morning, but he overslept. In Jermaine’s book, “You Are Not Alone: Michael: Through a Brother’s Eyes,” he claimed Michael was up late on Sept. 10 speaking to his mom on the phone. Jermaine recalls his brother telling his mom, “Mother, I’m okay, thanks to you. You kept me up talking so late that I overslept and missed my appointment.”

Alec Baldwin and his brother Billy Baldwin were able to sneak ontp Ground Zero in the days after the terrorist attacks in 2001 thanks to a fireman who had a soft spot for Billy’s 1991 film “Backdraft.” As the brothers were roaming around the area, a fireman asked Billy and Alec if they were going to go to “the pit,” which was where the Twin Towers collapsed. The Baldwins relayed that they weren’t able to get there because they were civilians and not authorized. “The guy gets off the truck and underneath his jacket, he’s got a uniform. So he doesn’t need the jacket as an identifier,” Alec said on Instagram in 2020. “They put the coats on us, they put the hats on us, they put us in the back of the [truck] and we go down there. We have the hats on, we keep our heads down low as we go past these cops and these military people and we go to the site, to the pit, which was every bit as horrific as you could possibly imagine. Just horrible.”

Sarah Ferguson, the Duchess of York, was running 20 minutes late and got stuck in New York City traffic the morning of Sept. 11, 2001. She’s thankful for it now. In speaking to Hello! Magazine, Fergie recalled having a meeting at her Chances for Children charity office, which was located on the 101st floor of the North Tower of the World Trade Center. She was running behind schedule because of an interview on”Today.” “I take every minute as a blessing,” she said. “Because the minute you look too far forward, then you’re missing now. The minute you look back…you can’t go back.” The charity’s mascot, a rag doll, was found in the rubble. 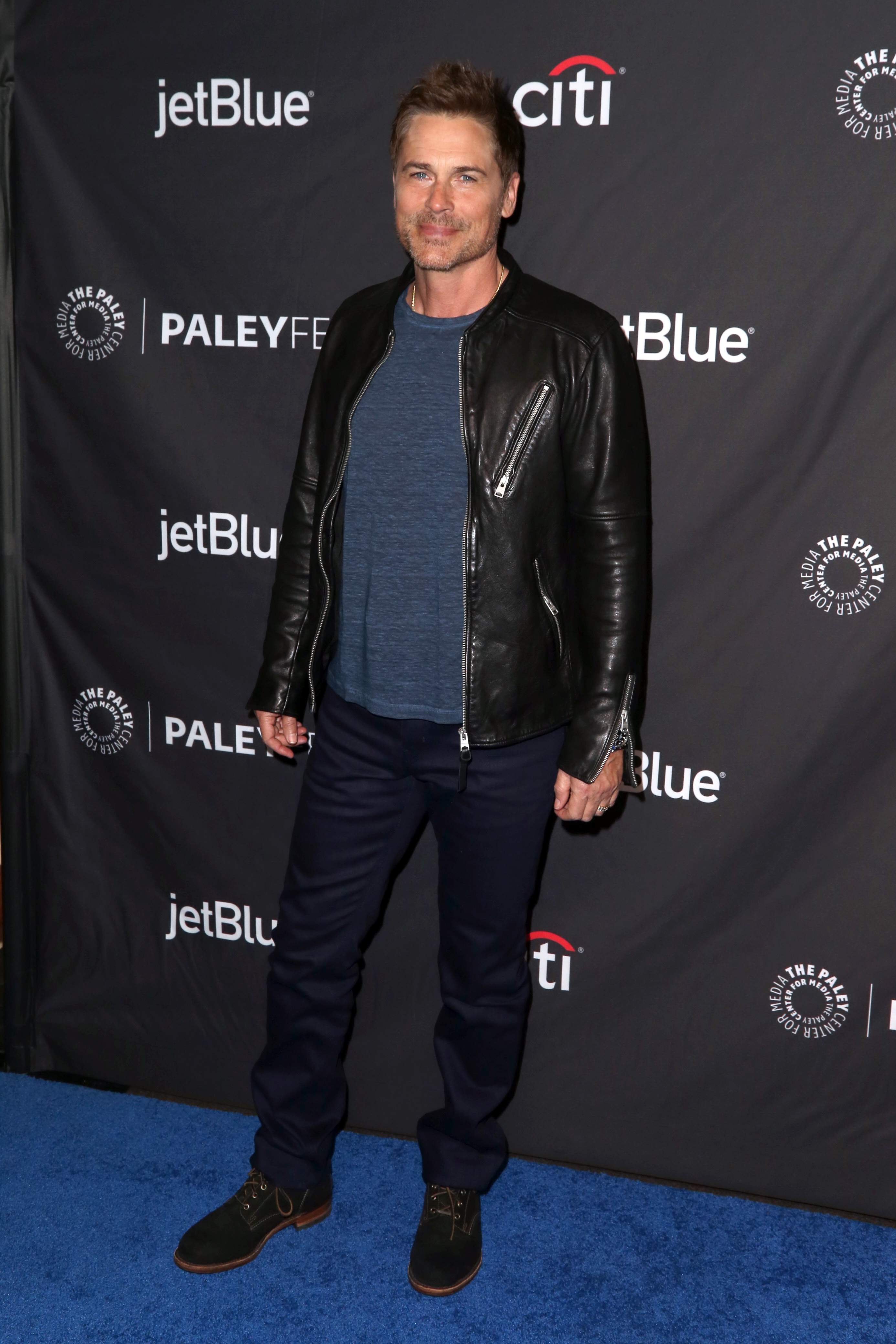 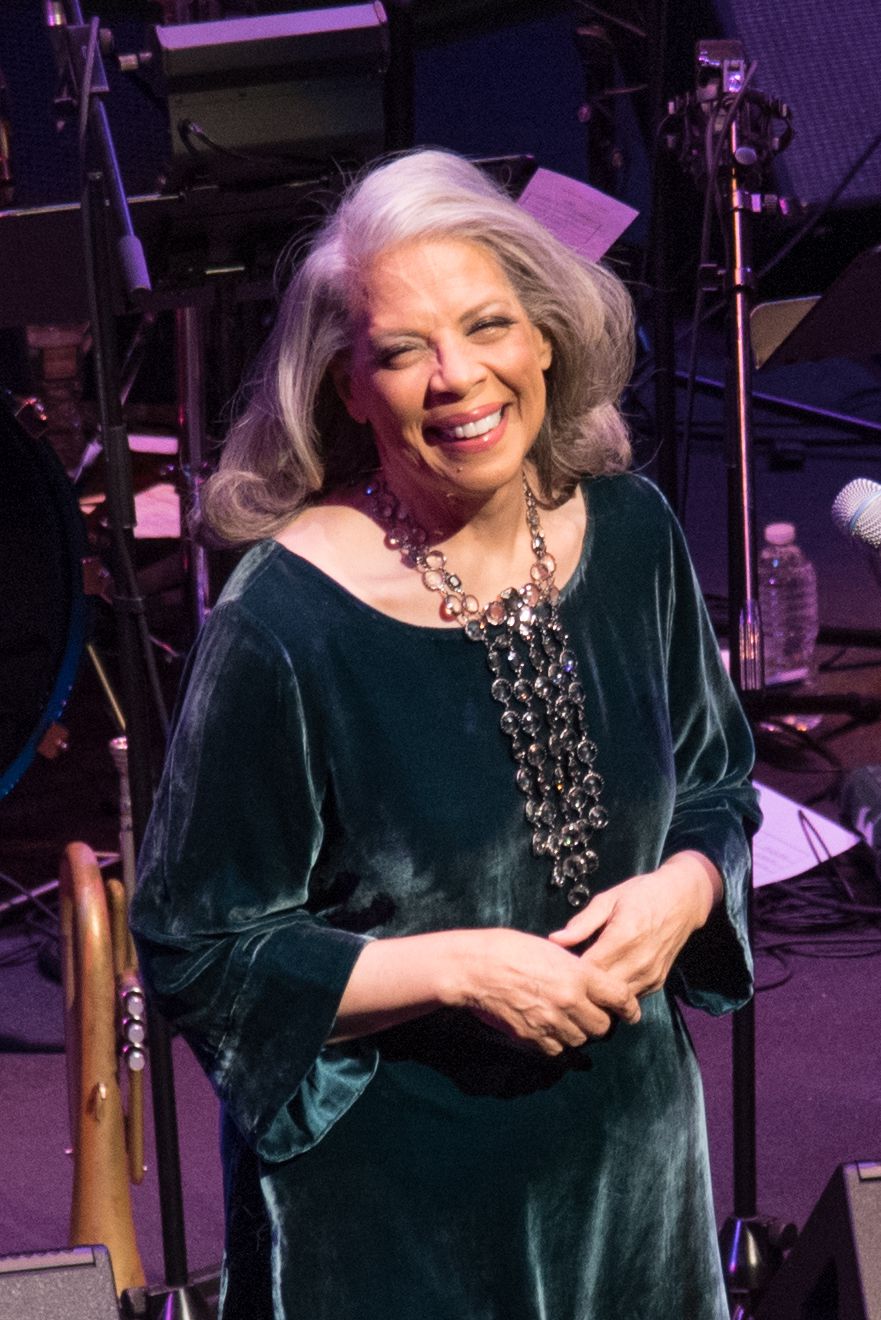 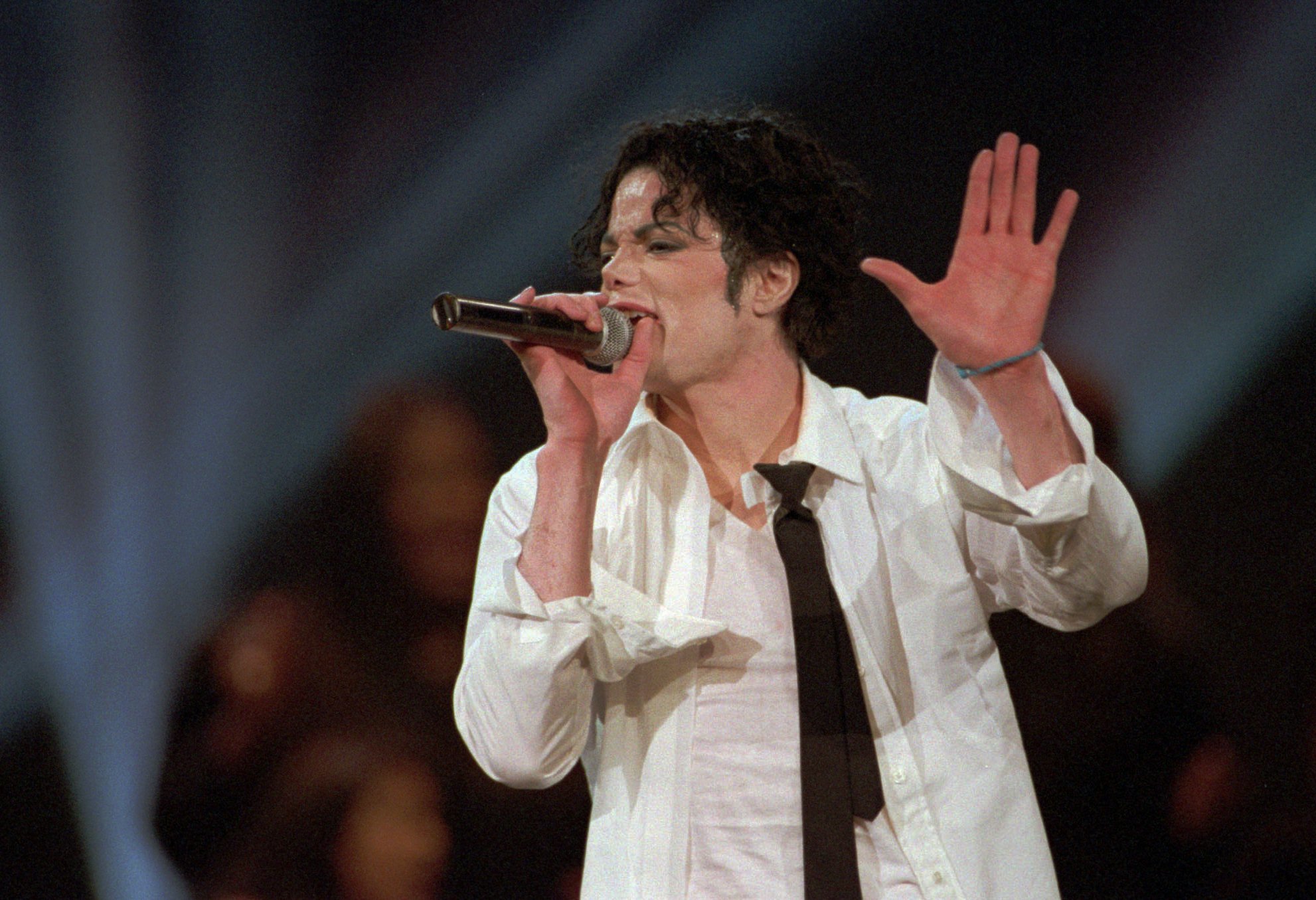 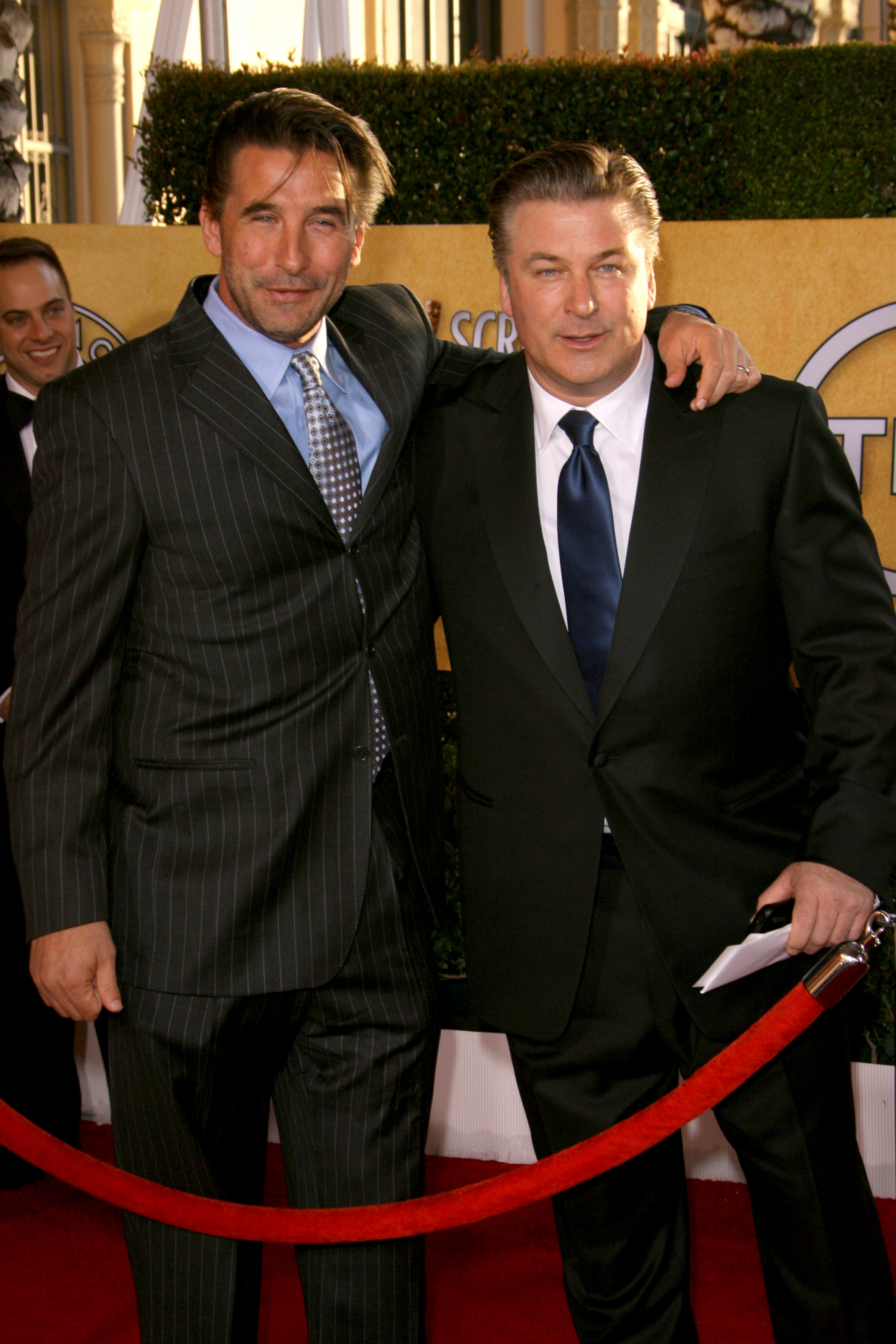