Between Peter Weber’s drastically changing decisions and his family’s intense involvement, the end of his Bachelor season was unlike any other. But still, when his mom and ex-girlfriend (now maybe-girlfriend again) started getting into on "After the Final Rose," fans were absolutely shook by the drama. Truly, Madison Prewett and Barbara Weber’s fight on The Bachelor finale is the stuff of reality television dreams.

After watching "Barbs" make endless faces throughout Peter’s breakup with Hannah and, later, his reconciliation with Madison, I had a feeling things were going to get intense. But no one was ready for what went down when the newly reinstated couple was called into The Hot Seat and Madison spoke to Peter’s parents.

It was very clear from the start that the Webers were strongly #TeamHannaAnn.

"When I met Madison, it was a rocky road," Barbara, Peter’s mom said to the live audience. "We waited 3 hours to meet her and she didn’t apologize." Rude, sure. But she was dealing with a lot, which the family knew about. Still, Peter’s mother goes more in-depth as she discusses talking to Madison about her feelings with her son, only to feel that she wasn’t as into him as he was with her.

Madison held her composure as momma Weber spoke her mind, but after the commercial break, things got truly wild between the two women.

At that moment, Peter’s mom leaned over to whisper to Peter’s dad and that’s when it started getting really dramatic. 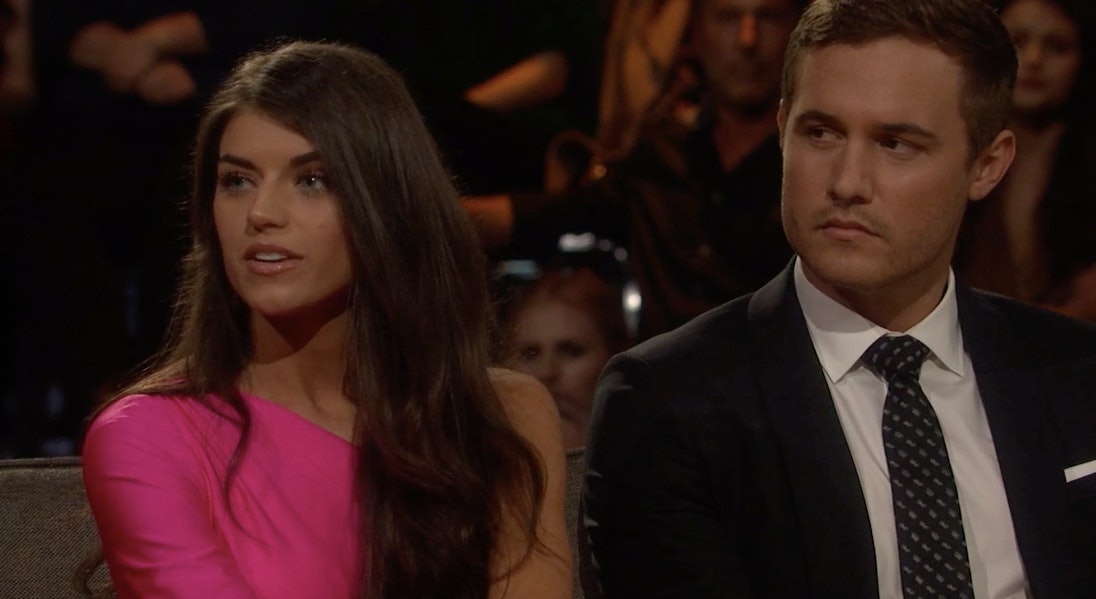 Peter begged his parents to give Madison a chance, which seems pretty understandable considering he’s an adult man. Barb, on the other hand, didn’t seem to agree.

"We want the best for him," she said, discussing that while Hannah Ann "gave her heart to Peter," Madison didn’t.

Madison then went on to say that despite all of the drama, this wasn’t just Peter’s journey. Going into the series, everyone is (hopefully) looking for love. This was her journey as well and she needed to find her own way. All true, of course.

When Chris asked how the family can move forward, since the two obviously want to be together, Peter’s mother said, "He’s gonna have to fail to succeed. Everyone that knows him knows that it’s not going to work."

Luckily, the entire audience started booing and Peter said "I’m telling you, I love Madison, and that should be enough."

Trying to get some control over his show, Chris Harrison asked Peter’s dad his thoughts, to which he said a whole lot of nothing while Barb muttered incoherently next to him.

After yet another awkward silence, Chris Harrison pulled things back from the Webers, who it turns out were the villains of the season, by wishing the happy(?) couple the best and praying that The Bachelorette will be a little less off-book.

While I might have doubted him at first, it seems like for once, Chris was right: This really was the most dramatic season ever. At least fans can take solace in the fact that Madison will forever be in Barbs’ vow renewal photos. If that’s not karma, I don’t know what is.