Puppy love! Lindsay Ell revealed the surprising way she broke her foot after debuting a silver cast at the 2021 CMT Music Awards on Wednesday, June 9.

“I was chasing after my dog!” Ell, 32, told Entertainment Tonight after walking the red carpet in Nashville on Wednesday. “She got out of the bus, we left the bus door open and she just went plummeting out of it. Naturally, like any dog owner, [I ran] after her, but I was in socks.”

The “Make You” singer explained that she “jumped” from the top step of the bus down into the parking lot to get the pup and “landed wrong” causing her break it “pretty good.”

The “Want Me Back” musician didn’t let the injury ruin her night out, however, wrapping her cast in silver tape and pairing it with bedazzled crutches as she posed in Music City. The accessories matched her sparkly, silver dress and white Nike sneaker with silver detailing.

“I just think that’s what life is about,” she said of her cast. “If we’ve learned anything from the last year and a half, it’s how to take lemons and turn them into lemonade.”

Despite being hurt, Ell still performed during the show with Lady A, which is made up of Hillary Scott, Charles Kelley and Dave Haywood. Instead of moving on stage, however, she explained that Scott, 35, came to her during her guitar solo. The Canadian singer joined Lady A and Carly Pearce after Gabby Barrett bowed out of the gig, citing “personal circumstances” earlier in the day. 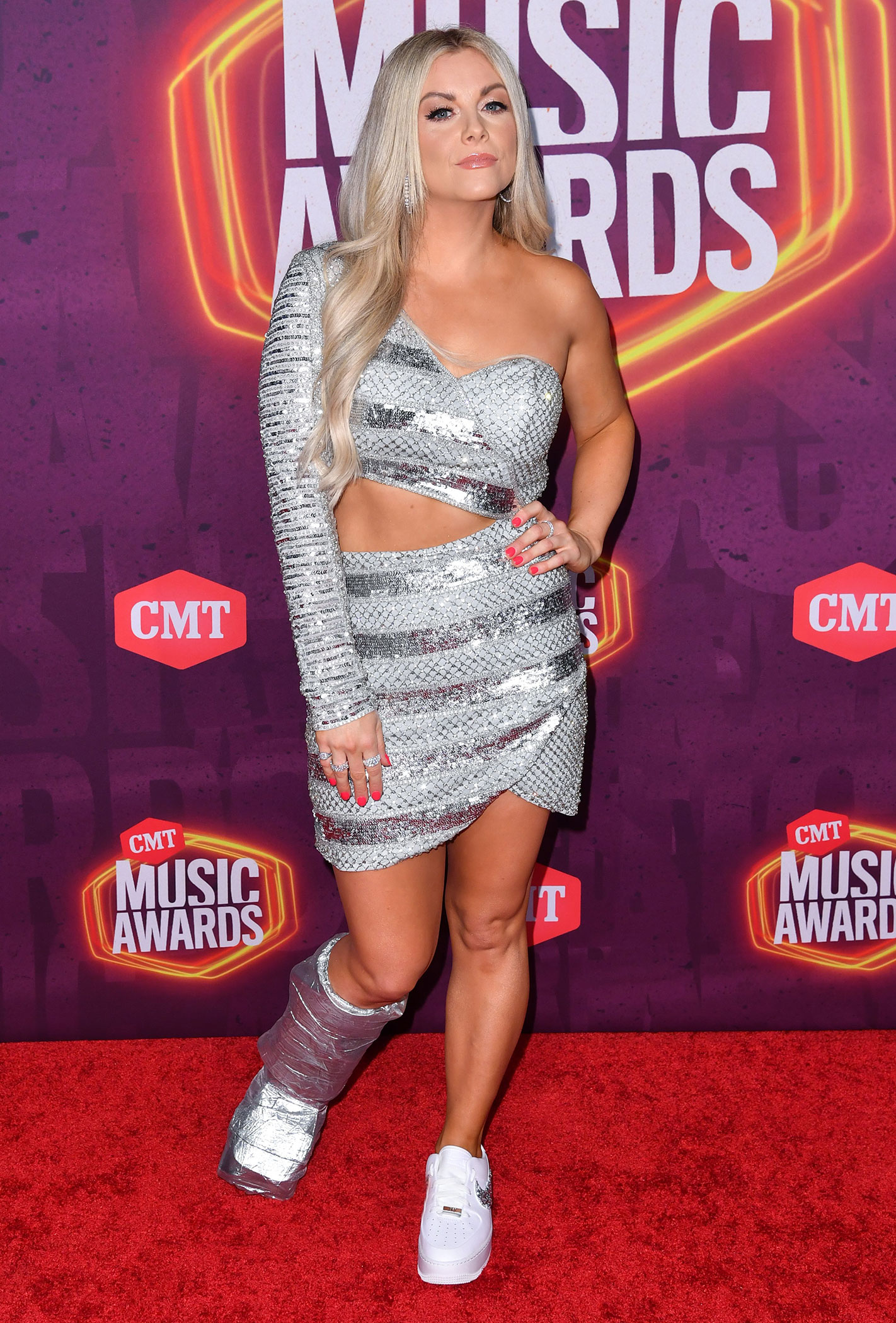 “I’m really sad to share that because of personal circumstances I won’t be able to perform with @ladya and @carlypearce on Wednesday at the @cmt Music Awards!” the “Good Ones” singer, 21, wrote via Instagram on Monday, June 7, alongside a throwback photo from last year’s awards show. “I’ll be rooting for you guys and all of the incredibly talented nominees and performers! ❣️So appreciate all of your support and will see yall on the road this summer :)”

Maren Morris also opted out of the awards show, telling her fans via her Instagram Story, “Due to a scheduling conflict, I will not be performing at the CMT Music Awards on Wednesday.” The “Bones” singer, 31, was originally set to sing alongside J.P. Saxe, but was replaced by Ingrid Andress.

“I know @jpsaxe will slay it and I am so excited for his album to come out soon!” Morris added.