A fan has unearthed a video from 2019 that appears to show tension in Miley Cyrus and Liam Hemsworth’s relationship months before news broke that they had split.

Miley Cyrus has always been a wild child, and that didn’t appear to always sit so well with her ex-husband, Liam Hemsworth. Earlier this week, a fan resurfaced a 2019 Access Hollywood interview with the pair at the Vanity Fair Oscars party, WHICH YOU CAN SEE HERE. In the clip, Liam appeared annoyed with Miley as she started twerking on the red carpet. The two were dressed to the nines for the high-profile event, and Liam looked a bit embarrassed as Miley started pushing her backside towards him.

“Let’s not do that here,” he mumbled, while looking away from the camera. “We’re on the carpet.” Miley stopped what she was doing and motioned to leave with her then-husband, but she gave the camera an apologetic look as they started walking away. The 2019 VF Oscar Party took place just two months after Miley and Liam got married in a low-key ceremony. Six months after the party, news broke that they had ended their marriage and were getting divorced. 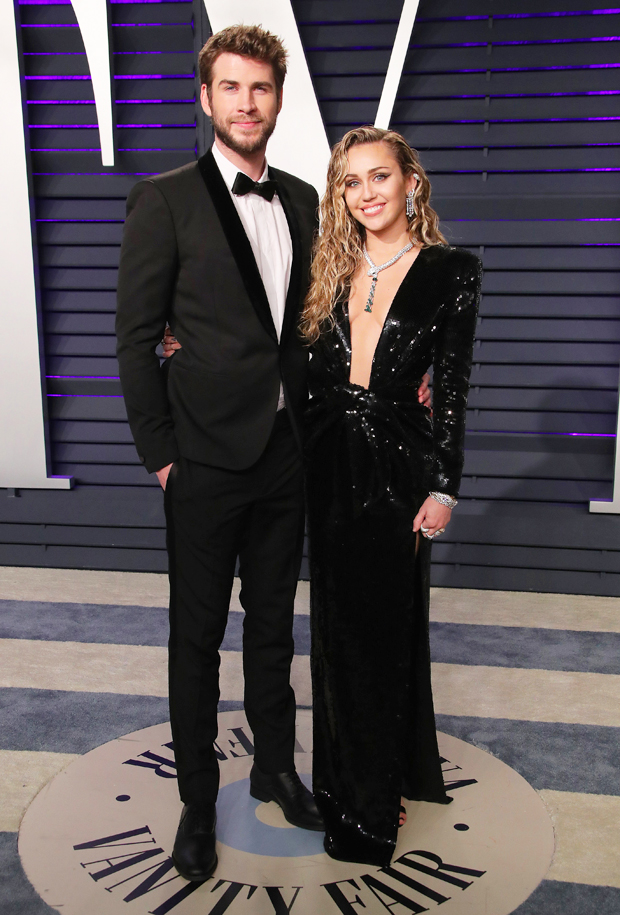 Miley and Liam’s marriage came after they were together for nearly ten years on and off. After getting engaged in 2012, they initially split in Sept. 2013, but reconciled two years later. Miley started wearing her engagement ring again, but it wasn’t until after the pair’s Malibu home burned down in 2018 that they finally decided to tie the knot. They were married less than two months later, and it turns out that rushing the wedding plans was their downfall. 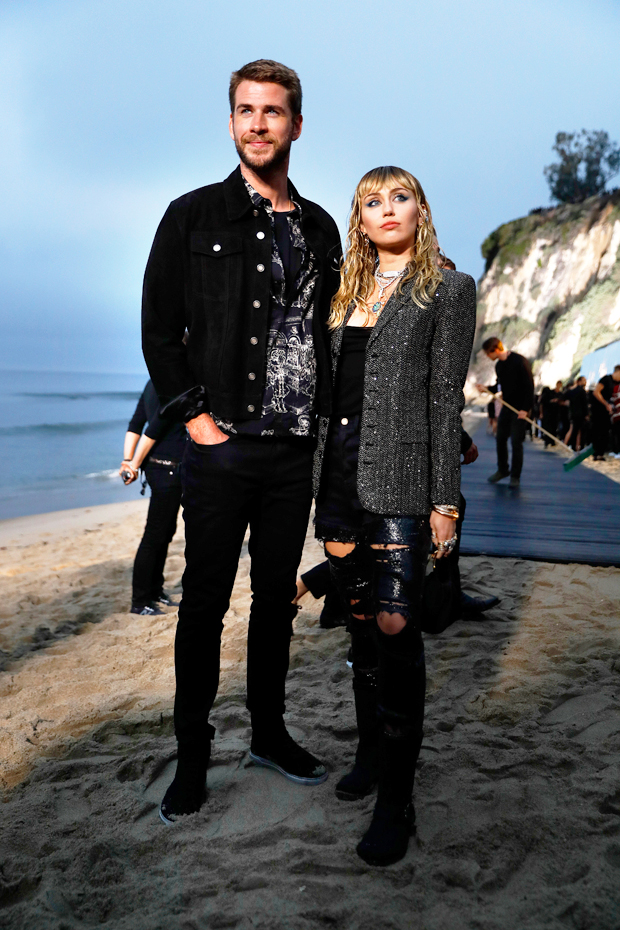 “I don’t know if we really ever thought we were actually going to get married [before the fire],” Miley admitted in Dec. 2020. However, when she lost “everything” in the destruction, she did whatever she could to hang onto Liam — the one thing she had left. Unfortunately, that proved to just be desperation talking. “I just clung to what I had left of that house, which was me and him,” she explained. “And I really do and did love him very, very, very much and still do, always will. [But] there was too much conflict. When I come home, I want to be anchored by someone. I don’t get off on drama or fighting.”