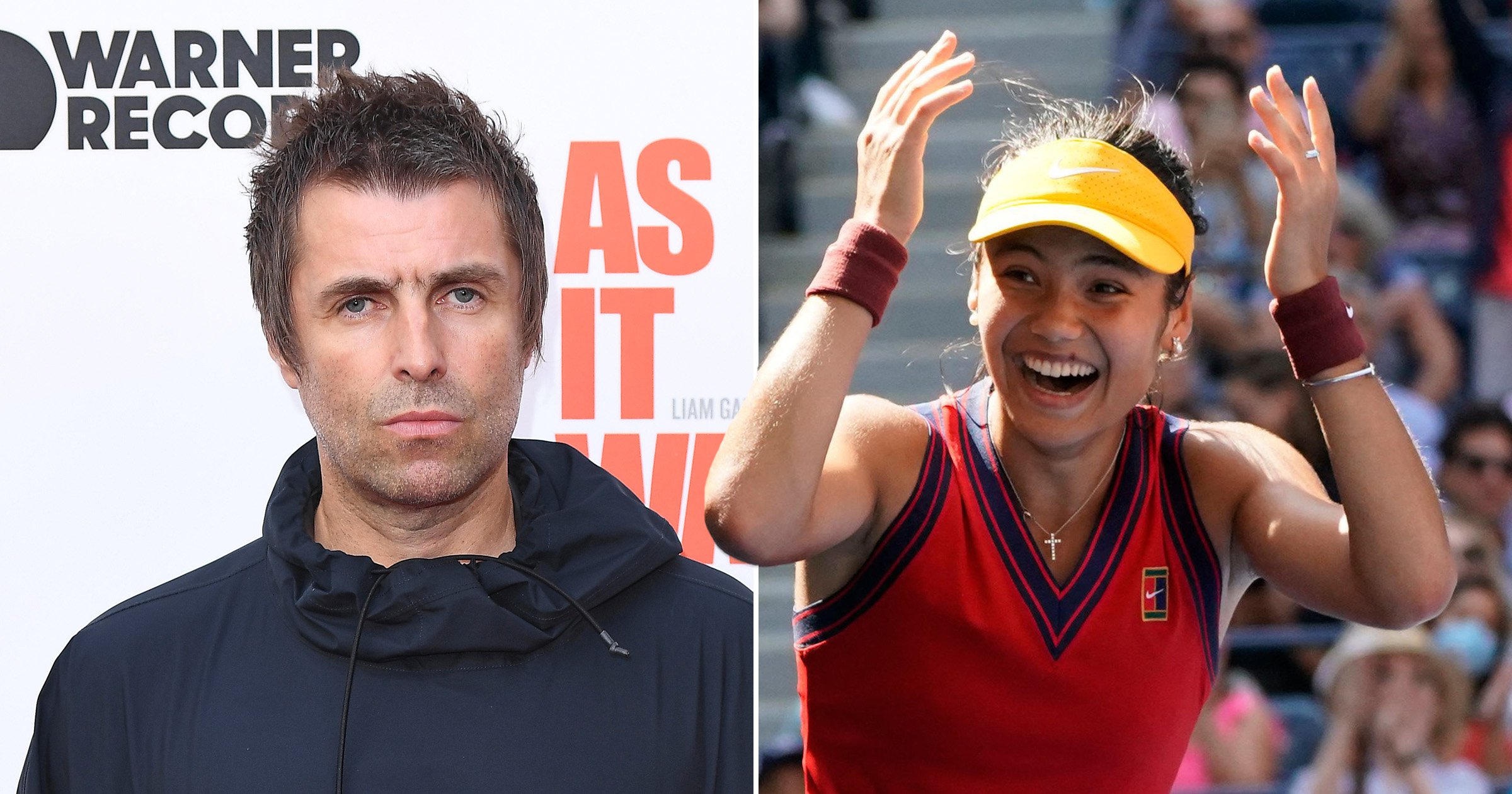 Liam Gallagher is among the famous faces to have congratulated British teenage tennis star Emma Raducanu on making the final of the US Open.

The 18-year-old, from Kent, will face Leylah Fernandez, a 19-year-old from Canada, in the last stage of the competition.

Raducanu is the first British woman to reach the final of the tennis competition since Virginia Wade won the title 53 years ago.

Gallagher tweeted: ‘Can u dig it congratulations to Emma Raducanu c’mon LG.’

The rock star had previously described Raducanu as ‘biblical’ during her run at Wimbledon, where she reached the last 16 before pulling out due to breathing difficulties.