Celebrity romances, like regular ones, are pretty unpredictable. Sometimes a couple can date for three weeks before getting engaged (hi, Grandavidson), and other times, a couple will date for years and not have marriage on the brain. And even though celebs have bottomless bank accounts and contact lists full of fellow famous peeps, they too can find it hard to make relationships last, just like us. Don’t buy it? Take a look at Katy Perry and Orlando Bloom’s relationship timeline, for instance. The two have been an item for a while now, but they’re also a pretty good example of what a rollercoaster relationship looks like.

The pop star and the actor have been on-again, off-again since 2016, and from their first PDA to their first child, their relationship history is jam-packed with drama. However, after welcoming Daisy Dove in August 2020, Perry and Bloom’s bond seems stronger than ever. Though their nuptials are reportedly on hold as they adjust to life as new parents, I imagine their future wedding day will be just as sweet as they are together. Let’s take a look back on Perry and Bloom’s transition from new lovers to a family of three, shall we? According to Us Weekly, Perry and Bloom first got together at a Golden Globes after-party in January 2016. And apparently, they weren’t just flirting slyly at a table, either. A source for Us Weekly reportedly claimed that "Katy and Orlando Bloom had a total dance-off — it was the best part of the party. Katy literally dropped to the floor and was waving her booty around, beckoning Orlando." Now that’s how you get someone’s attention!

They Sparked Dating Rumors In February 2016 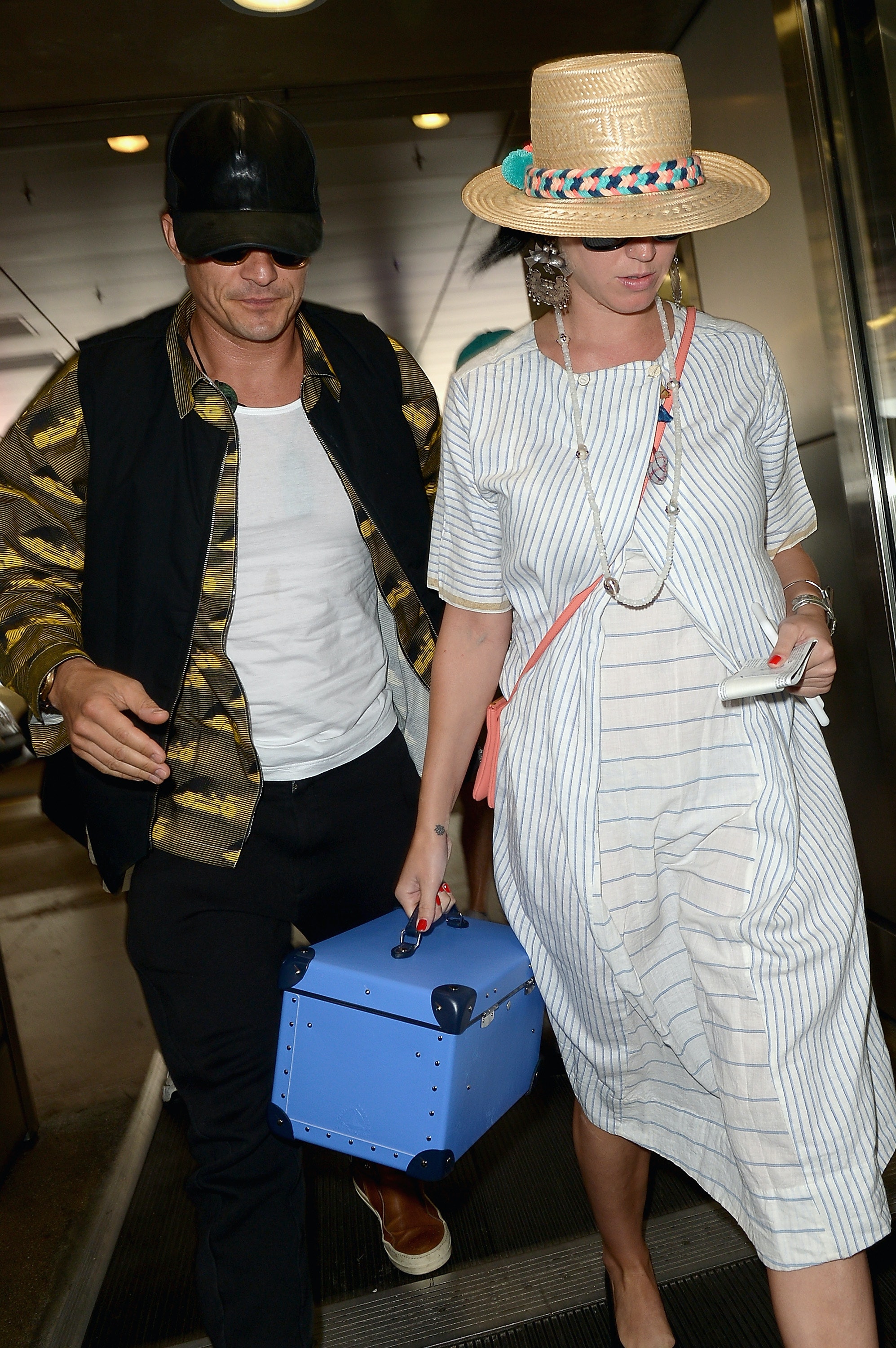 In February, Perry and Bloom sparked dating rumors when they went to an Adele concert, where they reportedly engaged in some PDA while jamming out, per the Daily Mail. Later that month, the two reportedly went on vacation together to Hawaii and looked "very loved up and really into each other," as a source for Entertainment Tonight reportedly claimed.

By the beginning of May 2016, Us Weekly reported that Bloom and Perry were officially an item, but the couple seemingly wasn’t ready to admit it themselves. At the 2016 Met Gala, they avoided being photographed together (though they did wear matching white Tamagotchi accessories). A few weeks later at the amfAR Gala during the 2016 Cannes Film Festival, they even sat at separate tables. But finally, Perry went public with their relationship when she posted a cute pic of herself and Bloom in Cannes.

They Broke The Internet In July 2016 In August 2016, photos of a naked Bloom paddle boarding in Italy with Perry surfaced on the internet. If there was any doubt that these two were together, it’s safe to say these pics put those doubts to rest. "It was extremely surprising," Bloom later told British Elle about the incident in November 2017. "I wouldn’t have put myself in that position if I’d thought it would happen. I’ve been photographed a million times in a million ways. I have a good radar."

They Broke Up In February 2017

After they’d been dating for just about a year, representatives for both Perry and Bloom released a joint statement to People on the state of their relationship, and it wasn’t good. "Before rumors or falsifications get out of hand, we can confirm that Orlando and Katy are taking respectful, loving space at this time," the statement read.

They Sparked Reconciliation Rumors In August 2017 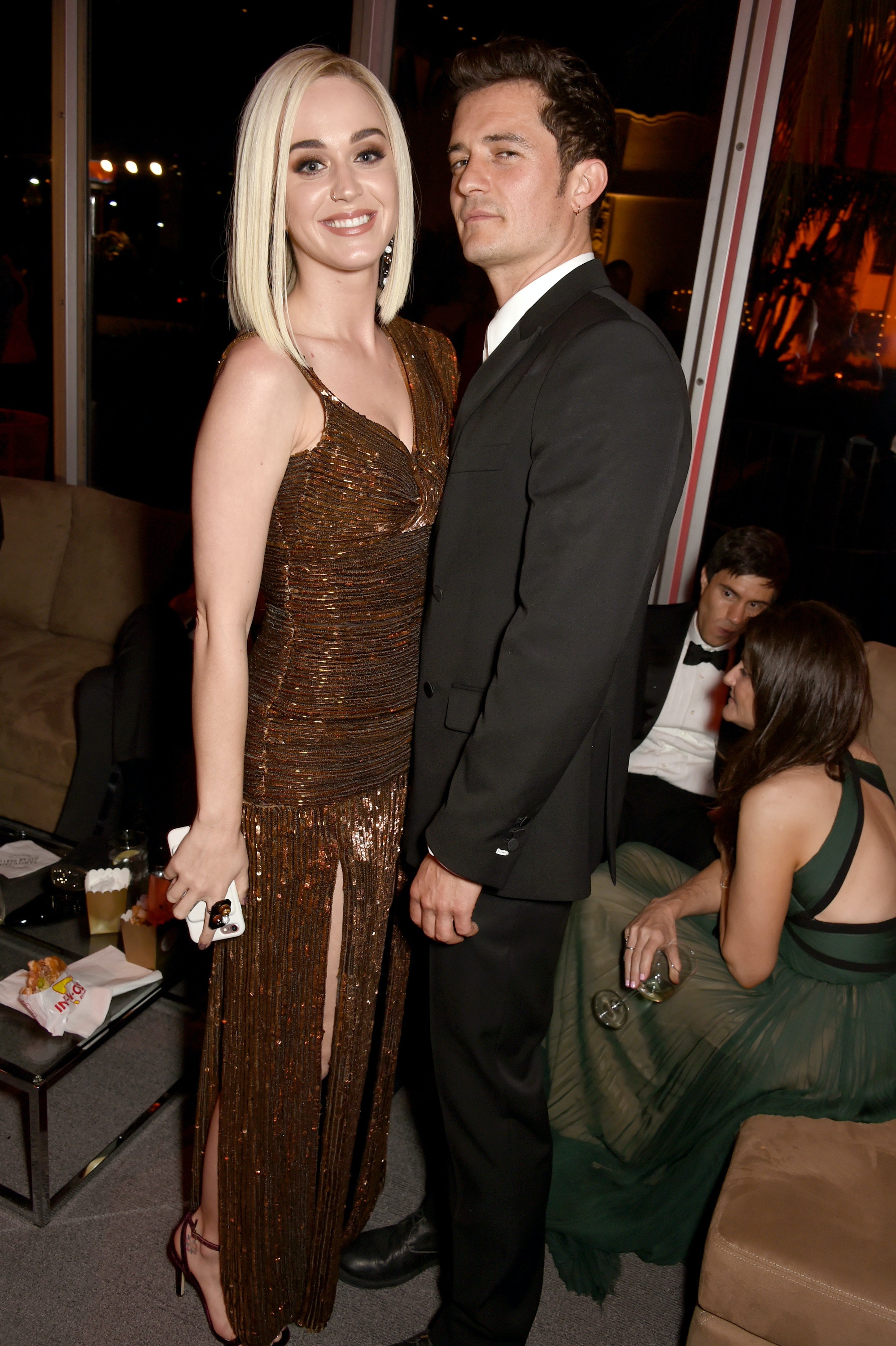 In August 2017, Bloom and Perry attended an Ed Sheeran concert together, E! News reported, sparking rumors they were back on. When asked about the hangout, Perry played it coy. "I think people are in and out of your life. It’s nice to keep people you love around you," she told Sirius XM’s The Morning Mashup, per Page Six.

They Reportedly Got Back Together In February 2018 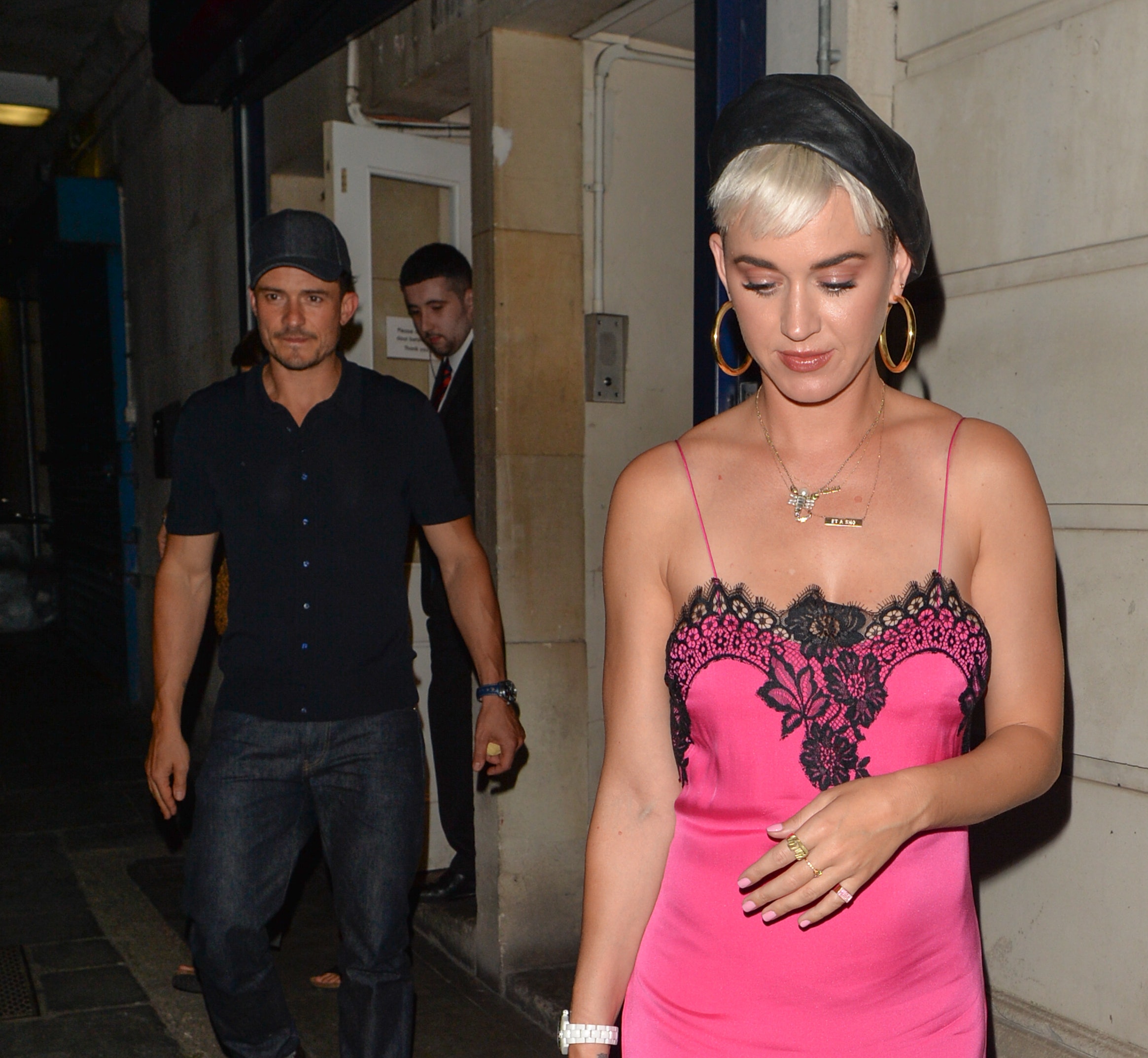 Just about a year after calling it quits, a source for Entertainment Tonight reportedly claimed Perry and Bloom were back together. "The time they spend together alone is a way for them to build a new healthy relationship that is not under the eyes of their fans and the world," the source reportedly claimed. "They both live very busy lives and have carefully made a plan to give their love a second chance."

In April 2018, Perry finally confirmed the reunion herself, telling Entertainment Tonight, "I have been spoken for and speak for myself… and I’m very happy!"

They Made Their Red Carpet Debut In September 2018 At the end of September 2018, Perry and Bloom make their red-carpet debut at the Gala for the Global Ocean in Monaco and looked more in love than ever.

They Got Engaged In February 2019

Perry Announced She Was Expecting In March 2020

https://www.instagram.com/p/B9caa6iFd3y” data-shortcode=”B9caa6iFd3y” data-instgrm-captioned>In her March 2020 music video for "Never Worn White," Perry revealed that she and Bloom were expecting their first child together. Not long after, she announced they were having a girl.

However, the two apparently dealt with some trouble in paradise around the same time. "There’s a lot of friction between my partner and I," she told Ryan Seacrest during a March 2019 appearance on his show, On Air With Ryan Seacrest. "But, that friction breeds something beautiful. It can breed a lot of light."

Perry Revealed Details About Their Breakup In June 2020

During a June 2020 appearance on Q on CBC in June 2020, Perry spoke about how painful her February 2017 breakup with Bloom had been. "My career was on this trajectory when it was going up, up, and up, and then I had the smallest shift, not that huge from an outside perspective. But for me, it was seismic," she said of the split. "I had given so much out, and it literally broke me in half."

They Welcomed Their Daughter In August 2020

On Aug. 26, 2020, Perry and Bloom welcomed their first child together. In a statement shared through UNICEF, the couple said, "We are floating with love and wonder from the safe and healthy arrival of our daughter." The statement also reveals the baby’s adorable name: Daisy Dove Bloom.

Perry Opened Up About Bloom’s Son In February 2021

During a February 2021 appearance on Jimmy Kimmel Live, Perry admitted Bloom’s stories about raising Flynn (his 10-year-old son whom he shares with ex Miranda Kerr) were initially tough to hear. However, once their daughter was born, Perry realized Bloom’s past experience was actually an asset.

"I have family and support and I’ve got an incredible fiancé who’s done this before," she explained. "He has a 10-year-old son. So, as much as I was a little bit like, you know, I don’t need to hear all those stories, they actually helped… Like, ‘Oh! You’ve had a run at this! You know how to do this!’ So, he’s been amazing, incredible and we’re so in love and we’re so grateful." You love to see it.

Thanks for always keeping it real, you two.

Editor’s note: This story has been updated to reflect recent developments in their relationship.

This article was originally published on Oct. 2, 2018

Plane sailing! Cruise ships appear to be floating in the air in bizarre optical illusion as they anchor off the English Riviera in Devon during […]