Josh Duggar was indicted and arraigned in court via Zoom on Friday, April 30, one day after he was arrested and taken into custody in Arkansas.

Meet the Duggars! Get to Know Jim Bob and Michelle Duggar and Their 19 Kids

The 19 Kids and Counting alum, 33, wore light and dark gray-striped prison attire and smiled as his attorney, Justin Gelfand, entered a not guilty plea on his behalf. Gelfand also waived Duggar’s right to have the charges read out loud.

Duggar was held at the Washington County jail in Arkansas on Thursday, April 29, without bail. At the time, the charges were unconfirmed. Federal prosecutors want Duggar to remain in jail for the time being, but he will be able to request to be released on bond during a May 5 hearing.

His trial is scheduled for July 6, with pretrial proceedings beginning five days prior. 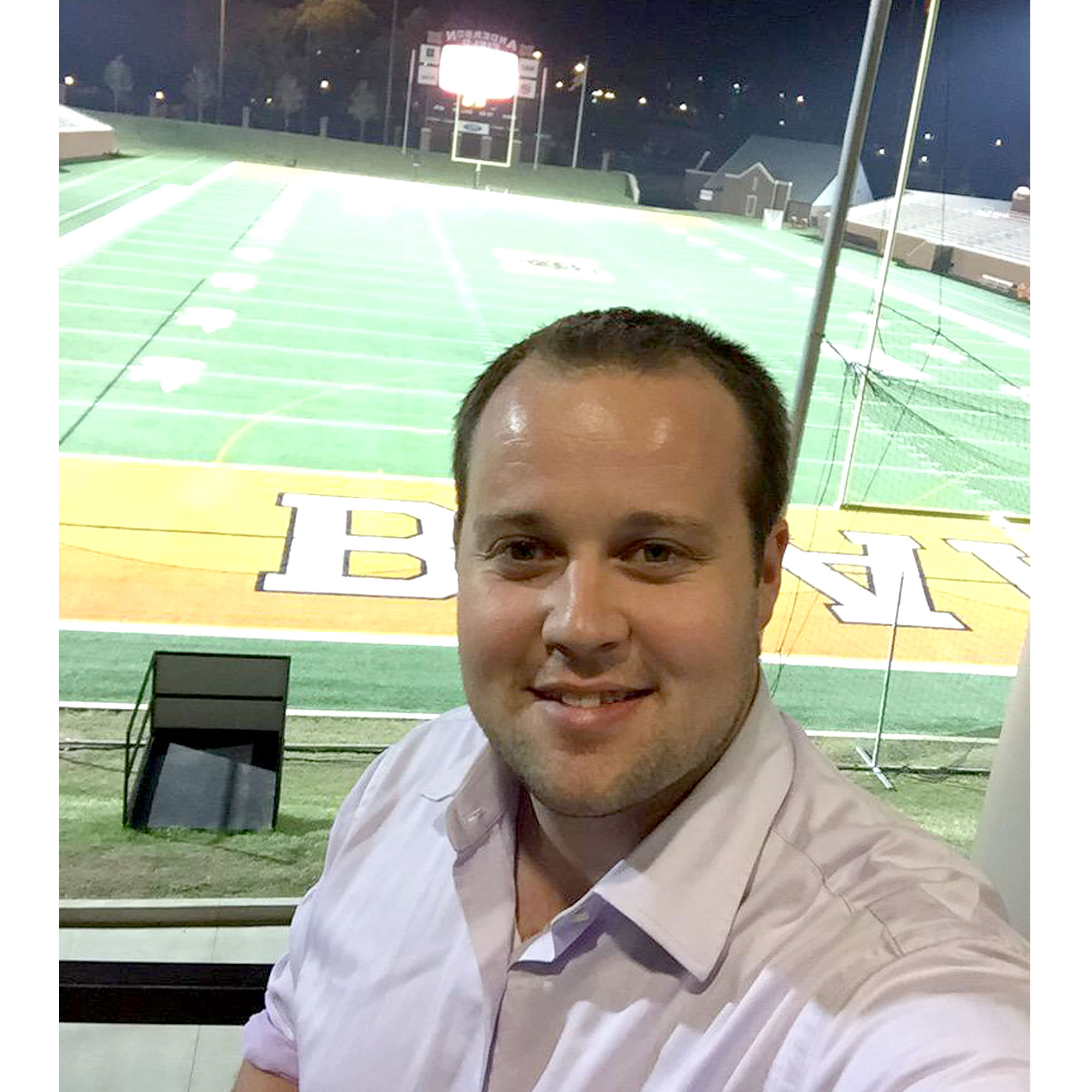 Duggar was held at the Washington County jail in Arkansas on Thursday, April 29, without bail. At the time, the charges were unconfirmed.

Judge Erin L. Wiedemann advised on Friday that “a third-party custodian” appear alongside Duggar at his May hearing. Duggar will also be interviewed.

“I will also advise you that any proposed third-party custodian, it would need to be in a residence, where there are no minors in the home,” the judge said. “So, you all would need to be looking for somebody that will ensure compliance with conditions of release and can ensure to the court that there are no minors in the home, or that would be visiting unsupervised.”

In 2015, several women came forward with allegations against the eldest son of Michelle and Jim Bob Duggar, claiming that he had molested them when he was a teenager. Shortly after the accusations made headlines, TLC canceled the Duggar family’s reality series.

“Twelve years ago, as a young teenager, I acted inexcusably for which I am extremely sorry and deeply regret. I hurt others, including my family and close friends,” Josh said in a statement amid the scandal. “I confessed this to my parents who took several steps to help me address the situation. We spoke with the authorities where I confessed my wrongdoing, and my parents arranged for me and those affected by my actions to receive counseling. I understood that if I continued down this wrong road that I would end up ruining my life.”

The political activist continued: “I would do anything to go back to those teen years and take different actions. I sought forgiveness from those I had wronged and asked Christ to forgive me and come into my life. In my life today, I am so very thankful for God’s grace, mercy and redemption.”

However, the controversy didn’t stop there. Josh spent time in rehab after admitting to cheating on his wife, Anna Duggar, who he wed in 2008. He addressed his infidelity at the time, calling himself “the biggest hypocrite ever.”

He added: “I am so ashamed of the double life that I have been living and am grieved for the hurt, pain and disgrace my sin has caused my wife and family, and most of all Jesus and all those who profess faith in Him. I humbly ask for your forgiveness. Please pray for my precious wife Anna and our family during this time.”

“My husband is a diligent worker and provides well for our family,” Anna replied to an Instagram comment on April 23, defending her spouse after a follower asked, “How do you afford all those kids? Does Josh even work?”

Duggar Love! Relive All of the Family’s Courtship Beginnings

In the years since Josh’s scandal, his parents and siblings have continued to grapple with how to move forward. His sister Jinger Duggar recently opened up about the aftermath of the media frenzy, telling Us Weekly exclusively that “it was one of the hardest times” in their lives.

“It’s in those times where it’s not popular to be your friend, seeing how they responded really showed us the love of Christ through them and through their friendships,” she said earlier this month. “I think that was something that stood out to me and I saw the friends who came so close and were like, ‘Hey, I’ll just sit with you,’ ‘I’ll bring you a meal or hang out with you if you want to.’ In those times I thought, ‘Man, that really meant the most.’ … Our family was way closer because of that, and in spite of that, I guess you’d say.”