Home » Celebrities » Jennifer Garner Has A Girls Day With Daughter Violet, 15, At The Nail Salon — Photos

Jennifer Garner spent some quality time with Violet, her eldest child with ex Ben Affleck, at a nail salon after dropping off son Samuel, 9, at swim practice.

Jennifer Garner never takes time spent with her kids for granted. The 49-year-old actress was on mom duty on Tuesday (June 29) when she was photographed out and about in Brentwood, Ca. with two of her three children she shares with ex Ben Affleck: daughter Violet Anne, 15, and son Samuel Garner, 9. Jennifer was first seen dropping Samuel off at swim practice, according to The Daily Mail, before she headed to a nearby nail salon with Violet for a special girls’ day. 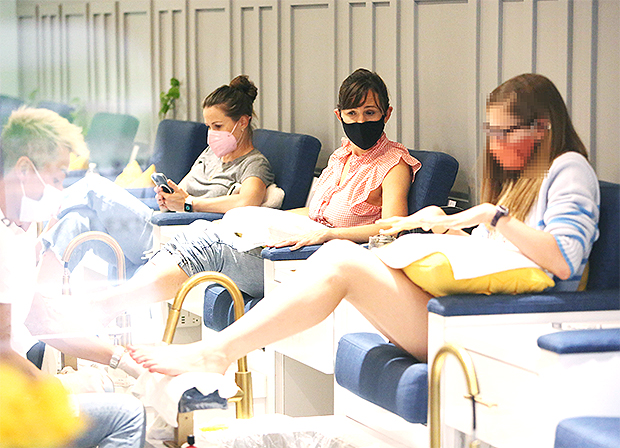 At the nail salon, Jennifer and Violet sat next to each other with masks on and chatted it up while they both got pedicures. The Alias actress wore an orange blouse and jeans, while Violet was dressed in a romper and light blue and gray sweater. Jennifer’s middle child with Ben, 12-year-old daughter Seraphina Rose, was not pictured during the outing. 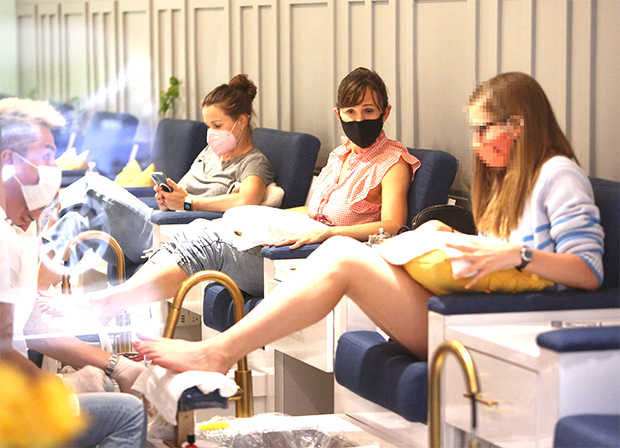 Jennifer and Ben, 48, got married in 2005, but separated in 2015. Their divorce was finalized in 2018. But in the years since, the A-list stars have developed a strong and healthy co-parenting relationship. “When you have children with somebody you’re connected to them forever,” Ben told PEOPLE in Feb. 2020, adding, “And I’m very lucky she is the mother of my children.” The exes most recently reunited on June 14 to attend Seraphina’s sixth-grade graduation.

Jennifer’s latest outings with her kids come as Ben has rekindled his romance with ex Jennifer Lopez, 51. Just one day before Seraphina’s graduation, the Argo actor made headlines for sharing his first public kiss with the “Let’s Get Loud” singer since they got back together in April. Their adorable smooch happened while they were sitting at a table at Nobu restaurant in Malibu, CA on June 13.  Before their reconciliation, Bennifer broke off their engagement in 2004 after two years as a couple. Jen Garner has yet to publicly comment on the rekindled hot-and-heavy romance, but we can imagine she has some thoughts on the topic.