Home » Celebrities » Inside The Tragic Death Of Pete Davidson’s Father

Most people know Pete Davidson as the funny guy on “Saturday Night Live,” but the comedian has also been in the spotlight for his personal life. He was recently linked to “Bridgerton” star Phoebe Dynevor, though their courtship was fleeting. He also had a long-term relationship with comedian Larry David’s daughter, Cazzie David, who wrote extensively about their relationship in her memoir.

But the comedian’s most public fling was no doubt his whirlwind romance with Ariana Grande. The two initially met in 2016, not too long after Grande ended her two-year relationship with rapper Mac Miller. And while the new couple seemed very happy — evident from the barrage of cute photos of the two during their time together — the pair ended their engagement after five months together, per Page Six. The breakup came weeks after Miller died of an apparent overdose. Grande wrote about her complicated feelings about losing Miller while still being with Davidson in her song “Ghostin.”

But Davidson himself is no stranger to grief. Keep reading to learn more about what the actor has shared about his late father.

Pete Davidson's father was a hero 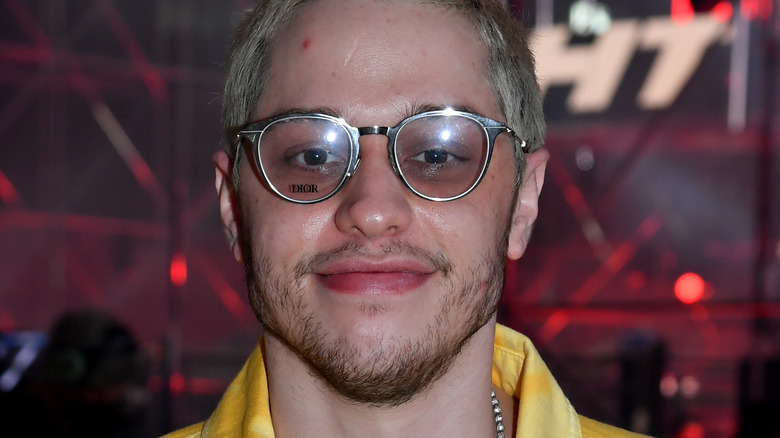 For the last 17 years, Pete Davidson has been wearing a necklace with a very special pendant around his neck, and it’s no ordinary piece of jewelry. According to Us Weekly, the necklace includes the New York firefighter logo and the number 8414, which was the badge number that belonged to Pete’s father, Scott Davidson. A New York firefighter, Scott was one of the first responders who sacrificed their lives on September 11, 2001. Along with the necklace, Pete also has his father’s badge number tattooed on his arm, per Elle.

According to The Sun, Scott was last seen entering the Marriott World Trade Center hotel before the Twin Towers collapsed. Scott was only 33 at the time of his death, while Pete was seven. In a June 2020 interview with CBS Sunday Morning, Davidson described the loss of his father as a child as feeling like “one of my best friends is forever gone.”

In the years since then, Davidson has been open about his mental health and his experience with depression and borderline personality disorder. “I’m always depressed, all the time. I have to constantly bring myself out of it,” Davidson said in a February 2020 interview with Charlamagne Tha God (via Today). “I wake up depressed, but now I know my steps. I have to go outside and be in the sun for a little bit or go for a walk. It’s all just programming yourself to trick your brain.”

If you or someone you know is struggling with mental health, please contact the Crisis Text Line by texting HOME to 741741, call the National Alliance on Mental Illness helpline at 1-800-950-NAMI (6264), or visit the National Institute of Mental Health website. 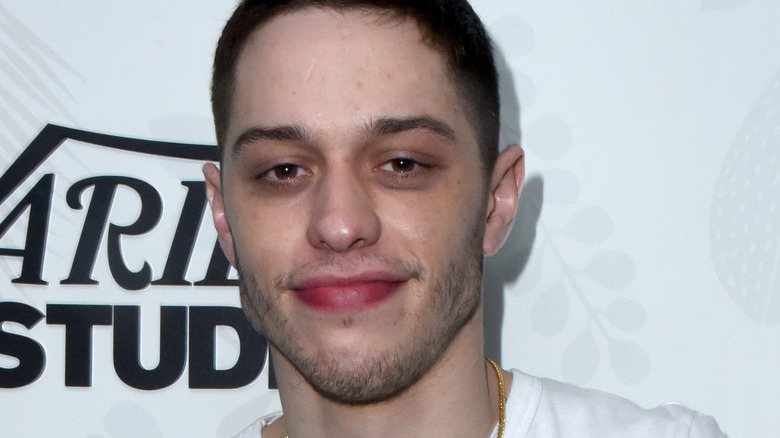 Over the years, Pete Davidson has opened up about the loss of his father through his stand-up comedy routines. But in 2020, the comedian and actor dug deeper into his trauma when he cowrote and starred in a semi-autobiographical film about his life. Directed by Judd Apatow, “The King of Staten Island” tells the story of Scott Carlin, who essentially is Davidson. Scott wants to be a tattoo artist, rather than pursue a comedy career, but there are many similarities between the actor and the character. The film covers Davidson’s upbringing, including the loss of his father and the way he used comedy as a coping method.

In a June 2020 interview with The Washington Post, Davidson said the film allowed him to explore his past in a new way.

“When you become fodder for tabloids, you don’t really have a say in how you’re perceived or the truth or any of that, for that matter,” he said. “So, I really took advantage of this opportunity to show how I truly feel. And I think that there’s something beautiful in that. And I’m very grateful that Judd allowed me to do that.”