Holly Willoughby has shared a cryptic Instagram post about regrowth and resilience after what’s been a difficult week for the mum of three. The TV presenter, 39, was forced to miss two days of This Morning which left fans worried about her wellbeing.

But Holly has defiantly returned to her usual self as she shared an inspiring post on social media which centred around strength.

“Strength… resilience… regrowth…we have a lot to learn from mamma earth,” she penned.

Alongside the poignant caption, Holly shared a snap of a huge tree that shoots up into the sky.

Naturally, fans were delighted to hear from Holly as they rushed to the comments section to second her wise words. 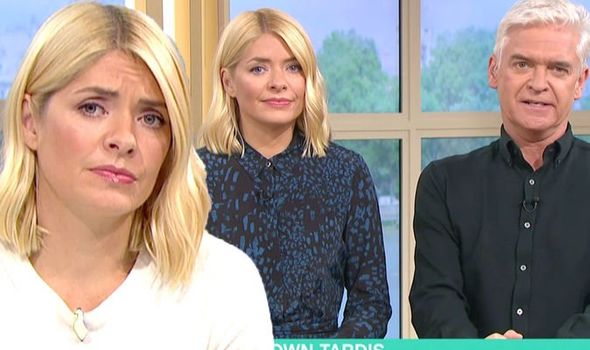 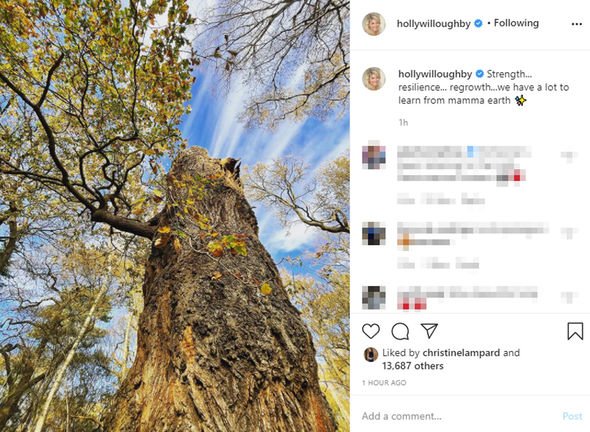 “Love this Mother Nature truly is amazing,” wrote one fan.

While a third added: “Such beautiful words. Resilience…. being at the forefront for 2020. Thank you for this.”

Holly set the record straight on Saturday about why she had missed two days in a row of This Morning. 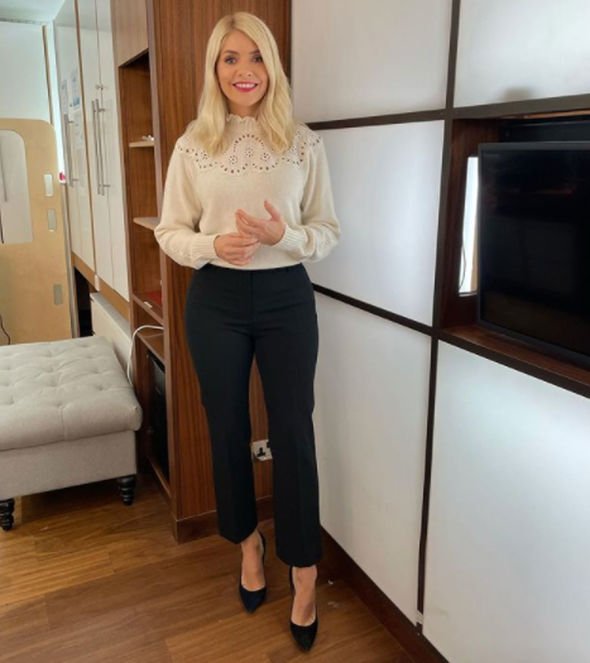 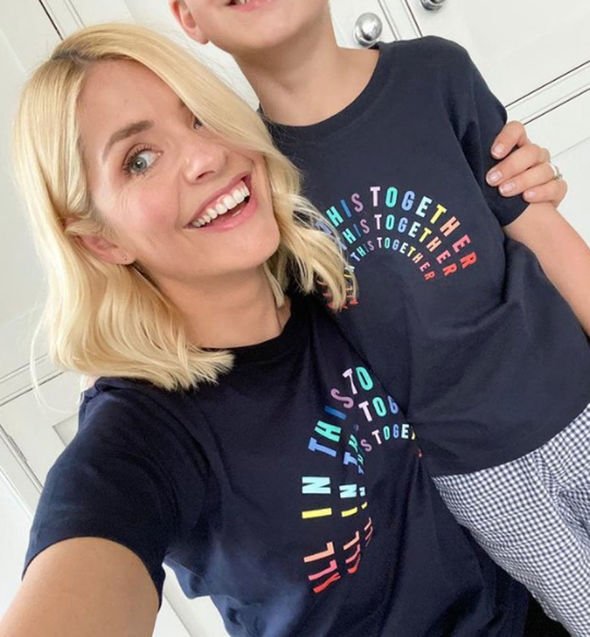 The mum-of-three revealed that two of her three children were experiencing COVID symptoms.

Holly, who shares two sons and a daughter with her husband Dan Baldwin, thanked fans for their well wishes and messages while she was away from TV screens.

The blonde beauty said she wanted to avoid worrying fans unnecessarily by her absence, but had to take care of her two kids that felt poorly.

She revealed that her kids went on to take a coronavirus test, and the results came back as negative, meaning Holly is able to return to work on Monday.

Taking to her Instagram Story, Holly penned: “Just wanted to say thank you for all your kind messages…

“Over the last few days two of our children were unwell and had symptoms of COVID,” she informed her 6.9 million Instagram followers.

“In line with government guidelines were were waiting for the results of the tests before I could return to work, couple that with wanting to look after two poorly children, it meant having two days away from @this morning.”

Thankfully, Holly, who is mum to Harry, 11, Belle, nine, and Chester, six, went on to reveal that the family received negative test results.

“Thankfully all tests came back negative and everybody’s feeling much better…” she reassured fans.

The TV star signed off: “See you Monday! Once again thank you for all the lovely messages… Holly xx.”

This Morning airs weekdays at 10am on ITV.