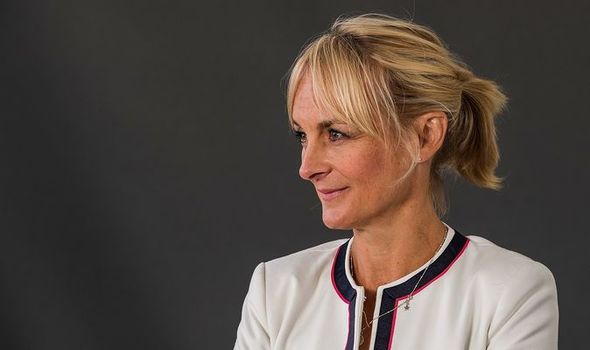 Carl Davies, 44, did not know his victims but sent chilling online Snapchat and Instagram messages. Louise, 53, and 19-year-old Mia described their ordeal as “harrowing”. The former BBC Breakfast host said: “The sentencing of a man who made horrific threats online against my daughter and I marks the end of what has been a very distressing time for both of us. I would like to thank North Wales Police and the Crown Prosecution Service.”

“I hope it sends a clear message that people who make violent threats on social media can be found, prosecuted and can expect a prison sentence.” Mold Crown Court was told that Davies received a suspended jail term five years ago for stalking Girls Aloud singer Nicola Roberts – his ex girlfriend.

He had set up 35 fake online accounts and messaged that he would stab and burn her. Davies was due to stand trial for stalking Louise and Mia but later changed his plea to guilty. The offences took place between July 14 and 17 last year.

Mia managed the social media accounts so read most of the threats against them. Brian Treadwell, prosecuting, told the court that mother and daughter had been “terrified”, did not feel safe in their own home and became “hyper-vigilant”. He added: “The defendant appears to have familiarised himself with the victims’ home address and lifestyle and cars at the home.”

In her victim impact statement, I’m A Celebrity star Louise said: “Even talking about what happened is still deeply upsetting for Mia. We are both still traumatised by a harrowing experience. I felt desperate and helpless someone had made such horrid threats against my teenage daughter.”

Davies, from Flint, North Wales, stood in the dock wearing blue jeans and a black T-shirt. The court heard he suffered post-traumatic stress disorder (PTSD) from his experiences serving in Iraq and Afghanistan.

But Judge Nicola Saffman said while this was a “significant” factor, his offences were so serious she was sending him to prison. She sentenced him to two years and eight months. A restraining order was made to last indefinitely, banning him from contacting the victims or mentioning them on social media.

Judge Saffman said psychiatric and psychological assistance should be made available to him on his release as he had never received treatment for PTSD. Duncan Bould, defending, said Davies was “damaged” by his time serving in the Gulf and turned to drink and drugs. He added: “He witnessed colleagues wounded and killed. He exhibits classic symptoms of PTSD.”