The couple who fans came to know on ’90 Day Fiancé’ have called it a day, and Evelyn divorced her husband of four years.

After four years of marriage, Evelyn Cormier announced that she’s going to divorce her husband David Vázquez Zermeño on Monday November 29 in a statement to InTouch. The 22-year-old 90 Day Fiancé reality star alleged that David had been emotionally abusive in a statement to the outlet. David, 30, denied the allegations.

Evelyn, who was also a contestant on season 17 of American Idol, explained that she had decided to split “after prayerful consideration and counsel,” and noted that their separation showed how social media can be deceiving. “I’ve endured mental and emotional abuse because of a passionless, sexless and narcissistic relationship,” she told InTouch. “This is a very difficult time for me and there is a long road of healing ahead, but I’m trusting God and the plan He has for me.”

When David denied Evelyn’s statement, he also called for privacy as the couple divorces. “God knows the truth about all our marital problems,” he said in a statement to InTouch. “Out of respect to our marriage that lasted four years, I wish not to disclose any more details.” 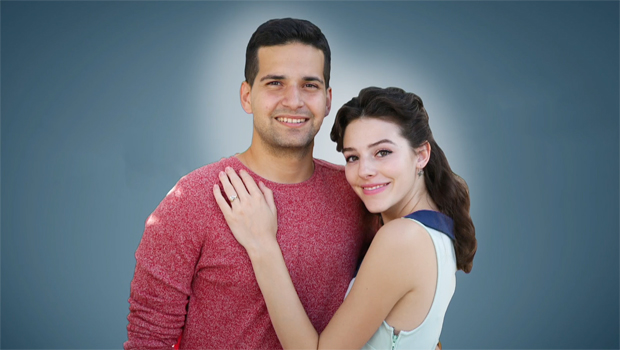 Prior to Evelyn announcing their divorce, the American Idol alum had spoke about rumors that the couple had split up in an interview with People in February 2021. She said that she regularly received questions about whether or not they were still together, and she found it to be impolite. “I do a lot of modeling on the side and I don’t always wear my wedding ring, but that doesn’t mean there’s trouble in paradise. People like to read into everything,” she said. “And I also think it’s kind of a rude question to ask a married couple if they’re still married. I’m not going up to married people and asking if you’re still married.”

The couple had met on Facebook and married in 2017, when Evelyn was just 18, via Us Weekly. The singer’s journey with David was chronicled in the fifth season of 90 Day Fiancé, before she’d competed on American Idol. After her run on Idol, where she made the top 20, Evelyn and David both starred in the spinoff series Love Games.