In case you hadn’t noticed, Erika Jayne is going through a lot of legal drama—and now her Real Housewives of Beverly Hills salary has been published in the New York Times.

In a lengthy piece about Erika published this month, the outlet revealed that she made a reported $600,000 for season 11 of the show. Us Weekly further reports that Erika’s salary will doubtlessly increase if she continues with the show amid her legal issues.

“It’s going to be much more next season,” a source tells the outlet, adding that Erika has been the “sole focus this season” and after being “put through the wringer and following producers’ orders,” there is “no question” she will “demand a higher paycheck” if she returns for an additional season.

As the source puts it, “The ratings were off the charts because of her story line and what she’s exposed. What she’s dealing with [regarding] Tom and the court is not over yet so you can only imagine what next season is going to bring.” 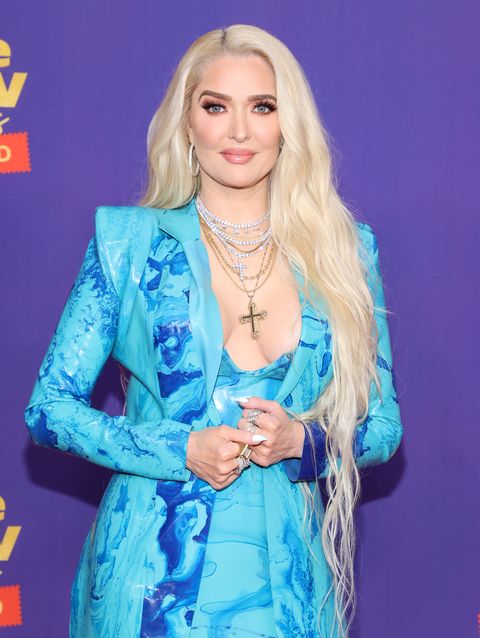 Us Weekly also reports that Bravo has been subpoenaed for unaired Real Housewives of Beverly Hills footage ahead of the reunion, with attorney Jay Edelson saying in a statement, “We have all seen Bravo ride the Girardi embezzlement scandal to historically high ratings. For the most part, Andy Cohen and Bravo have protected Erika, paying her—according to reports—as much as $600,000 to be on the show this year while allowing her to cast herself as the primary victim of Tom’s criminality.”

The statement continued to reference the lawsuit Erika and Tom were named in back in December 2020, which claimed they embezzled from settlement funds meant for families of people who died in a 2018 Lion Air Flight 610 plane crash. (Erika’s lawyer Evan Borges responded to this by telling the New York Times that Erika didn’t know anything about what Tom is accused of nor did she know how he managed his firm’s finances. “Erika doesn’t have personal liability for any of those transactions,” Mr. Borges said. Tom declined to comment on the allegations to the New York Times.)

“Although the reunion trailer suggests that Andy is finally going to ask the tough questions of Erika, he is strategically doing so to increase his ratings and make Bravo even more money,” Jay Edelson said. “We believe that Bravo has a legal and moral duty to cooperate in our litigation so the true facts come out and the families of the Lion Air crash victims can get some justice.”