Emma Stone has stepped out for the first time since welcoming a daughter with her husband Dave McCary. She was seen rocking a black tee while picking up coffee.

Emma Stone, 32, stepped out for a coffee run on May 2, just one month after welcoming her first child with her comedian husband Dave McCary, 35. The Oscar winner was glowing in a cropped black tee and loose fitting, light wash jeans as she picked up two large beverages from Starbucks in the Pacific Palisades neighborhood of Los Angeles. It seems the new parents needed some caffeine, having welcomed a baby girl on March 20. 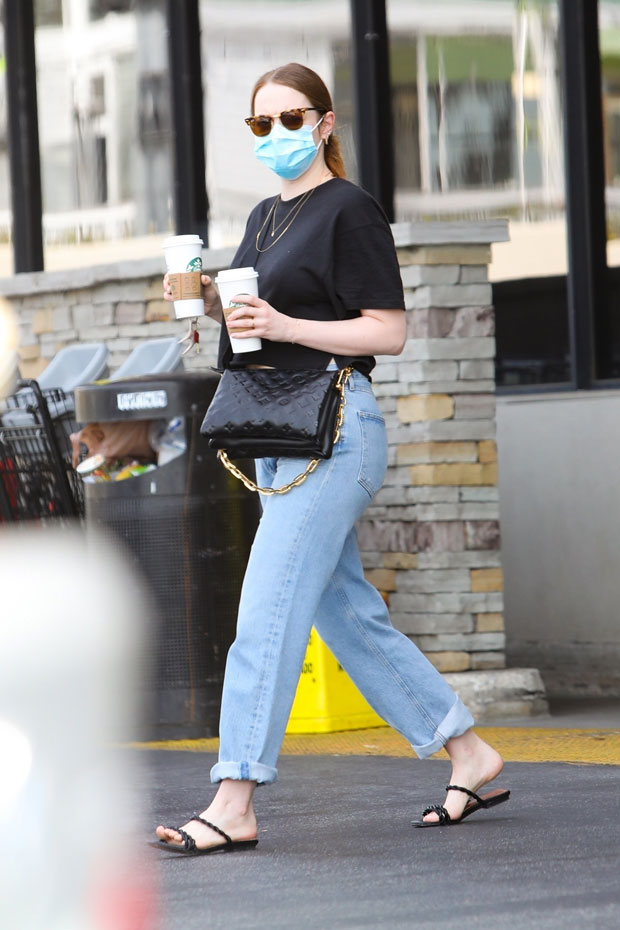 The La La Land star accessorized with black sandals, a black Louis Vuitton bag with gold chain detailing, and layered gold necklaces. She also donned tortoiseshell sunglasses and wore a blue protective face mask, as she slicked her auburn hair back into a low ponytail. Although Emma hasn’t spoken publicly about her little bundle of joy, and insider told Us Weekly last month that the pair were doing well.

“Having a baby has brought them closer in a way they never expected,” a source told the outlet, explaining that Emma “has been at home with her husband and the baby,” and has remained “very low-key and has asked people to just respect their privacy during this time.” Her husband, who is a writer on Saturday Night Live, has been “hands-on and helping with their daughter” while Emma has been “soaking in all the precious moments of being a mom for the first time”. 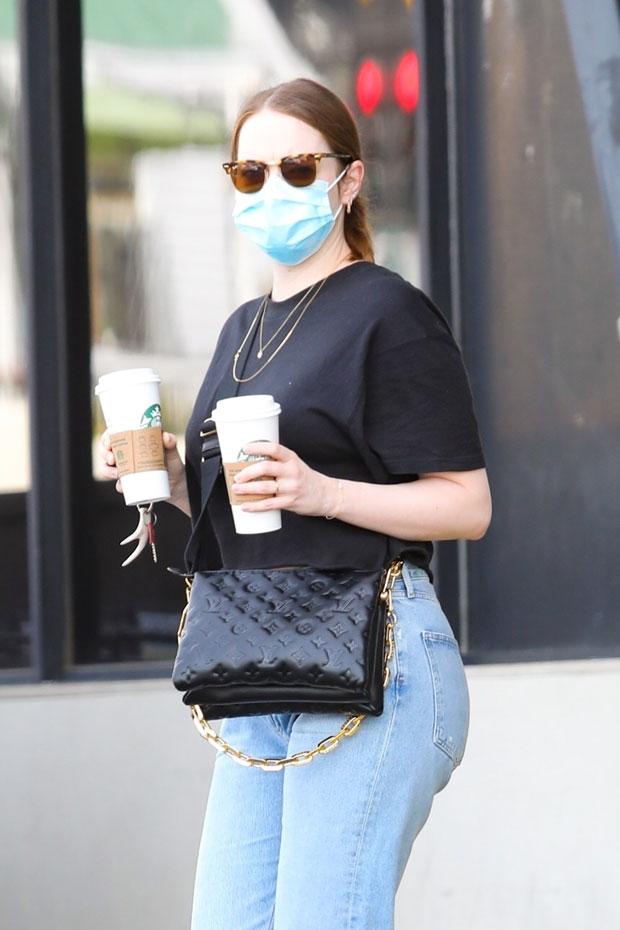 The sweet couple have been dating since 2017, and met when Emma hosted SNL. According to some reports, he directed her during the “Wells for Boys” skit on the show — and the rest is history. They got engaged in December 2019, which they revealed when Dave posted an adorable selfie with Emma and her sparkling ring. They got married in September 2020, after the COVID-19 pandemic foiled their initial wedding plans, and now they’re a family of three!

The pair remained very low key over the years, however Emma did open up to her pal Jennifer Lawrence about having kids, in the September 2018 issue of Elle. “My perspective about kids has changed as I’ve gotten older,” she confessed. “I never babysat or anything. As a teenager, I was like, I’m never getting married, I’m never having kids. And then I got older and I was like, I really want to get married, I really want to have kids.”