The drama between DaBaby and DaniLeigh is far from over. While DaBaby was on Live to share his side of their recent fight and say Dani was never his girl, she popped in to clap back at the claims.

A day after DaBaby went viral over a video where he called the cops on DaniLeigh while she was feeding their three-month-old child, DaBaby (Jonathan Kirk, 29) went on Instagram Live again to try and explain himself. As he was talking, DaniLeigh (Danielle Leigh Curiel, 26) came in to confront him over the claims he was making. “I’m glad she walked up, so you can see that nobody was put out,” he said. “Me calling the police, that’s like, for my safety, because this is what I’m dealing with,” he said. “This is the real deal, ‘coocoo for cocoa.” DaniLeigh argued with him calling her “coocoo,” saying that he “wanted to get on Live to talk sh-t and put everybody in our business, trying to act like we haven’t been together.”

“We haven’t been together,” said DaBaby. In another video, DaBaby claimed that DaniLeigh was “just a side” chick and that he was never his girl. “Somebody tell Maury [Povich] to come,” he said while laughing over DaniLeigh’s reaction. In response to these claims, DaniLeigh went on her Instagram Story and posted videos of them together, supposedly from 2019 and 2020, to imply that she was not just a “side” chick. There were numerous photos and videos of them being physical with each other, including a series of videos filmed in a bed together. “A whole side b-tch,” she captioned one shot. “Flew out his whole family and got me a crib boat, cars, all that for my birthday. For a whole side chick.” 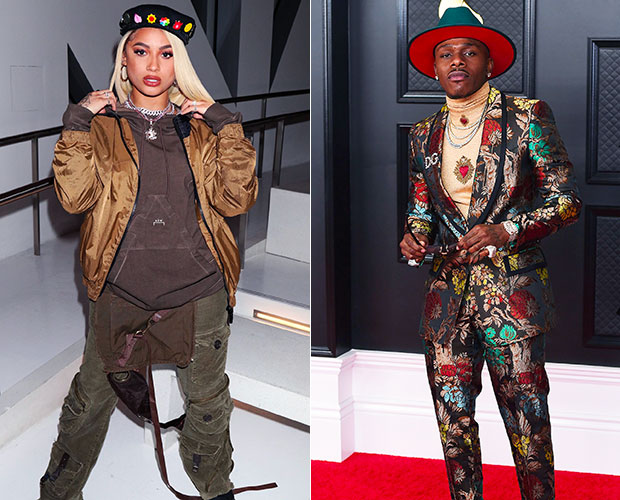 “Then left my ass when I got pregnant,” she captioned another IG Story, this one showing a sonogram of their child. “Then got me back like a dummy,” she wrote on another Story, one showing him kissing her (while very pregnant) as she sat with her feet in a pool. “If that all is side chick behavior bet…I was blind in love and dumb…” wrote DaniLeigh. “But aye used to this man embarrassing me on the Internet. All BC he know he wrong! Sad…that’s how y’all had to see my baby for the first time…evil ass man.”

DaBaby — Pics Of The Rapper 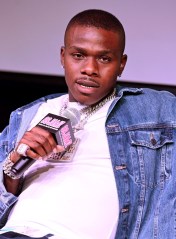 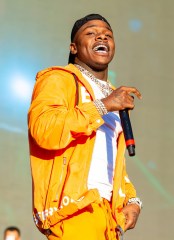 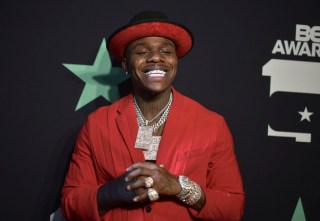 DaBaby and DaniLeigh’s clash is sadly not the only moment that the “Rockstar” rapper trended for something other than his music. In July, DaBaby shocked the music world during his Rolling Loud set. First, he brought out Tory Lanez, the man who allegedly shot Megan Thee Stallion, as a surprise guest (keep in mind this was shortly after Meg had performed on the Rolling Loud stage.) Then DaBaby went on his now infamous-homophobic rant. He faced widespread condemnation and was dropped from many scheduled performances as a result.