A dancer who appeared on “Dance Moms” was arrested on seven felony charges including sexual misconduct and sexual battery of two minor students.

A lawyer for Coscuelluela could not immediately be reached by Fox News.

An affidavit shows that investigators interviewed two alleged victims who claimed to have taken lessons with the dancer at Peaches Dance and Music in Orlando, Fla. 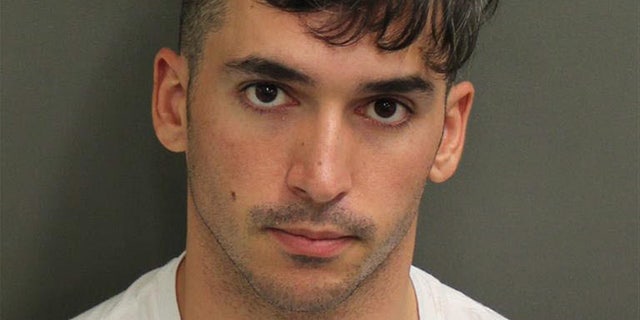 One female victim alleged that Cosculluela invited her to his apartment on more than one occasion. In early December, she was there in between lessons in which she performed oral sex on him. This same incident occurred a second time a little over one week later.

After one of the incidents, the victim claimed Cosculluela informed her, “‘None of this happened, erase this from your memory and don’t tell anyone,'” the affidavit states.

The victim told authorities she viewed Cosculluela as someone “famous,” “important” and influential” and noted he was on “Dance Moms.” She also claimed she feared what the repercussions would be if she did not fulfill his requests from her.

“The victim said that Kevin started treating her differently after they started talking to each other over text. She said that he could be ‘scary’ sometimes if she didn’t do what he wanted. She explained that Kevin would threaten to take away lessons, ignore her during lessons, yell at her, swear at her and not speak to her for days if she didn’t do what he wanted. She said that it affected her greatly when he iggnored her during her dance lessons because of how important she viewed him,” the affidavit states.

The victim noted that in addition to communicating over text messages, Cosculluela requested they begin comunicating through Snapchat which “started progressing towards more affectionate and sexual context.”

A second victim alleged similar communication from Cosculluela. She explained her conversations became “intense” after he added her on Snapchat.

“She said that Kevin’s messages would be about his feelings for her and his intentions with her, as in being in a relationship together and having sex,” the affidavit states.

The second victim said she never had sex with Cosculluela but had been to his apartment over 10 times. In one incident, she alleged he “brought her into his bedroom and pushed her on to his bed…and laid on top of her for approximately two minutes.” She claimed he did not move or touch her.

According to an order of commitment on file in Orange County, Cosculluela has been ordered to have “no contact with any child under age 18.”

TMZ was the first to report Cosculluela’s arrest. The affidavit notes that Cosculluela was fired from Peaches Dance and Music. The dance studio did not immediately respond to Fox News’ request for comment.